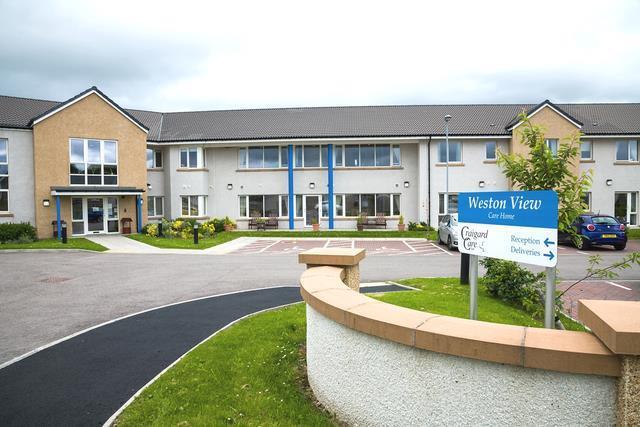 Inspectors discovered a wet mattress with urine during a visit to a Moray care home.

It was one of a catalog of problems the Care Inspectorate found at Weston View Care Home in Keith during an unannounced visit in August.

They issued the home with a letter of serious concern on their first day of the three-day visit.

“We checked the person’s bed and found that the bed had been made that morning on a damaged mattress cover and a mattress that was wet with urine,” they said in a report.

“Quality assurance is everyone’s responsibility and staff should have noticed the smell, the condition of the person’s mattress and taken action to ensure it was replaced.”

While the service carried out mattress audits, it had not identified that this person’s mattress was damaged and in need of replacement.

As a result, inspectors were not confident that these audits were being carried out effectively.

Inspectors – who had returned to the 40-bed home on Sellar Crescent following an inspection in May – described the leadership as “weak”.

They found that a number of the requirements sought after the May visit had not been met, and have now given the home – operated by Craigard Care Limited – until October 21 to take action.

The latest inspection took place on August 5, 8 and 11.

Grading the quality of leadership at home as “weak”, the two inspectors said “no significant actions or improvements had been undertaken to improve quality assurance within the service since our last inspection”.

Food must be stored hygienically

They raised concern about the way food was stored and prepared too.

The report states: “The upstairs servery was unclean and unhygienic. People’s breakfast was not being prepared safely.

“The letter of serious concern also included a requirement to ensure people’s food and drinks were hygienically stored and prepared.

“By the end of the inspection, improvements to the upstairs servery had been made. It had been deep cleaned, food containers had lids and no food was left uncovered.”

Inspectors said it had been previously agreed the service would refurbish the servery. However, this had not yet happened.

By the end of the inspection, new cupboard doors and worktops had arrived and arrangements had been made for these to be fitted.

The report continued: “Incidents which were notifiable events to Care Inspectorate were still not being submitted. The manager must ensure that relevant notifications are submitted so that we are aware of, and can assess the service’s response to situations when there was potential for people to be harmed.”

Inspectors want to see an action plan developed for the home, and equipment audits being carried out.

Staff were also told to develop support plans for residents, which included the views of those being supported.

The report said: “People’s plans did not evidence their involvement, or involvement of people important to them, in the development process.

“Review meeting notes were not available for people to read. It was unclear if formal review meetings were taking place on a routine basis.”

Action had been taken on providing safe and respectful overnight care that assessed the continence, skin and overnight care for one particular resident.