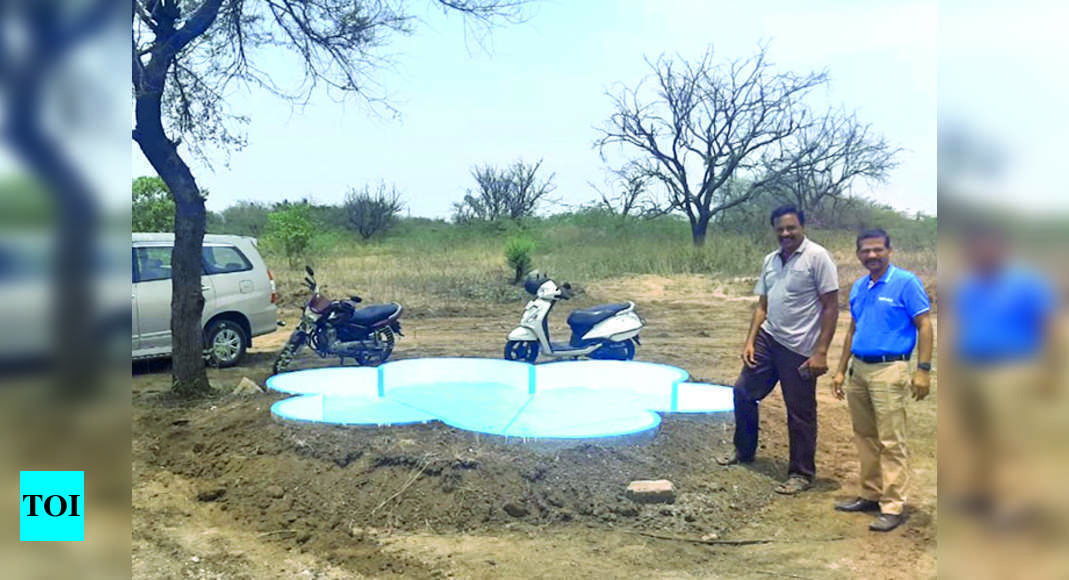 Coimbatore: Members of NGO Kaushika Neer Karangal have set up a 6,000-litre tank inside the sprawling Chinnavedampatti lake, which has turned bone-dry.
The lake, spread over 200 acres, is home to birds, reptiles and small animals. It contains water only in the rainy season and remains dry the rest of the year, causing distress to birds and animals.
As many as 120 varieties of birds, including 25 migratory birds, visit the lake every year. Mongooses and jackals were also spotted there.
S Sivaraja, coordinator of Chinnavedampatti Lake Restoration Association and a member of Kaushika Neer Karangal, said they decided to set up tank as major and permanent structures are not allowed inside the lake, which is owned by the public works department.
“The tank is made of precast cement, similar to that used to make well rings. We will use a tractor to carry water to the tank once a week. It was constructed at a cost of 25,000, using the CSR fund of Bosch, with the help of Residents Awareness Association of Coimbatore. Mayor Kalpana Anandakumar will inaugurate it on Sunday,” Sivaraja said.
“We made elaborate arrangements to study movement of birds and animals, before finalizing the location to set up the tank. We plan to set up more such structures if this one proves beneficial.”
The lake can hold 30 TMC water, a representative of the NGO said.
“It didn’t receive water from the catchment area due to destruction of streams in Thadagam valley. Residents want authorities to turn it into a reservoir by drawing water from Bhavani basin. Such a project will improve groundwater level in its surroundings and help to supply drinking water to the northern part of the city,” he said.