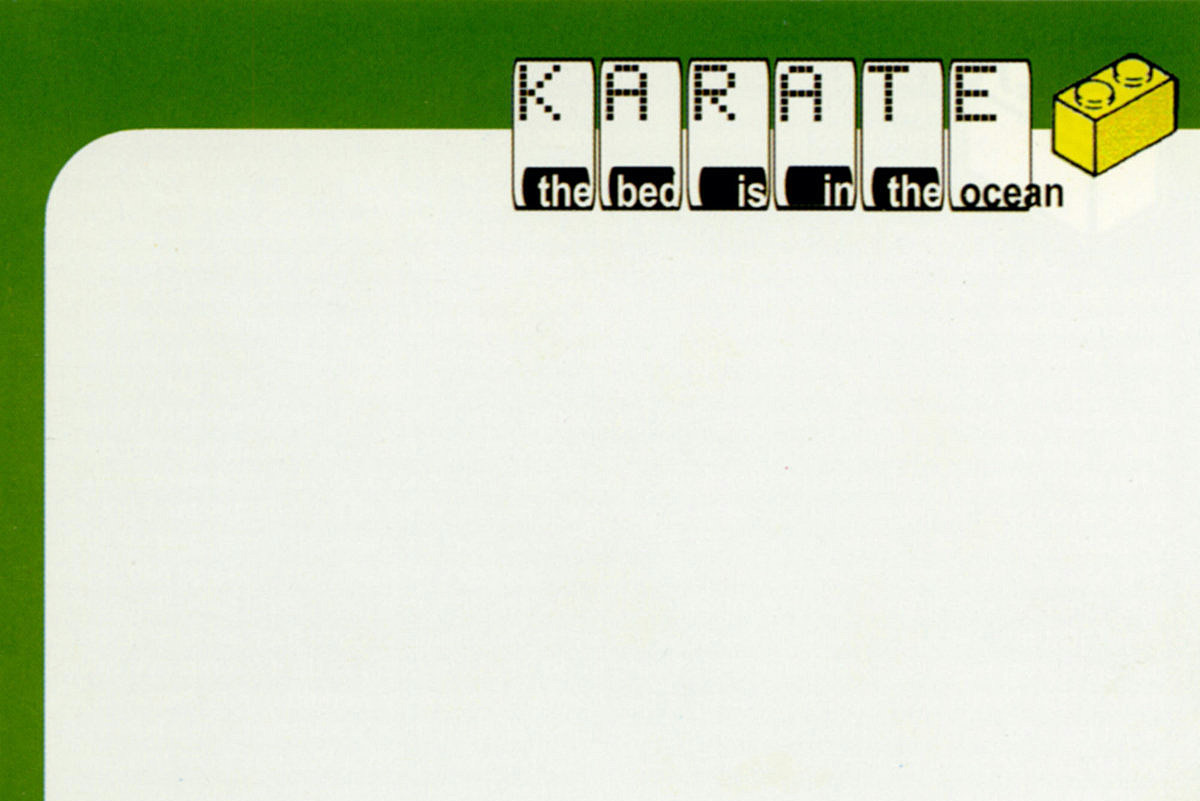 Post hardcore/post rock/emo/indie vets karate have continued their vinyl reissue campaign with Numero Group with a reissue of their third album, 1998’s The bed is in the ocean. Get yours here. If you’re unfamiliar with the classic LP, this AllMusic review sums it up nicely:

Karate’s third full-length album showcases the Massachusetts quartet’s talent for simple indie rock instrumentation and emo-esque lyrics. The Same Stars opens with an extended jazzy introduction, giving way to Geoff Farina’s soulful crooning and the jazz-indie-rock fusion to come. “Diazapam” opens with a funky experimental guitar line before Farina’s vocals kick in to control the tempo with his most demanding vocal presence on CD to date. Its energy creates a sonic splendor throughout the song, but that energy is not continued in the next track, “The Last Wars,” which is another of the band’s subtle ballads. “Bass Sounds” is, as the title suggests, a bass-heavy anthem full of metaphors from the engaging Farina. The minimalist instrumentation on “Fatal Strategies” serves to give Farina’s voice more room to expand. The same strategy is used on many other songs on The Bed Is in the Ocean. The soft opening tone of “Not to Call the Police” leads to a song that is classic karate: simple, direct, emotional and effortlessly bewitching. Like the album’s artwork, which features a range of Lego toy parts, the album is carefully assembled to create a one-of-a-kind work of art.

The reissue is available to pre-order now on black vinyl from the BrooklynVegan Shop.

Read more about how the karate reboots came about here, and stay tuned for what’s likely to come.

electricity The bed is in the ocean: