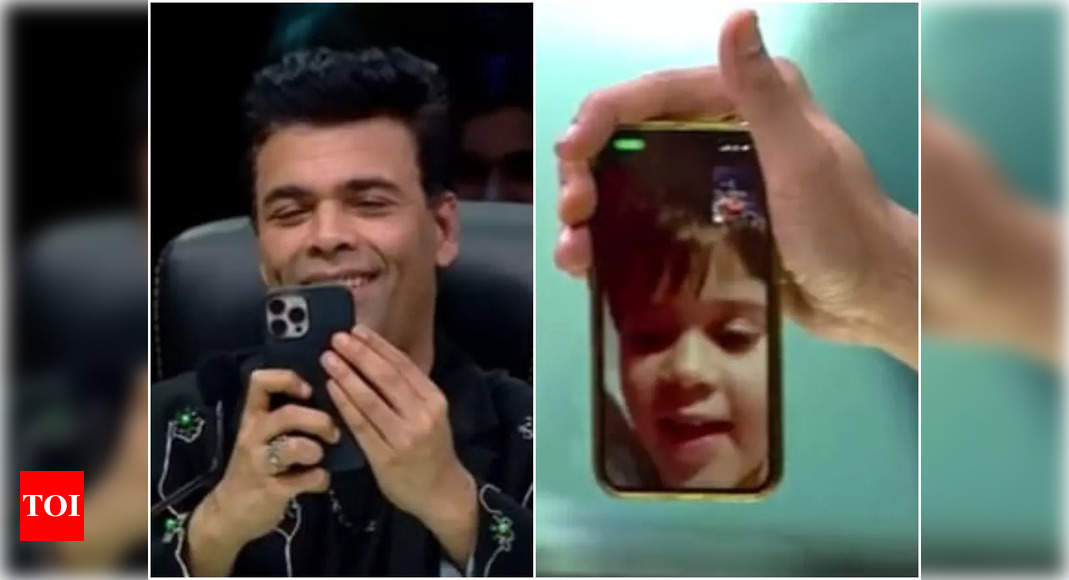 Karan Johar, who is ready to return to the small screen to judge Hunarbaaz-Desh Ki Shaan, was seen in the show’s latest promo, which the channel shared on its social media accounts, with a video in which he called his children. In the video, Karan, who is known for being a doting dad, stole a few minutes from his shoot and called his kids to say “goodnight.” He speaks to his twins Yash and Roohi in the video while his co-judge Parineeti Chopra says, “I love you 1,021.”

Karan also recorded a video on his phone of two human-sized teddy bears dancing on top of Scobey Dooby from the movie 3 Idiots. He later said, “Maine video banaya tha taaki main kal subah apne bacchon ko dikha sakoon. (I recorded a video on my phone to show my kids tomorrow. They’ll be too excited after watching it. I felt like I was watching a live show in a Disney land.”

The show’s presenters Bharti Singh and Haarsh Limbachiyaa were seen hugging and playing with the teddy bears.

Karan Johar had said in a statement on the Hunarbaaz judging: “I couldn’t be more thrilled to be part of a show that celebrates people’s talent and puts it in the spotlight for the whole country to take notice of. Hunarbaaz-Desh Ki Shaan’ is an honor and a great responsibility for me to judge and support emerging talent from across the country. I am ready and ready to give India its first Hunarbaaz and can’t wait to have Mithun there and Parineeti by my side.”