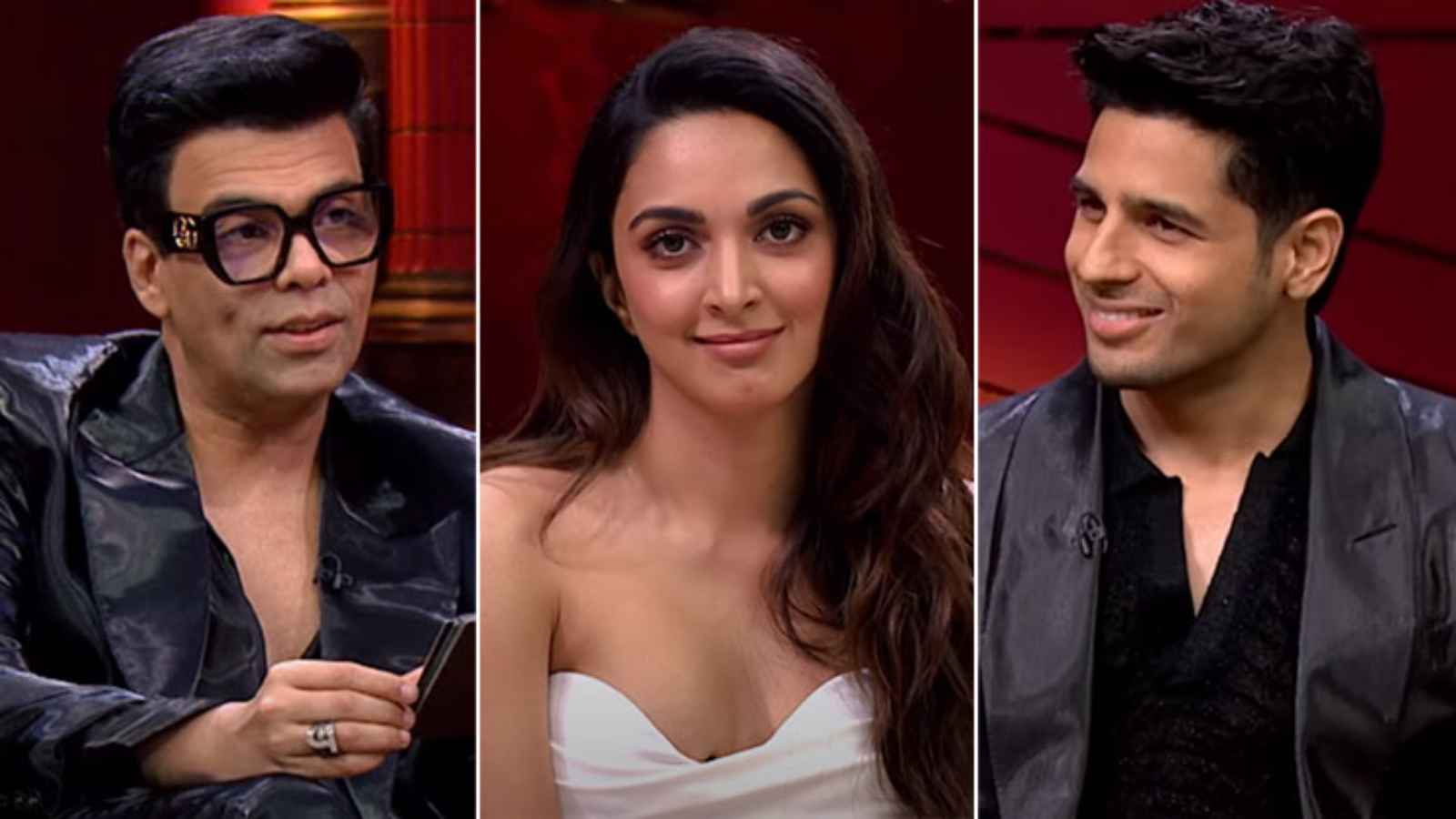 In a new episode of ‘Koffee with Karan 7’, ‘Kabir Singh’ duo – Shahid Kapoor and Kiara Advani spilled the beans about their sex lives. But what caught the attention was Kiara’s statement on the ‘role-play in bed’ question. Host Karan Johar prepared a bunch of saucy questions for his new guests- Shahid and Kiara as they appeared in the eighth episode of the show.

In an interesting ‘Bingo’ game in the episode, both Shahid and Kiara had to circle the things they did in life which included statements like, ‘ b*tch-slapped a co-star in your head, hated the gift and many more. Shahid ticked a statement that reads, role-played in bed. When questioned by Karan, Shahid said, different relationships call for different approaches.

Karan said: Role play. Kiara gave an interesting expression during this conversation, which leads Karan to ask her the same question.

He asked Kiara, “You haven’t played?” To which the ‘Bhool Bhulaiyaa 2’ actor responded by blushing and said my mother is watching the show, I am not answering these ones.

Shahid also added, “Kiara you are such a liar.” “So what?” Karan asked Kiara, before adding, “Your mother thinks you are a virgin.”

Kiara while smiling replied, “I hope so.” Kiara and Shahid did open up a lot about their personal lives and the show, which, overall, was quite an entertaining watch.

Another fun bit from Kiara’s rapid-fire, however, has been one of the highlights of the fun episode. In the rapid-fire round, Karan asked Kiara which celebrity would she love to have in her bride squad, and Kiara, very fondly answered, “Alia Bhatt” . Kiara said, “I’d really love Alia Bhatt to be in my bride squad. I love her, she is so cute.”

It’s important to highlight here that Sidharth and Alia were rumored to be dating while they were shooting for their film ‘Kapoor and Sons’. Coming back to the episode, Karan and Shahid teased Kiara throughout the show about her relationship with Sidharth Malhotra. Karan even got her to admit somewhat her relationship with Sidharth. Kiara revealed in the show that Sidharth Malhotra is “more than a close friend” to her.

Karan and Shahid kept pulling her leg by saying that going by the way Kiara is talking, maybe she’s ready for marrying Sidharth Malhotra. On the work front, Kiara will be next seen in ‘Govinda Naam Mera’ alongside Vicky Kaushal and Bhumi Pednekar and in ‘Satyaprem Ki Katha’ along with Kartik Aaryan.