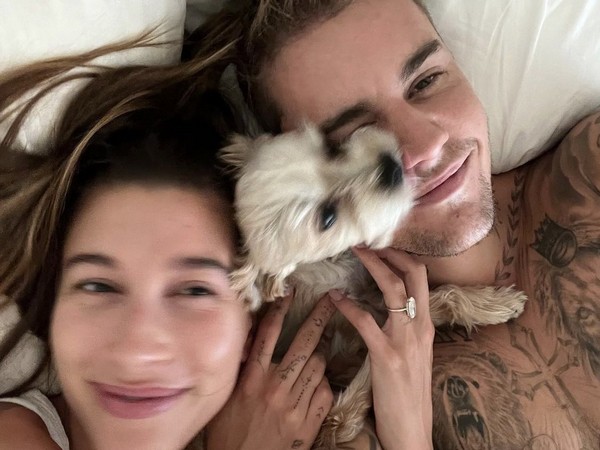 Washington [US], August 4 (ANI): Looks like Justin and Hailey Beiber had quite a happy, sunny morning! On Wednesday, Justin shared an adorable photo of himself, Hailey, and their pet dog Esther and fans have ever since been in awe of the Beiber family.
In the photo all three of them look happy, smiling for the camera in their bed. Justin captioned the photo, “GOOD MORNING FROM THE BIEBER FAMILY”. 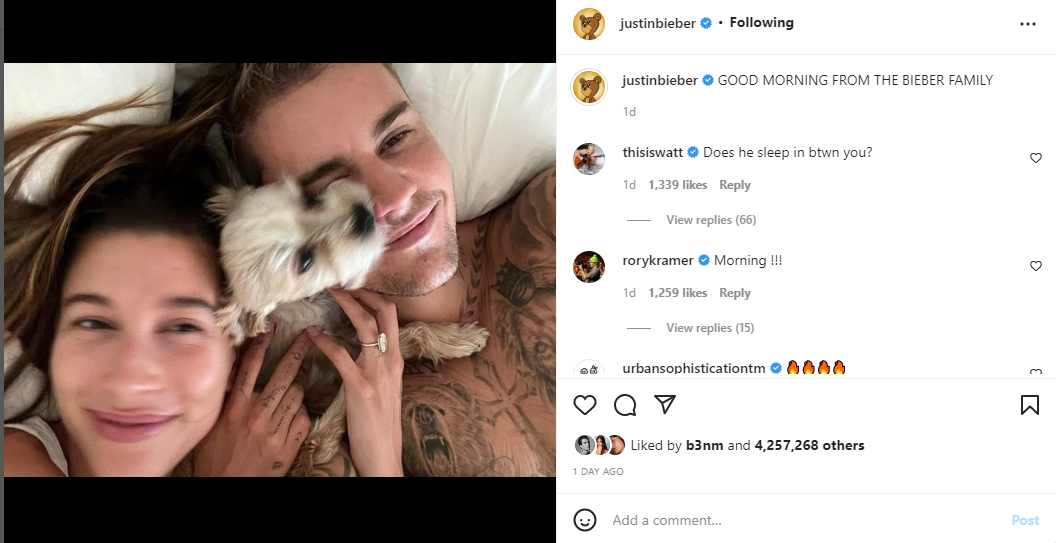 After this adorable photo, Justin took Instagram by storm as he posted many pictures from his concert. Over the weekend, Justin was seen back in form as he restarted his ‘Justice’ tour with a power-packed performance at the Lucca Summer Festival in Italy. 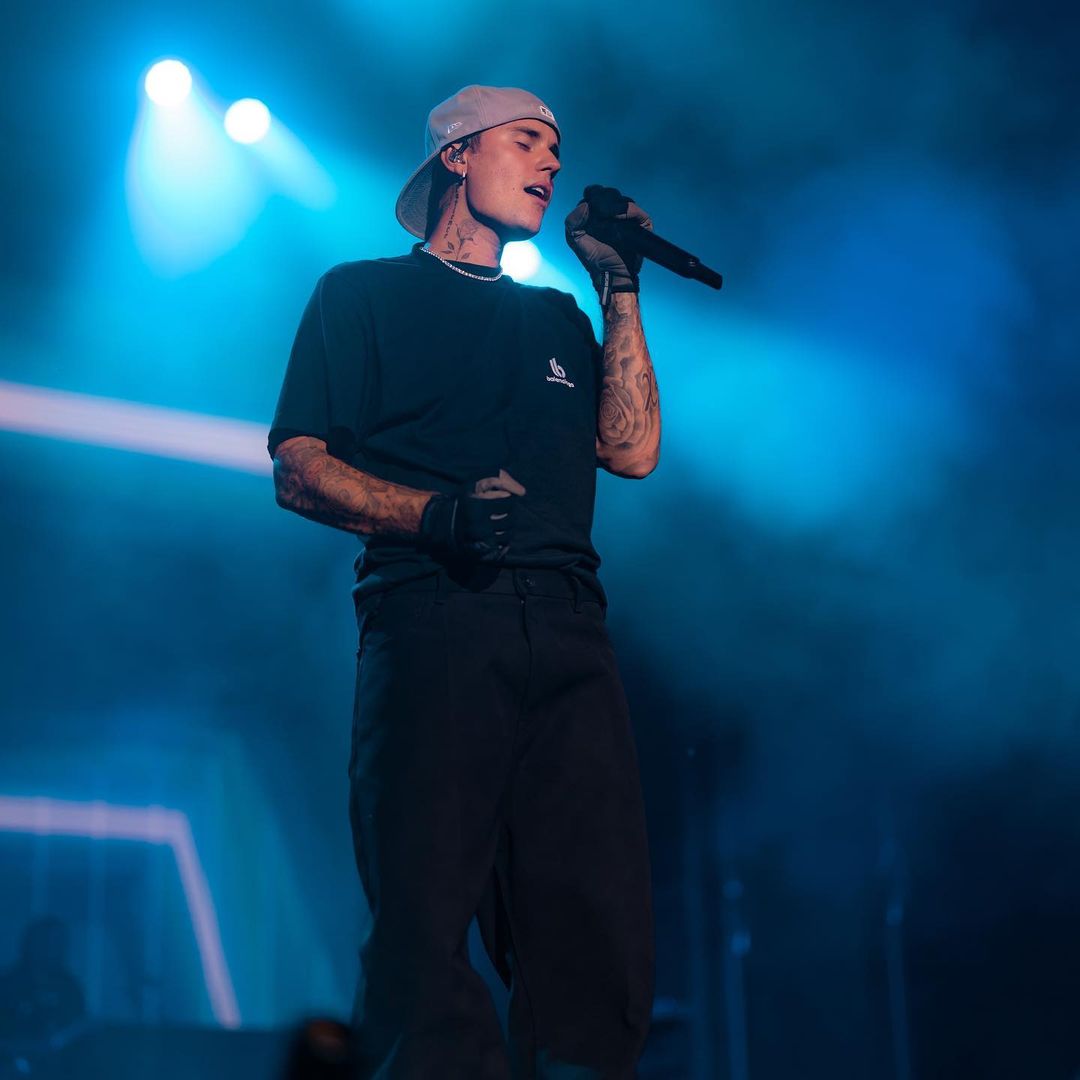 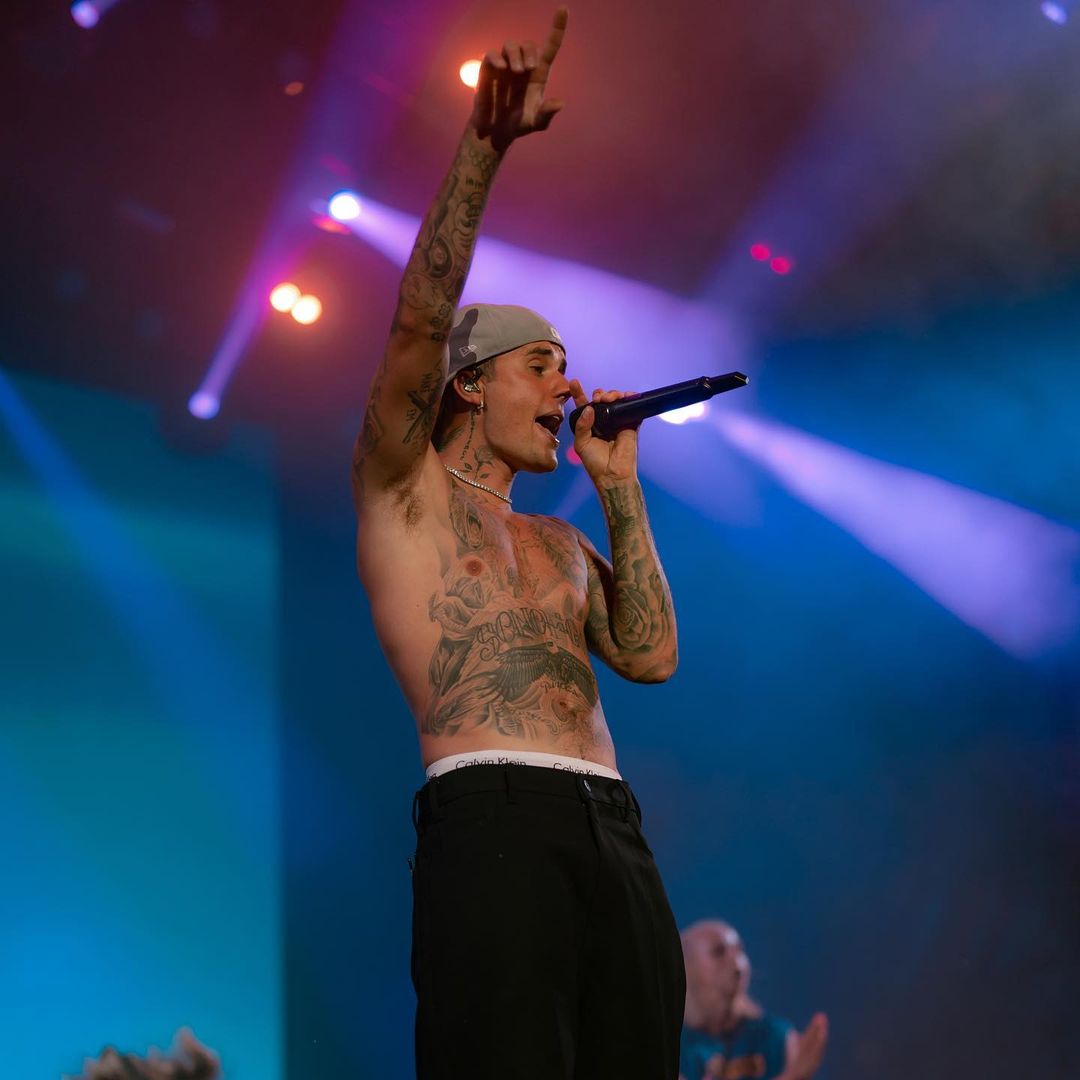 The stadium was jam-packed as fans gathered to see their favorite pop sensation back in action. 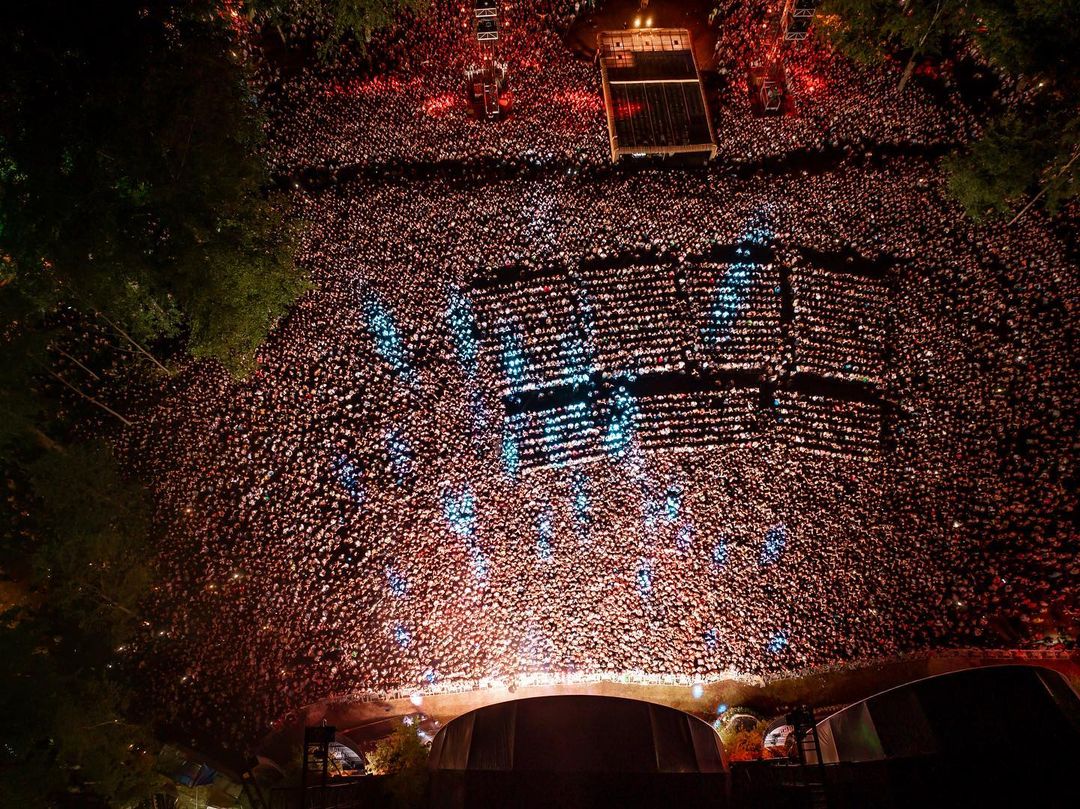 He even sang his first song ‘Baby’ at the concert, making the audience sway away into nostalgia.

Justin had earlier canceled a lot of his shows in North America after being diagnosed with partial face paralysis, leaving millions of fans concerned.
Now, as a part of the tour, Justin will be in India on October 18. He will be performing at New Delhi’s Jawaharlal Nehru Stadium on the mentioned date. The tickets for the concert are live now and are priced from Rs 4,000 onwards. (ANI)