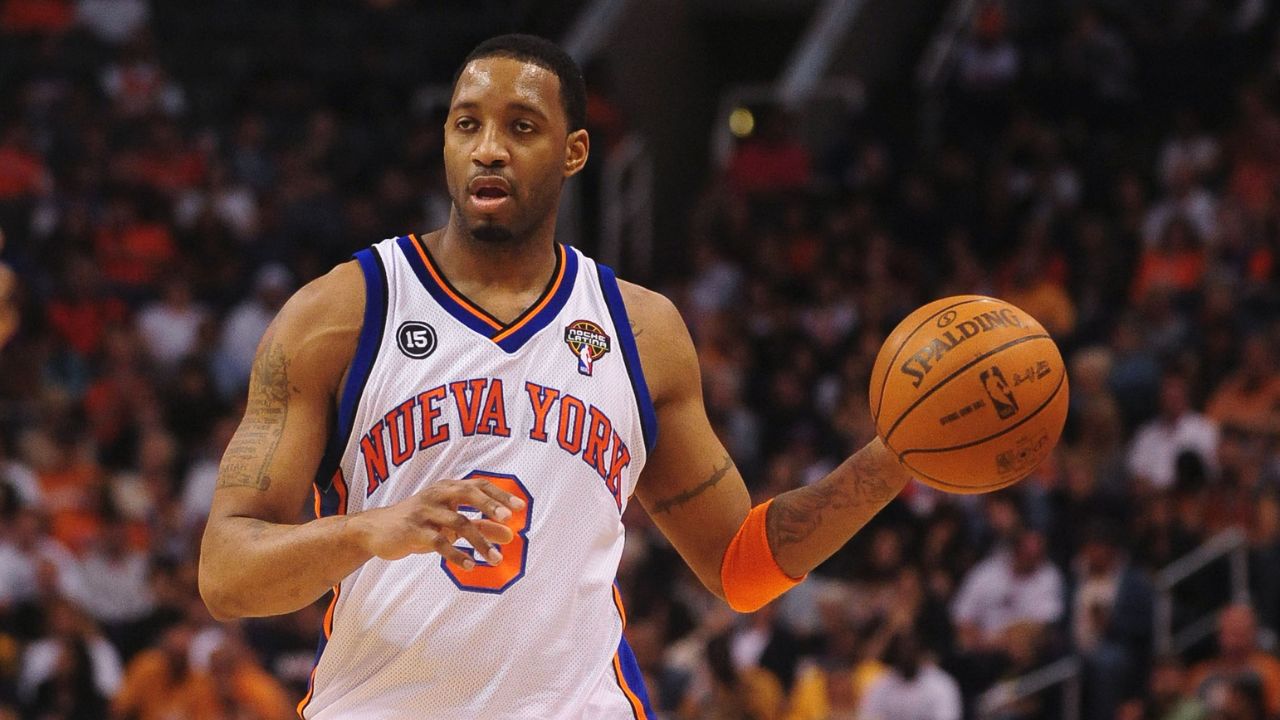 Tracy McGrady is one of the most offensively gifted players in the history of the league. Despite sustaining several horrific injuries, the “Big Sleep” managed to play 16 long seasons in the tiring NBA.

Over the span of his illustrious career, T-Mac managed to build up a resume good enough to get him enshrined into the Hall Of Fame. The 6-foot-8 forward played for 6 franchises and got selected to 7 All-Star Games and 7 All-NBA Teams, won the 2001 Most Improved Player award and even picked up 2 scoring titles.

Thanks to the success McGrady witnessed on the court, the swingman earned the big bucks. At the conclusion of his career, the Rockets legend had racked up a grand total of $162.4 million in salary alone.

McGrady earned a lot more with several lucrative endorsement deals he signed. And one particular deal that stands out, is the first-ever Adidas contract signed by an 18-year-old Tracy.

Before receiving any money from his NBA salary, Tracy got his first paycheck out of the 6-year, $12 million deal he signed with Adidas. $500,000. in cash

Now, half a million is a huge amount. It is an even bigger figure for a teenager who has never seen so much cash together in his life.

Requesting his first paycheck to be in cash, McGrady revealed that he threw all the money on his bed and just waddled around with it.

Also stating that he took care of his parents and grandma with the money he got from the Adidas deal, on “The Pivot Podcast”, McGrady revealed:

“The first thing I did was take care of my mom and grandma and my dad, you know what I’m saying? I took care of all three of them. I received my first check, it was like $500,000 and I wanted it in cash. And I remember I was in my room bro upstairs. And I just threw all that money on the bed, and just waddled in the bed, just rolling around. Sh*t, I couldn’t believe (it). Just me and $500,000 making love, that’s it.”

McGrady credits the Adidas contract for impacting life, despite a “rocky” relationship

Adidas and McGrady shared a 25-year bond before putting an end to their relationship. In fact, the NBA icon even described his relationship with Adidas as “rocky”.

However, despite the “rocky” relationship, McGrady credits the $12 million deal, calling it life-changing for him and his family.

“Where I come from, I grew up in Florida, and it was the biggest drug hole in the county. If it wasn’t for the structure that I had within my house, who knows, I probably would have deviated from the course, and growing up in the hood; you see crackheads all the time. So for me, at 18 years old, to retire my parents at an early age. The impact on my life and my family, nothing can supersede that, nothing. I wasn’t just satisfied in getting to the league, and I wanted more.”

Even though Tracy is not signed by Adidas anymore, he will forever be one of the most decorated athletes to be associated with the sporting giants.

Also Read: LeBron James Proclaims 2016 Christmas Game Against Kevin Durant and the Warriors the Best Ever