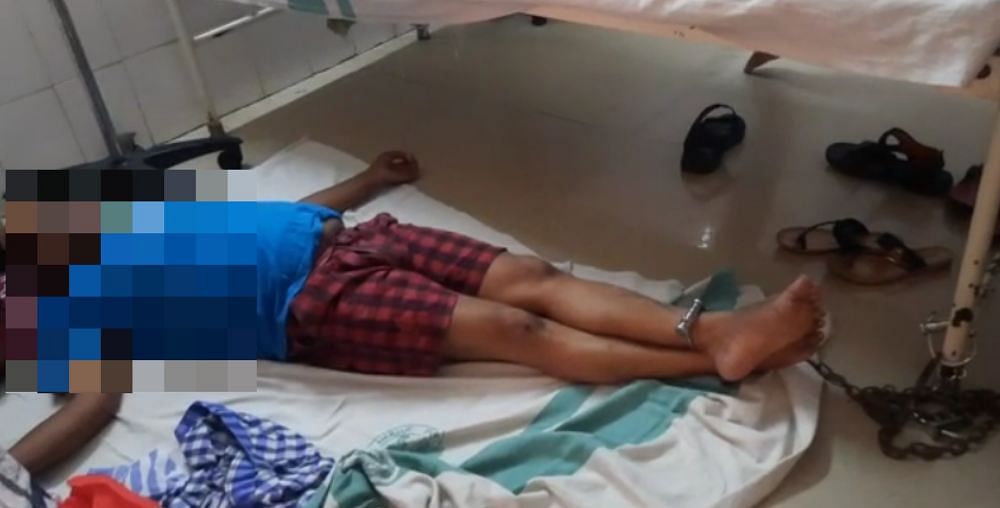 Loknath Dalei, a journalist in Balasore was seen chained to a hospital bed by his leg, allegedly by Police reportedly over the publication of news regarding corruption in the Nilgiri PS area of ​​the district, reported ANI.

Odisha Police DGP has ordered an inquiry into this matter.

Journalist Dalei claims that he was asked to come to Police Station where his mobile was snatched away & he was thrashed by inspector-in-charge Draupadi Das. He further claims that when he fell unconsciously due to thrashing, he was hospitalized & his leg was cuffed to his bed by a policeman.

(To receive our E-paper on whatsapp daily, please click here We permit sharing of the paper’s PDF on WhatsApp and other social media platforms.)