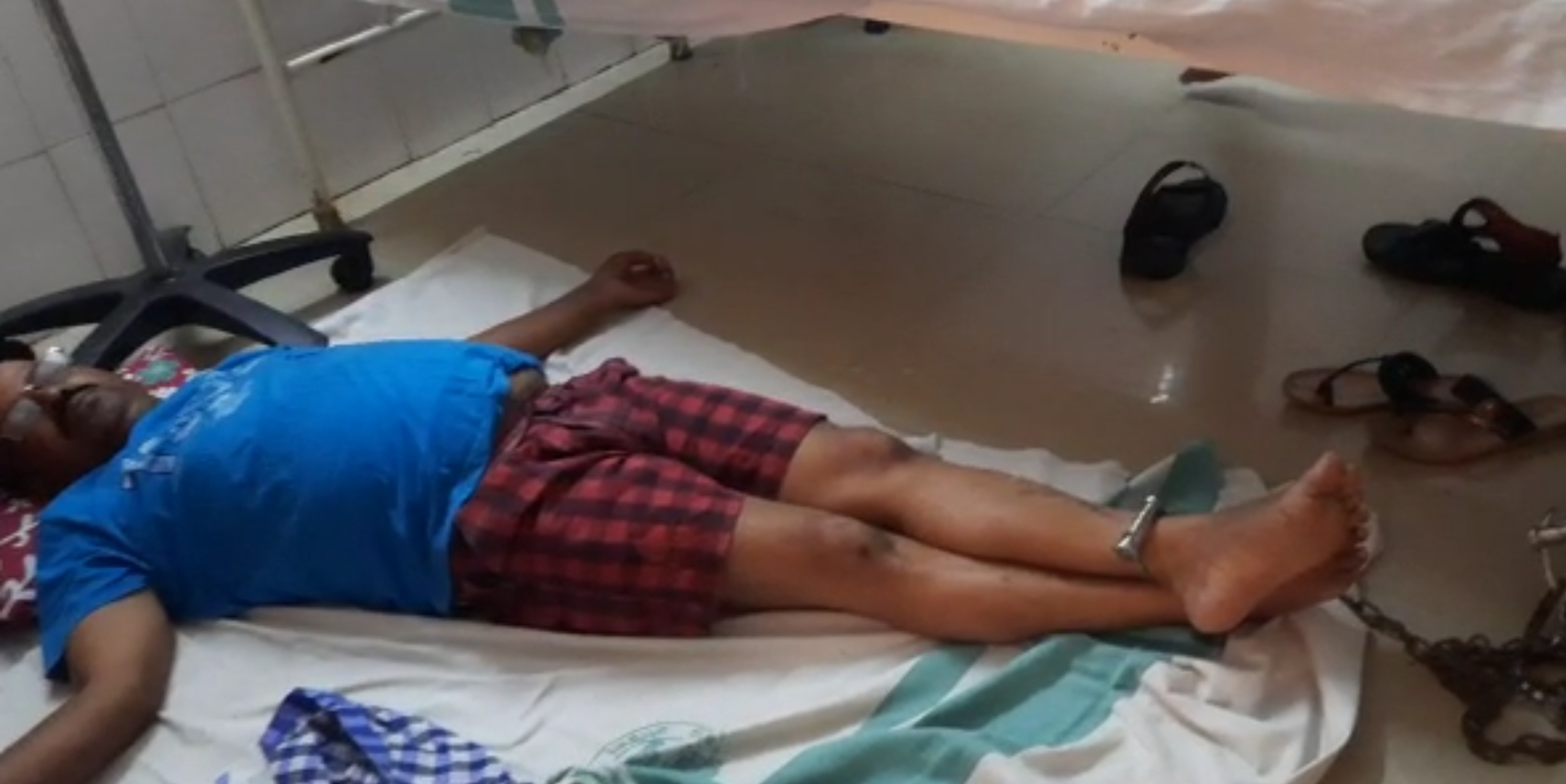 Bhubaneswar: Taking suo motu cognisance of a case wherein a journalist was allegedly chained to a hospital bed following arrest, the Odisha Human Rights Commission (OHRC) Friday directed the police to submit a report within 15 days.

“Taking cognisance of the matter suo motu, the Commission directs the inspector general of police, eastern range, Balasore to submit a report in the matter addressing the facts reported in the news items, more particularly justifying the reason for putting the victim under fetters in the hospital bed within 15 days from the date of receipt of the order,” the OHRC said in its order.

The Commission also asked the chief district medical officer and the public health officer to submit a report on this case.

Loknath Dalei, 50, a reporter of a regional media house, was allegedly thrashed by the cops at Nilagiri Police station, where he was called for reportedly abusing and assaulting a Home Guard.

The Editors Guild of India on Friday expressed concern over this issue.

In a press statement, the journalist’s body urged the union home ministry to take immediate cognizance of the police excesses against journalists and civil society members.

“At the same time strict action needs to be taken against those who misuse state power,” it said.

Journalists, political leaders and social activists of Odisha have strongly condemned this incident and demanded strong action against the persons involved.

Meanwhile, a ‘havildar’ of Nilagiri police station has been suspended while inspector-in-charge (IIC) Draupadi Das and investigating officer Subarna Behera were transferred.

Speaking to the media, Narasingha Bhola, IG of police, said that this incident is unfortunate, illegal and a violation of human rights.

“We have taken this case very seriously and it is being investigated by a DSP rank officer. The probe will find under which circumstances Dalei has been arrested and what prompted the police to put a chain on his leg,” he said.

Action will be taken whoever is found guilty in this case, he assured.