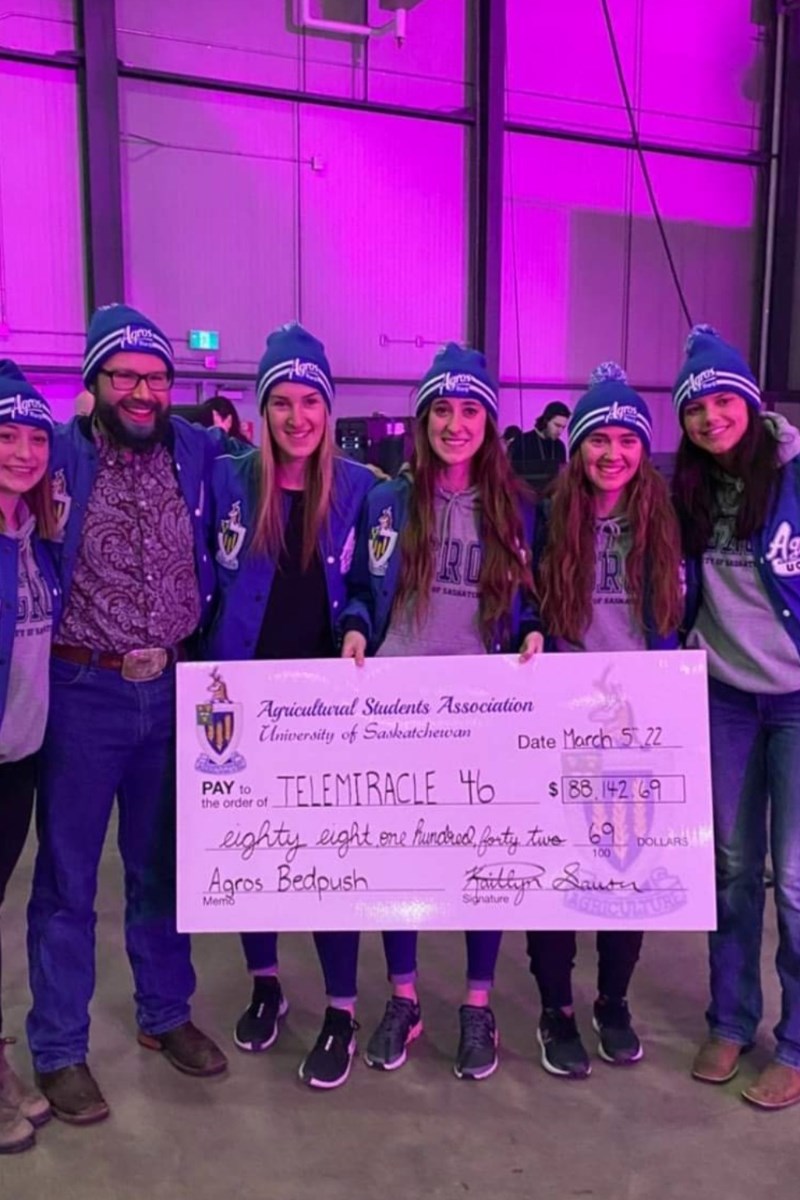 Josie Huber, McLurg graduate and U of S student, was part of the record breaking total raised for Telemiracle 46 with the 40th annual Agro bed push.

Students push a bed from either Saskatoon or Regina to the community that would be hosting the live Telemiracle broadcast in their efforts to raise funds for Saskatchewan’s charity.

Huber tells the Press-Herald / SASKTODAY.ca, “I’m in my fourth and final year of my agriculture degree, majoring in Agribusiness, convocating this spring. I graduated from McLurg in 2018.”

“My calves are feeling it as Thursday and Friday (March 3-4) of the bed push, we only had about 20 runners so we each had to put in about 80 km each.”

Huber says on the final day of Saturday of the push, March 5, more students were able to join making for a division of sections between 70 participants.

As the president and treasurer on the Agricultural Student’s Association, Huber said she was part of the bed push committee. She had helped out two years ago and saw how amazing the experience and cause was. This inspired her to be heavily involved with the event this year.

“It is a truly astonishing feeling being able to be part of something greater than yourself, and that’s what this fundraiser and student association is about,” says Huber.

Huber also adds, “We received donations of food, water and many words of encouragement from the towns we passed through on our 260 km in our three day adventure. Our sponsors are also crucial the Ag team success as they provided funding, lunches, snacks , pilot vehicles and much more.”

The bed push team became concerned Friday when the storm set in as it became quite bad by 11 am, with howling winds, heavy snowfall and large drifts to maneuver.. Huber affirms that snowplow trucks and cautious drivers enabled them to continue despite the challenges. Bed pushers wore ski goggles, face coverings and multiple layers to stay warm.

When they arrived at the Regina sign, there was a five foot drift in front of it, which the Ag team used as an opportunity to have some fun and climbed it as a celebrational arrival after all of their hard work.