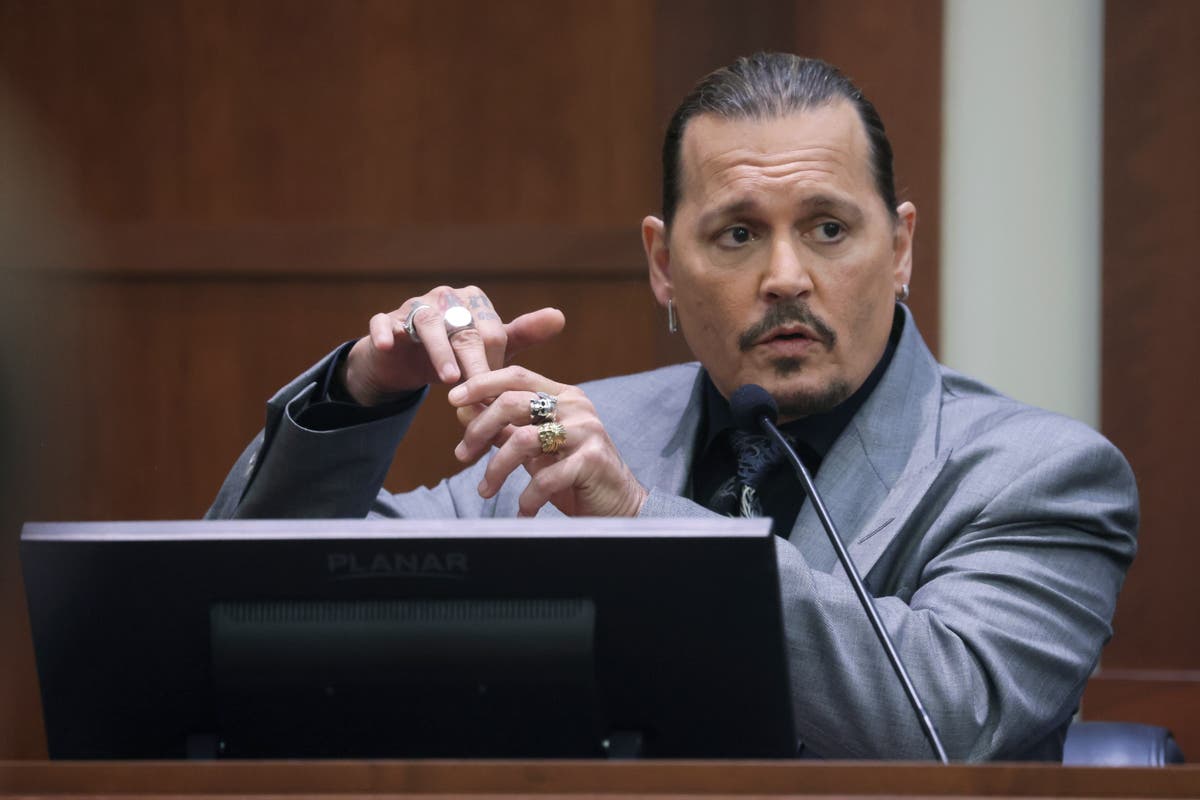 Johnny Depp described seeing a photo of faeces on his bed days after a fight with Amber Heard as he tested in court.

The defamation trial between Mr Depp and Ms Heard began on Monday 11 April in Fairfax, Virginia following Mr Depp’s lawsuit against his ex-wife in March 2019. Mr Depp is arguing that she defamed him in a December 2018 op-ed published in The Washington Post titled “I spoke up against sexual violence — and faced our culture’s wrath. That has to change”.

Mr Depp said on Wednesday 20 April that he didn’t see Ms Heard between 22 April and 21 May 2016 as he had “received some news that was as absurd and grotesque and cruel, and then I was shown a picture of what the problem was ”.

When Ms Heard was out of town, Mr Depp wanted to visit the penthouse where she was staying to collect items that were important to him, but his security guard said it wasn’t a good time.

He said he was shown a photo of “our bed and on my side of the bed was human faecal matter, so I understood why it wasn’t a good time to go down there”.

Mr Depp said his “initial response” was to “laugh”.

“It was so outside, it was so bizarre and so grotesque that I could only laugh,” he added.

In her 2018 op-ed, Ms Heard partly wrote that “like many women, I had been harassed and sexually assaulted by the time I was of college age. But I kept quiet — I did not expect filing complaints to bring justice. And I didn’t see myself as a victim”.

“Then two years ago, I became a public figure representing domestic abuse, and I felt the full force of our culture’s wrath for women who speak out,” she added at the time.

While Mr Depp isn’t named in the piece, his legal team argues that it contains a “clear implication that Mr Depp is a domestic abuser”, which they say is “categorically and demonstrably false”. Mr Depp is seeking damages of “not less than $50m”.

Ms Heard has filed a $100m counterclaim against Mr Depp for nuisance and immunity from his allegations.