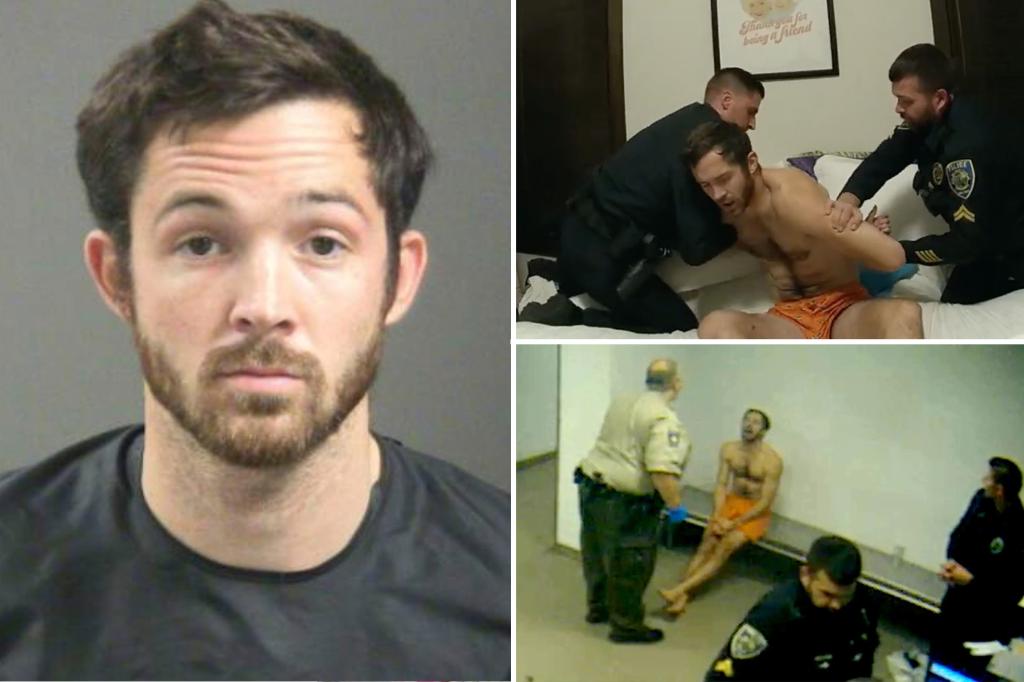 Tyson Foods CFO John R. Tyson pleaded guilty to multiple charges on Tuesday after a highly publicized November arrest in which he was caught attempting to sleep in a stranger’s bed.

Tyson, 32, admitted his guilt on charges of public intoxication and criminal trespass, officials from the prosecutor’s office and district court in Fayetteville, Ark. told the Wall Street Journal.

The scion of the Tyson meatpacking empire agreed to pay a $150 fine for each charge and a total of $440 with fees.

The plea marked a reversal for Tyson, who had previously entered a not guilty plea for both charges — despite the entire incident being caught on police bodycam footage. Tyson had been set to face the charges at trial on Feb. 15.

A former JPMorgan investment banker with degrees from Harvard and Stanford, Tyson took over as the family business’s CFO last September.

In December, Tyson Foods said that company officials and a committee of independent board directors had conducted separate review of the incident and resulted in unspecific “actions” consistent with its internal guidelines.

“The Board supports Mr. Tyson and has continued confidence in his ability to lead Tyson Foods as CFO,” the company said in a statement at the time.

The bodycam footage released in November revealed how police officers confronted a confused-looking Tyson, who was found asleep in the bed of a female college student in Fayetteville.

The officers arrested Tyson just after 2 am on Nov. 6 after he attempted to ignore their commands and go back to sleep. The unnamed woman purportedly thought her home was being burglarized and contacted the authorities.

“A college-age female was very alarmed that a male who she did not know was uninvited inside of her residence,” the police report said. Tyson was released on bond later the same morning.

Police said Tyson seemed “sluggish and uncoordinated” throughout the encounter and smelled of alcohol prior to his arrest.

Tyson later said he was “embarrassed for personal conduct that is inconsistent with my personal values, the company’s values ​​and the high expectations we hold for each other here at Tyson Foods” and indicated he would be counseling seeking for alcohol abuse.

“I made a serious mistake and this has caused me to reflect deeply on the impact my actions can have on others,” Tyson added.

Tyson also apologized for the arrest during the company’s Nov. 14 quarterly earnings call – which marked the first time he addressed investors since taking the helm as CFO.