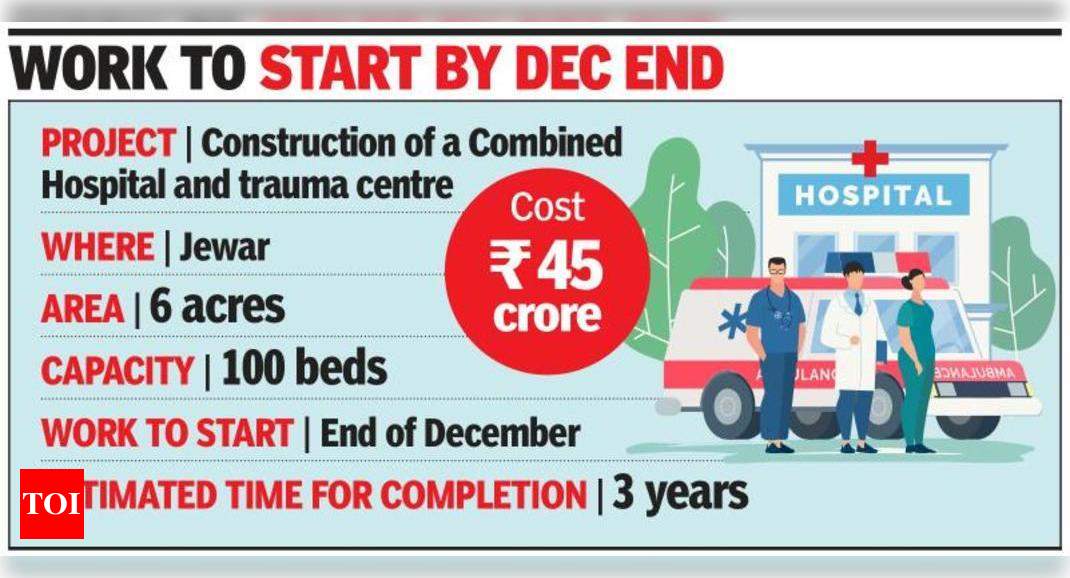 GHAZIABAD: A combined hospital with 100 beds and a trauma center will soon be built in Jewar. The project is expected to cost Rs 45 crore and work on the project is expected to begin in late December.
The Yamuna Expressway Industrial Development Authority (YEIDA) has allocated six hectares of land near the village of Ronija for the medical facility. Officials said the bidding process is ongoing.
The project is expected to take three years to complete and staff would be hired after that. “Approval for the project was given last month and Uttar Pradesh Rajkiya Nirman Nigam was appointed as the agency for the project. The medical facility will be based on the model of the District Combined Hospital in Sanjay Nagar in Ghaziabad, and will also have trauma and emergency units, ”said an official from the technical wing of the health ministry of Gautam Budh Nagar.
He added that the land provided by YEIDA is suitable for the project as there are several residential projects being built in its vicinity.
The project, which is being built near the Yamuna Expressway connecting Greater Noida with Agra, has been approved by the state government at the request of Jewar MLA Dhirendra Singh. He had said the hospital would provide immediate medical care to victims of highway accidents and benefit both villagers and residents of the surrounding communities.
However, a trauma center can only be operated if it has operating theaters, CT examinations and other diagnostic facilities that are ready for use around the clock. At the moment there is a great shortage of doctors in the state hospitals of the UP and the number of specialists is also quite bleak.