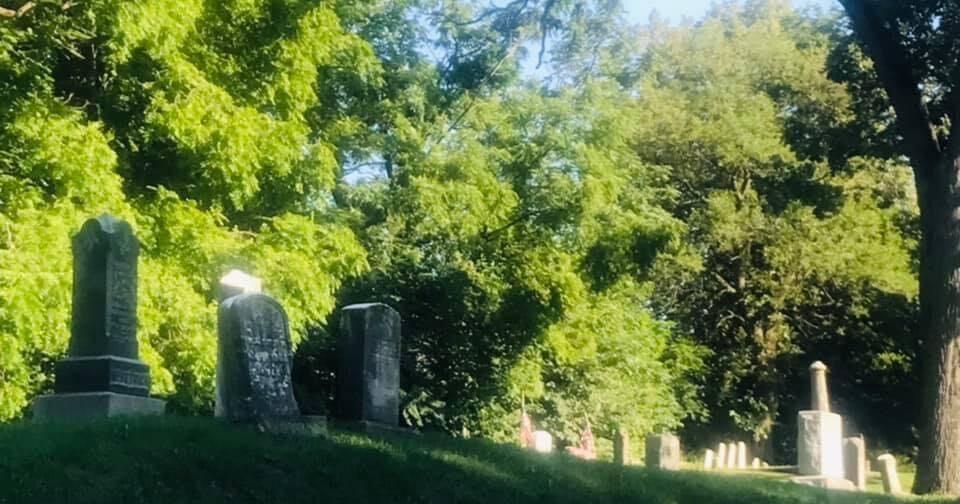 “Everyone knows they’re going to die, but nobody believes it. If we did, we would do things differently.” — “Tuesdays with Morrie“

Dorothy Creekmore knew she was going to die. She also knew what would kill her — cancer.

She sat on her couch. He sat in his easy chair. I sat as quietly as I could in the corner of their tiny living room. Death waited outside their Hammond home as chimes from a grandfather clock interrupted an awkward silence.

I remember their exchange as if it was last night. It took place in 2004 as I chronicled the final months of Dorothy’s life for an investigative story on hospice care and dying with dignity. Dorothy illustrated this sensitive topic with the grace of a prayer and the faith of a thousand churches. I’ve never forgotten it.

My story was intentionally titled, “A Time to Die,” which I wrote to highlight the inevitable intersection of time and death in all of our lives. I remember sitting outside Dorothy’s hospice room, just minutes before her death, quietly wondering how I would someday die.

There’s nothing like death to compel you to ponder death.

On Sunday, The Times is beginning a multi-story project focusing on the leading causes of death in our region. It should be of interest to most readers, regardless of age. If anything, out of morbid curiosity or existential angst.

The two leading causes of death — heart disease and cancer — are perennial killers in Northwest Indiana, reflecting national death rates. Not a surprise there. These two henchmen show up on every cause-of-death list, like pallbearers at a funeral.

My contribution to The Times’ week-long project is a story on Alzheimer’s disease and dementia, which frightens me more the older I get. (In a follow-up column next week, I will share what I learned after visiting a neuroscience specialist to take a memory test.)

Our irrational fears, not factual statistics, usually dictate how we react to death. For example, heart disease will kill many more Americans than gun violence, yet which gets more headlines? It taps into our fears and curiosity. Let me know when a front-page headline screams, “Man gets killed by eating too many cheeseburgers.”

Since I began writing for a living, I’ve documented what seems like all manners of death. Car accidents. homicides. Rare diseases. suicides. overdoses And, more recently, COVID-19 and its variants.

For my job, I’ve attended too many funerals for young children, including a toddler who died from digesting a parent’s dose of methadone, and a baby girl whose funeral flowers lived longer than she did. At my age, and probably your age, we should simply be thankful for making it this long in life.

When you’re a kid, time seems infinite. As an adult, it’s more elusive. But when you can see death coming from the not distant future, time feels precious, I’ve been told by people in such situations. I listen to them with all of my attention. And my respect.

“Time is all you have. And you may find one day that you have less than you think,” Randy Pausch wrote in his best-selling book, “The Last Lecture.”

He was dying from pancreatic cancer. And, like Dorothy Creekmore, he knew it.

I can’t imagine dancing across this slippery tightrope between life and death.

At Pausch’s last public lecture, his wife Jai joined him on stage for an emotional embrace. She whispered in his ear, “Please don’t die.” He died in 2008. He was 47.

“Death is fascinating,” a local police chief told me earlier this week.

I met with him to talk about law enforcement issues for my upcoming Labor Day column. But our conversation quickly pivoted to death and how people die. Maybe it’s an occupational hazard. Maybe it’s a personal fascination. Both of us are professional gapers through our jobs.

As a cop for 30-plus years, he’s entered the empty homes of people who had just died, searching for clues for next-of-kin notifications. One minute, those people were living in their homes. The next minute, they’re dead. Did they see it coming? maybe Maybe not.

I’m not sure if I want to know how I want die. I doubt I would have the grace of Dorothy Creekmore or Randy Pausch or countless others who’ve faced the great abyss and fallen into it with such poise.

“I hope when I die I go to bed and never wake up,” Ed Creekmore told his wife before she died.

Contact Jerry at [email protected] or at 219-853-2563. Find him on Facebook @JerDavich. Opinions are those of the writer.