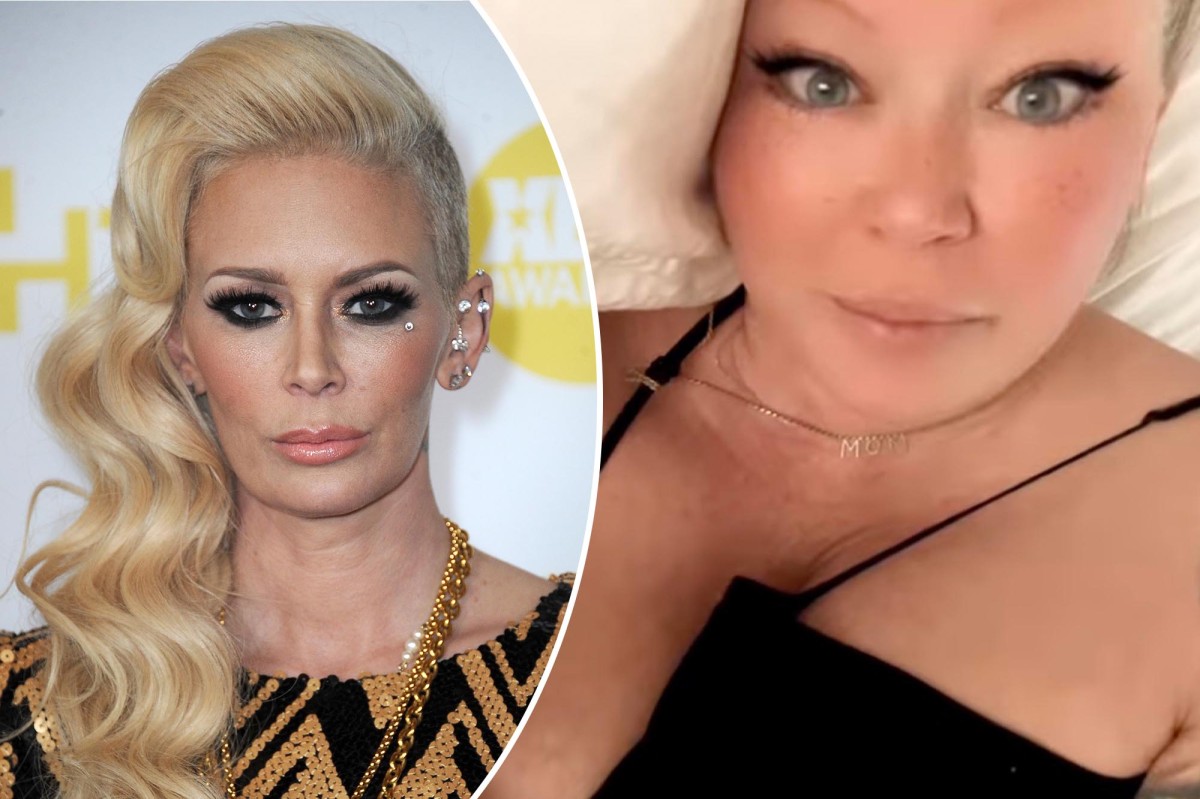 Jenna Jameson remains bedridden with a mystery illness one week after being discharged from the hospital.

“I am still sick, as you can see. I am in bed, but I am at home, which is really nice,” the model, 47, said in an Instagram video Thursday.

“I’ve been getting a lot of sleep,” she continued. “We don’t know what exactly is going on. I still am unable to stand, but I am feeling better and things are going a lot better, so thank you for your support.”

Jameson was hospitalized for nearly two months and told fans after her discharge in late February that she had been confined to a wheelchair.

“I still have more testing to do, but it seems there’s something off with my femoral nerve, and it’s affecting my strength in my legs,” she said on her Instagram Story at the time. “So I am still in a wheelchair, unfortunately, but I hope to be out of the wheelchair soon and walking, so say a little prayer.”

The femoral nerve is in the pelvis and goes down the front of the leg, according to Mountsinai.org.

The mother of three was initially diagnosed with Guillain-Barré syndrome, which the CDC describes as “a rare, autoimmune disorder in which a person’s own immune system damages the nerves.”

However, Jameson’s boyfriend, Lior Bitton, later confirmed that Guillain-Barré had been ruled out “after a second test and five rounds of IVIG,” which is a therapy treatment for patients with antibody deficiencies.