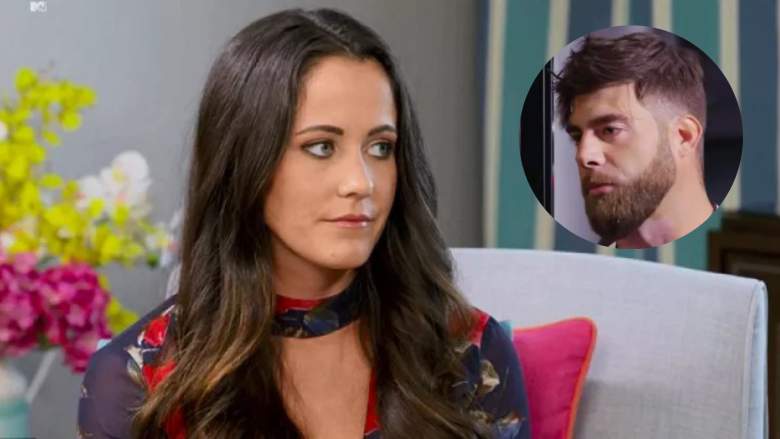 The “Teen Mom 2” alum shared a picture of her child sleeping in a hospital bed.

“Teen Mom” fans were not happy with Jenelle Evans after the North Carolina mother shared a picture of one of her children in a hospital bed.

“My baby has the stomach virus,” Evans wrote. The picture was of Evans’ youngest, 5-year-old Ensley. The photo showed Ensley sleeping in the bed, with her head turned away from the camera. Her hair was placed in a bun atop her head.

In a second update, Evans wrote that Ensley went from “sick to spoiled.” Ensley was sitting up in bed and facing the camera. She was coloring and had a video game controller on her table, as well as an orange Gatorade.

Evans didn’t immediately provide further details about Ensley’s condition or what prompted her to take the 5-year-old to the emergency room.

Some fans on Reddit slammed Evans for posting the photo, saying she should respect her daughter’s privacy.

“Poor kid has no privacy. So unnecessary to post pictures of your kids sick at the doctor or hospital Do you really need attention that bad?” one person wrote.

“Don’t post your kids in the hospital!!! I hate people that do this. Just be present and there for them when they need you,” another agreed.

“It’s disgusting in all ways. Idc what the parents excuse is, this makes you a bad parent to post your kids online in thier most vulnerable state,” a third said.

Evans is the mother of three children. Ensley is the daughter she shares with her husband, David Eason, and 8-year-old Kaiser is the son she welcomed with her ex-fiance, Nathan Griffith.

Evans is also the mother to 13-year-old Jace, who has been living with his maternal grandmother for most of his life.

Evan’s middle child, Kaiser, spent time in the hospital in November 2020 after he developed an “infected abscess in his groin.”

“Please keep Bubba in your thoughts and prayers!” she wrote at the time. “He has an infected abscess in his groin that is infecting his lymph nodes. He’s been on multiple medications and hopefully this next antibiotic works.”

Evans said Kaiser had been going to the doctor for “a month” and was on his third antibiotic before he went to the hospital.

“This is the first time I’m mentioning it to all of you.. but this problem has been watched for a while now,” Evans explained in the comment section, per People.

Evans Opened Up About Her CPS Case

Evans’ three children — Kaiser, Ensley and her stepdaughter, Maryssa — were removed from the family home in 2019 after Eason shot and killed their French bulldog, Nugget. The shooting also led to Evans’ firing from “Teen Mom 2.”

Evans said she had to “fight like hell” and spent up to $10,000 over the course of three months to get her kids back.

they had no evidence against me when it came down to it for anything — only cussing in front of my children — so they ended up dropping the whole case,” Evans said in a TikTok video on August 14.

“When it comes CPS, don’t be scared of them,” Evans continued. “If you didn’t do anything wrong as a parent, don’t let them intimidate you.”

“If they keep bothering you, like knocking at your door every other week, hire a lawyer,” she added. “Fight like hell.”