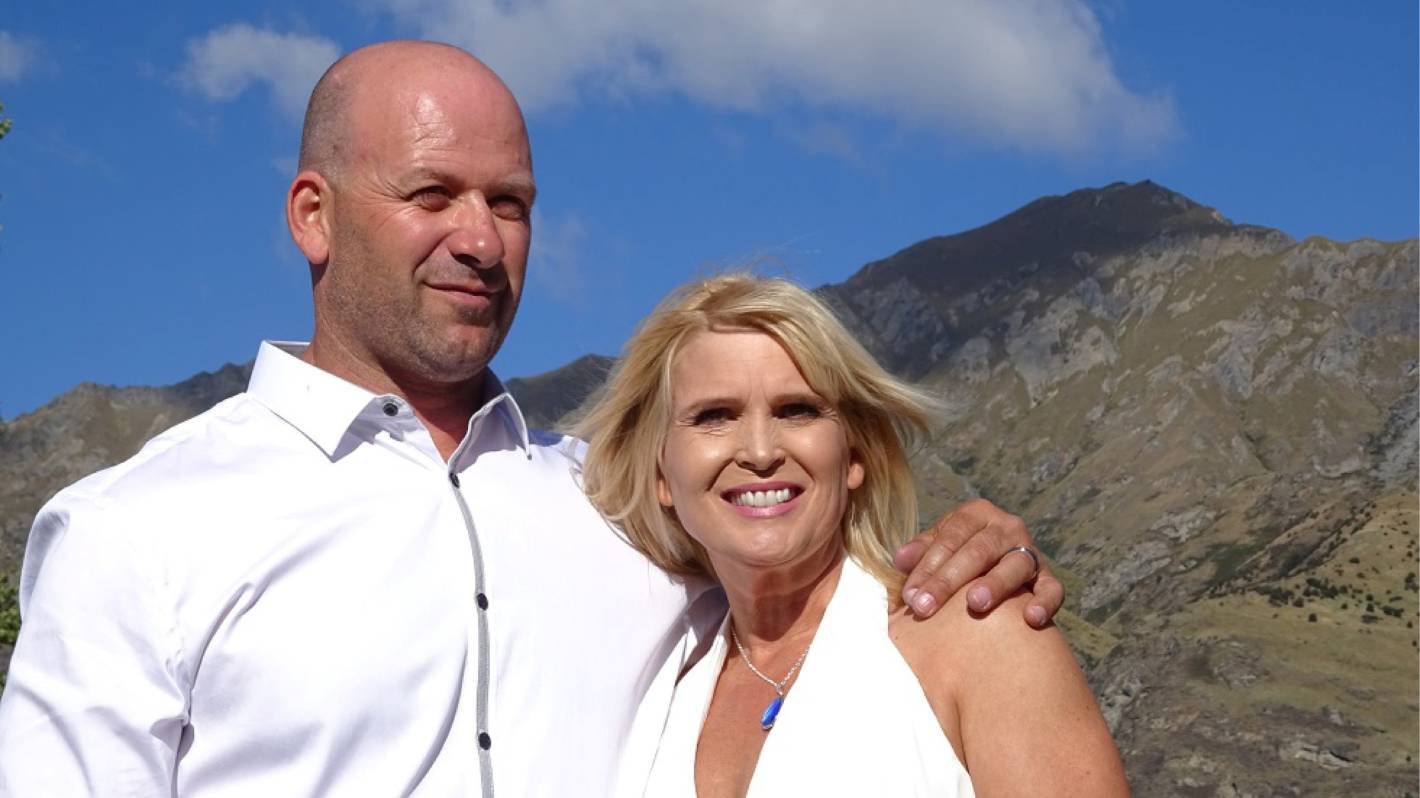 Couple Janya and Rodney Anderson say they complement each other perfectly.

Janya Anderson, 51, is the head of operations for internet marketing agency Pure SEO. In 2016 she married Rodney Anderson, 48, who owns Red Boom Engineering. The couple live on a lifestyle block in North Taieri with their golden retrievers Bonnie and Bear.

But I’d made peace with it and focused on my career, not on purpose but because that’s what my life was.

READ MORE:
* A surprising romance: ‘I found out he could speak Italian a year into our relationship’
* ‘Preet is so beautiful I thought there had to be a catch’
* Camille and Chris: The music lovers who met at a record shop

In March 2014 I was on holiday with my parents in the South Island when I swiped right on Rodney on Tinder.

I was born on the West Coast and have always been a southern girl at heart; Rodney looked like a big, strong southern man. All the city boys I was meeting in Auckland weren’t doing it for me, I wanted a traditional, outdoors bloke.

We started texting and eventually were ringing each other every day. The key charm in not meeting for eight weeks was that we didn’t have that physical chemistry, but were able to build a really strong friendship first.

After a few months we knew it had turned into something so I flew down for the weekend. Was I worried about spending the weekend with someone I’d never met? I was going to book a hotel but knew by that time I Rodney was someone I wouldn’t feel unsafe with. All our friends were supportive too because we were a different level of happy with each other.

We did the long distance thing for a year—flying to each other every couple of weeks. Rodney didn’t want to move to Auckland because although he loves the city, after a few days he begins to wilt and needs the country.

I was happy to move because I always wanted to return to the South Island. A year after we met, I quit my job and sold my house. I didn’t want to have any ties or an escape hatch.

Rodney is funny, kind and really clever. He’s also the most authentic person I’ve ever met – he doesn’t have two versions of himself for different occasions. He’s incredibly practical, able to make something out of nothing. For example, we needed an outdoor table so he whipped one up out of railway sleepers.

Rodney has big ideas and makes them happen. He’s always wanted his pilot’s license and recently got it. He wanted to start a business and he’s doing that. Sometimes I have to be a handbrake to his ideas, but I don’t want to quell them too much.

I feel sad we didn’t meet earlier in life but the good thing about getting together when you’re older is that you don’t sweat the small stuff as much. We’re each other’s best friend and biggest cheerleader.

I was born in Balclutha but lived in Canada and then Australia for 15 years, working in the mines. I was married to a Canadian/German woman for six years in Australia but had been single for about the same number of years when I met Janya.

I was at the stage where I was looking for someone to spend my life with. Because I was traveling for work, Tinder seemed like the best way to meet someone. I was only on Tinder for three months in the end.

I was attracted to Janya’s great smile. She’s attractive and had a cool profile. We opened communication quickly and were talking and texting every day.

I wasn’t that keen on doing the long distance thing, because I’d tried it before with a girlfriend when I was in the mines and it didn’t work.

But we knew pretty early on that this was something special so after a few months Janya flew down. I remember picking her up from Dunedin Airport and wondering what I’d got myself into because not everyone is genuine and it’s hard to know until you meet someone. But we went out for dinner and got on like a house on fire.

I didn’t want to move to Auckland but luckily Janya wanted to return to the South Island. It was a pretty big commitment to sell her house up there and move in with me.

In 2016 her family were over from Australia and as neither of our families had met we organized dinner at Glendhu Station Homestead. I stood up and announced that we were engaged and would be getting married under that oak tree in half an hour! We both got changed and were married by my father’s cousin who’s a celebrant.

I love that Janya is driven and successful. We complement each other – I’m better at practical things whereas she’s super organized. I recently started a business and Janya organized the lawyer, accountant and paperwork side of it. I don’t think I could have done it without her. We also share the same values ​​and strong family ties, which are important to both of us.

Every six months we sit down and set both lifestyle and career goals and plan how we’re going to achieve them. Things such as building a holiday home at Manapouri or me getting my pilot’s license. It’s good to have something to work towards because without a goal you can get a bit lost.

Janya’s only negative is having 20 throw pillows on the bed which is my pet hate. And if someone’s visiting, the house has to be spotless, whereas I’m pretty relaxed about that kind of thing.