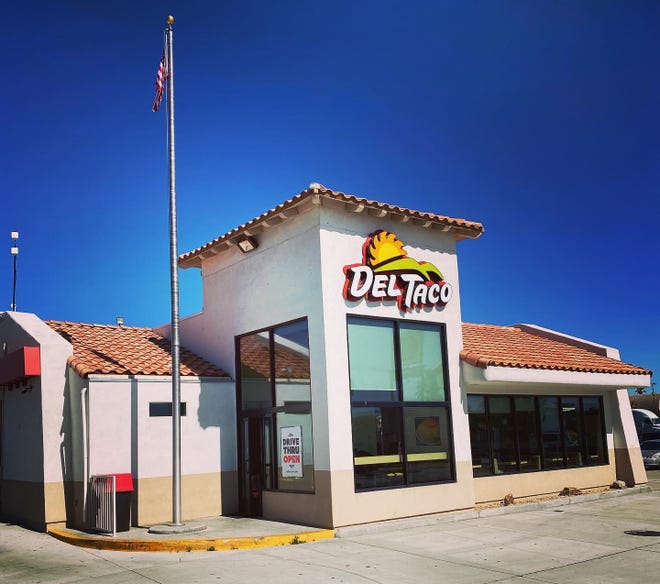 The founders of Del Taco delivered an online message to their customers this week: Don’t worry, Jack in the Box won’t be taking control of any of its family-run restaurants in Barstow.

The Hackbarth family, who own three stores in Barstow, announced it on social media Tuesday, the day after Jack in the Box announced its intention to acquire Del Taco for $ 575 million.

The Jack-in-the-Box / Del-Taco deal is $ 12.51 per share in cash plus existing debt. Del Taco shareholders will vote to approve the transaction in February or March, according to QSR Magazine.

“Barstow Del Taco would like to reassure its customers that the latest news of the sale of Del Taco to Jack in the Box will have no impact on the Barstow locations,” the Hackbarths said.

The Del Taco restaurants on First Street, East Mountain View Street and Lenwood Road are privately owned and operated by 89-year-old Ed Hackbarth and his family, the letter said.

Visitors to the stores can still find Ed Hackbarth clearing tables or serving tacos and other dishes, his family said.

“Even though the others have been bought out, Del Taco is still 100% in my blood, soul and family,” Julie Hackbarth-McIntyre told the Daily Press on Wednesday.

After graduating from college in 1986, Hackbarth-McIntyre returned to her Barstow homeland and worked in her family business, she said.

In 2006 she was also elected to the city council, elected mayor four years later and served the city until 2020.

Hackbarth-McIntyre was also involved in the local chamber of commerce and other organizations.

“You know, it’s always been like my community has the feeling,” Hackbarth-McIntyre said in a previous interview. “If you want to make a difference, you have to get involved.”

The Jack in the Box / Del Taco Deal

Under joint ownership, the Jack and Del Taco brands will have more than 2,800 locations in 25 states with similar guest profiles and menu offerings, the companies said.

“We are very excited to welcome Del Taco, a popular brand and proven regional winner, to the Jack in the Box family,” said Jack CEO Darin Harris in a statement. “This is a natural combination of two like-minded challenger brands with great growth opportunities.”

Harris said both companies would benefit from a stronger financial model and scale to invest in digital and technology capabilities and unit growth for both brands.

“This acquisition fits in perfectly with our strategic pillars and helps us create new opportunities for the franchisees, team members and guests of both brands,” said Harris.

John Cappasola, CEO of Del Taco, meanwhile, said that his company is pleased to have found a partner in Jack in the Box who shares his vision for the future and has the expertise in fast food restaurants to support the growth of Del Taco continues to accelerate.

“In the past few years we have uniquely positioned Del Taco as a leader in the growing Mexican (fast-service restaurants) category, expanding our digital capabilities to improve consumer convenience, and focusing on growing the brand through franchising, which is what eight consecutive franchise years resulted in revenue growth in the same business and an accelerated pipeline of new entities, “said Cappasola.

It’s not certain how the Jack in the Box acquisition will affect Del Taco’s restaurants, including nearly a dozen Del Taco locations in the Victor Valley.

Ed Hackbarth and David Jameson opened the first Del Taco in Yermo in 1964, with a menu that included 19 cent tacos, tostadas, french fries and 24 cent cheeseburgers.

The partners later added Luther Friend to open the store in Lenwood. Years later Ed Hackbarth bought out his partners,

In developing the Barstow stores, all of the partners were part of the community and gave back in a variety of ways, including sponsoring every Little League game and youth sporting activity, Hackbarth-McIntyre said.

“Their families grew up here and they viewed the people who worked for them as families,” said Hackbarth-McIntyre. “Like my uncle, everyone worked in the stores and gave great service, smiles and personalized attention to customers.”

Del Taco has changed hands several times over the decades.

In 1977 there were 50 Del Tacos and the number of stores doubled the following year. The menu also grew, including products such as roll taco, quesadillas and sundaes.

In 1988 the Del Taco and Naugles restaurants merged into a single chain of Mexican fast food restaurants.

By 2008 Del Taco had almost doubled in size and opened its 500th restaurant.