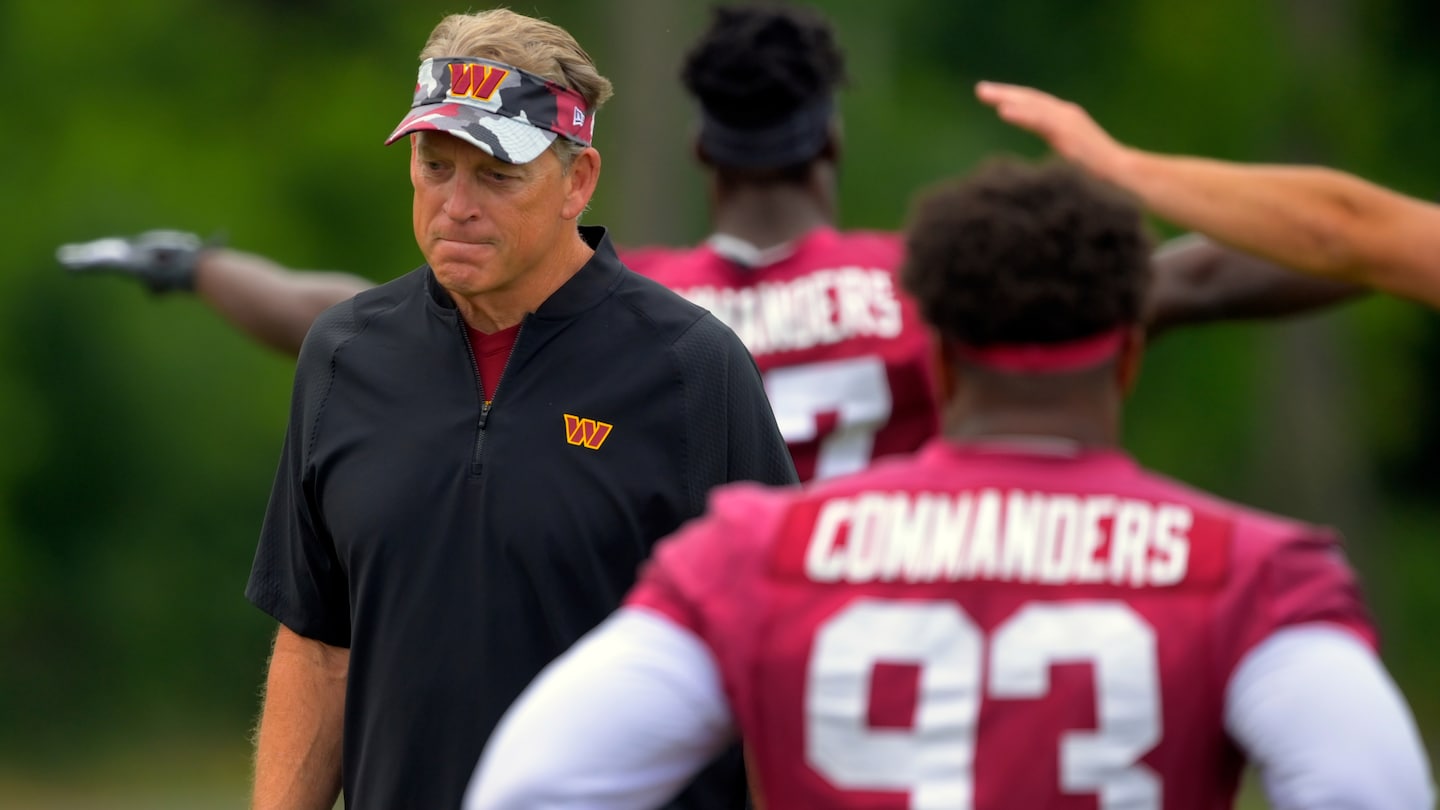 Washington Commanders defensive coordinator Jack Del Rio on Tuesday morning addressed the team about his comments comparing the Jan. 6 insurrection at the US Capitol to the racial justice protests following the death of George Floyd in 2020, Coach Ron Rivera said.

Rivera added he fined Del Rio $100,000 last week not because Del Rio exercised his right to free speech — about which Rivera said he spent a lot of time considering in part by consulting the original text of the first amendment — but because the defensive coach became a distraction to the team.

“The thing we all have to understand with these rights, these freedoms come (with) tremendous responsibility,” Rivera said. “And so, this is about the impact made on our football team, and the distraction that it has become. It’s a very serious question and topic, but at the end of the day, it did impact us. That’s what I did what I did.”

When Del Rio spoke to reporters last week, his comments sparked a national conversation regarding both sports and politics. Commentators from across the political spectrum have criticized both Del Rio and the team’s response. Fox News host Tucker Carlson called Rivera a “fascist moron” for fining Del Rio while Derrick Johnson, the president of the NAACP, called for Del Rio to resign or be fired.

“Today, im sick and tired! A dust up! 100,000 is not enough, money ain’t nothing to a person who is recycled through coaching,” Hall of Fame safety Ed Reed wrote on Twitter. “Its always one, first it was Saban now its Jack to just remind US what it is! Man if u coached by him put your pants on! It’s simple right and wrong, wrong.”

Rivera said he believed Del Rio’s speech to the team was “well received.”

“He was very open, very forthright, very contrite and apologized and opened himself up to questions or opportunities for any players to come in and meet with him,” Rivera said. “He’s already met with some of our players and talked to some of them about what was said. I’ve been told those meetings went very, very well. … We’ll see.”