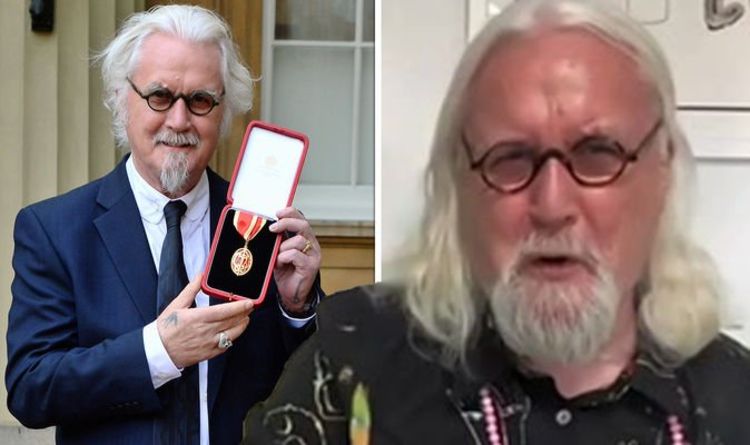 Billy Connolly has admitted that he was “in bed” thinking about his knighthood after accepting it. However, the comedian stated in a new interview that he was happy to have accepted it as it was given for “the best of reasons”.

Billy shared his thoughts during a recent Q&A and shared how “nice” it was to receive them from Prince William.

However, when Billy was asked by host Damian Barr if he was ever tempted to refuse, he shared his thoughts.

He continued, “No, it never crossed my mind to refuse.”

However, he also admitted, “I’ve been in bed a lot and thinking about it.

He also admitted that people took great pleasure in introducing him with it, but he never really bothered about it.

Billy was knighted in 2017, a few weeks before his 75th birthday.

The honor was bestowed upon him by Prince William in a special ceremony.

Speaking to the BBC, he admitted that he was “stunned” by the news.

“It means a lot to the people around me and the fans.

“I went to soccer last week and was amazed at the reception I got from the other fans.

“It seems to mean a lot to them, which is very nice.”

In his book, he explains that the title was bestowed on him by a friend.

He wrote, “I didn’t know I was windswept and interesting until someone told me.

“It was a friend who was amazingly exotic himself. He had just come back from Kashmir, wearing a puffy shirt and Indian pearls.

“I had long hair and a beard, and I whizzed around in an electrifying blue.

“He said, ‘Look at you – everything windswept and interesting!’

“I just said: ‘Exactly!’ After that I just had to keep my reputation … “

Windswept and Interesting is available now.