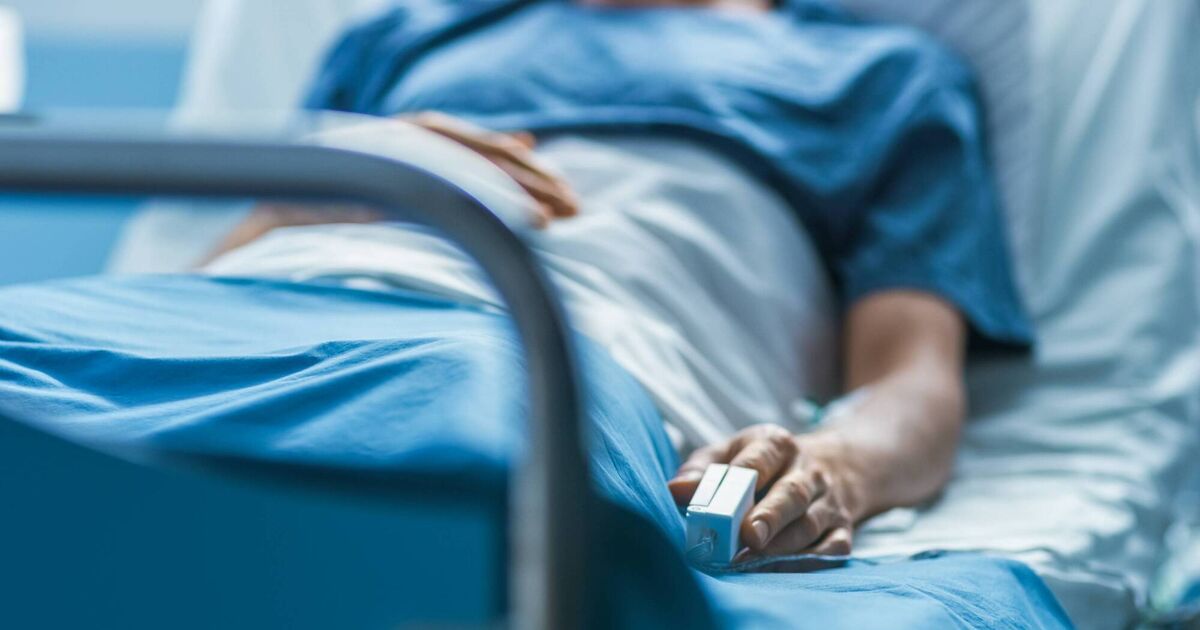 Frank’s long weekend started early. It was only Tuesday and he was already in his comfortable hospital room which was to be home for the next few days. My long weekend has been coming for years, it began and ended face down on the hall floor on Thursday, not able to move.

I haven’t seen Frank since I was a child. My memory is that he’s a big man, gray hair, strong as an ox in mind and body. A retired member of An Garda Síochána, in his 80s now, a man who did his duty in every sense of the word. A country man who remained a country man even though stationed in the Dublin suburbs most of his life. His wife, every inch his soul mate, minds him now. Like many older people, they’ve been locked-in since Covid started. Brief glimpses of freedom to live out normal days crushed as the figures they heed, the figures most ignored by the rest of us, keep rising. Older people are dying at or with (it doesn’t matter much anymore), Covid.

The pair had avoided Covid up until recently. I’ve seen that kind of minding going on with my own parents, mostly not up close, because it can’t be up close, up close my parents want but can’t risk. It’s not that elderly couples are afraid of dying, they’re afraid of not dying together, afraid of leaving each other alone.

Frank got his comfortable room because he has paid for private health insurance for as long as he can remember. When things had to be cut back a decade ago, he dared not let the insurance go. When he started coughing up blood post-Covid, it was that insurance which saved Frank the dreaded ordeal of an Accident & Emergency department. His insurance was enough to have him admitted to a private bed, in a private room, in a private hospital.

Competition for beds is fierce, as much in the private hospitals as in the public, although for entirely different reasons.

For four days, Frank fought them off. They wanted him out, he dug his heels in and refused to move.

I hit the floor on Thursday. It wasn’t the first time this year. I don’t know what’s wrong, all I know is that the first half of this year has been a nightmare of infections, A&E visits, vomiting and severe abdominal pain. Thursday was the worst yet, the ambulance had to be called.

I don’t know when I got a bed, it’s a blur. Having gone through a lot of chemo in the past, I know vomiting, knowing it only too intimately, but vomiting so hard that I vomit lots of blood, not just spots, is a new level of frightening for me. The abdominal pain which accompanies it is intense, sharp, ripping and prolonged. I write in pain, or if lucky, lie motionless pleading silently for it to end. Something potentially life threatening is happening, I have presented more than once with acute peritonitis.

When the pain hit hard, I was charted for stronger pain relief, I try not to overuse that gift and it is a gift, for 10 weeks in February, March and April I suffered all the same pain at home without it. It has broken me; I can’t bear it anymore.

Public hospitals are not at breaking point, they’re past that. Every day is a ‘beyond capacity’ day and the stress of working in chaos is driving health care workers of all kinds out of the HSE.

No staff, no beds, no plan to fix what is broken. This is the ‘New Normal’.

On Sunday, the investigative procedures the consultant had hoped to do were put off because theater is full. Theater is beyond capacity, understaffed, struggling to find beds post-surgery, struggling to find surgical wards, even day wards, which aren’t already being used to bed those coming through the beyond capacity A&E departments. Each system failure begets another system failure and all the dominos have fallen.

It is the will and persistence of frontline staff alone which is holding the mess together. There is no quick solution, we all know the problems, have allowed the problems, turn a blind eye to the problems, it’s not a priority, queues to get away on vacation are the headline problems we want to see solved immediately.

On Sunday evening I was moved from the bed I had to a stretcher in a day ward which was being used to house the ‘not in imminent’ danger admittances.

From there the only way was out. At first, I was angry, disappointed, I need help, I can’t do it on my own, but the bed I had was needed for a Frank, and I don’t believe it to him.

Frank showed the true grit he had shown all his life, he dug in, would not be moved and hung onto his bed until his consultant was back. Not everybody is a mentally strong as Frank, many are unceremoniously dumped into the already chaotic public system because they are just not profitable enough for the private hospitals, and again preventable system failure begets preventable system failure.

I was discharged with the promise of an outpatient’s appointment for further investigation in the same day ward I was blocking a bed in the last night in the hospital, ensuring that somebody else had their scheduled appointment canceled for lack of day beds.

Frank is home, I am home. I’m waiting for the pain to hit. We don’t need sympathy, we need solidarity.