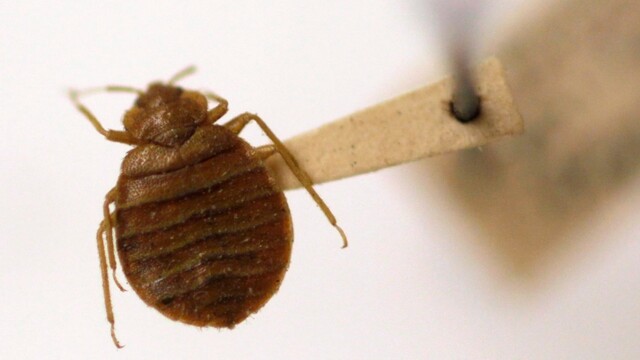 You can see a lot of pests in apartments from across the room.

From rats to mice, cockroaches to large spiders, there are several rodents and insects that could trick you into jumping on a table and acting like a fool.

But there are plenty of pests that you won’t discover until they start ravaging your pad – and bed bugs are some of the most notorious culprits.

Whether you’ve ever had a bed bug problem, were in danger of catching it, or just worried about catching the little pests, they are causing a mammoth amount of turmoil.

And it’s not hard to see why.

Once a building has a problem with bed bugs, they’re incredibly difficult to get rid of – and it only takes one person with the problem to devastate the entire property. Bed bugs are skilled hitchhikers and can thrive in both clean and dirty homes.

According to Section 32 of the Residential Rent Act (RTA), landlords are responsible for providing and maintaining their residential properties in a state that meets the statutory health, safety and housing standards. In other words, they need to keep your pad pest free or deal with pest issues if they arise.

But tenants are also responsible for the cleanliness of their rental units.

The RTA stipulates that a “tenant must adhere to appropriate health, cleanliness and hygiene standards throughout the rental unit”.

The BC Residential Tenancy Branch (RTB) is seeing a number of complaints from landlords and tenants regarding cleanliness and pest infestation. Unsurprisingly, a lot of the disputes involve bed bugs.

Tenants in a dispute in BC said their home was “torn apart” while the rental unit was being treated for bed bugs. They first reported the buggy issue in March or April 2020 and said they didn’t know how it started, but speculate that they may have been brought in with a used washing machine they bought.

The apartment received four bed bug treatments and tenants paid for the first bed bug treatment. The tenants found that this disrupted their lives as they had to be outside their home for several hours during the treatments. As of December 11, 2020, there were reportedly no bed bugs in the unit.

With this in mind, tenants said they had to dispose of many personal items because they were ruined by the pests. They also submitted photos of being bitten by the bedbugs. They also described the bites as “itchy and painful”.

In this case, RTB has primarily sided with the tenants (although some of their data was incorrect in the decision). The RTB stated that bed bugs are a common problem in the province, but that the landlord is ultimately responsible for clearing the infestation. As a result, tenants were advised they could withhold $ 3,125 in rent. Funds owed included various other issues, including lack of lawn maintenance, a leak, and a registration fee.