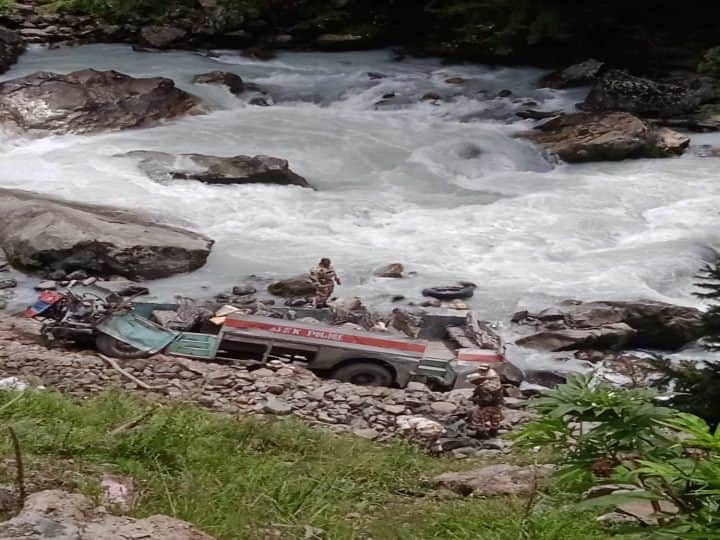 A civil bus carrying 37 ITBP jawans and 2 J&K police personnel fell down a roadside river bed at Frislan in Pahalgam after its break failed, reported news agency ANI. The troops deputed for the Amarnath Yatra were on their way from Chandanwari to Pahalgam when the incident happened. There are reports of casualties too.