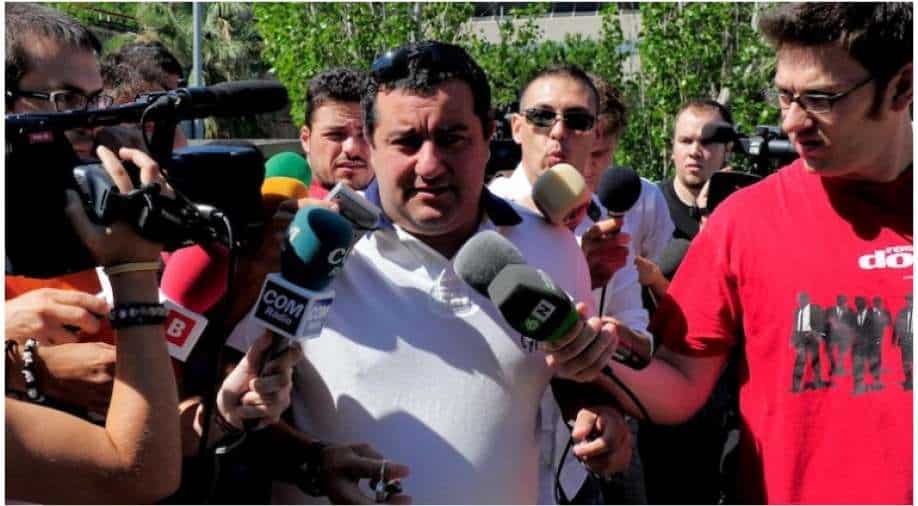 Mino Raiola, one of the superstar football agents, rubbished rumors of his death courtesy of a tweet from his hospital bed on Thursday (April 28). After a section of international media claimed that the 54-year-old passed away due to illness, the veteran football agent took matters into his own hands and tarnished all fake news related to his death with a tweet.

“Current health status for the ones wondering: pissed off second time in 4 months they kill me. Seem also able to resuscitate,” Raiola said on Twitter.

Current health status for the ones wondering: pissed off second time in 4 months they kill me. Seem also able to ressuscitate.

Not only Mino, even the doctor treating the agent, at the San Raffaele Hospital, named Dr. Alberto Zangrillo, slammed the rumours. He claimed that he was outraged by the phone calls he had been getting over the last few hours with many asking about the Italian.

dr Alberto Zangrillo from San Raffaele Hospital in Milano tells Ansa on Mino Raiola conditions: “I’m outraged by the phone calls from pseudo-journalists speculating on the life of a man who is fighting to survive”.

Raiola, who has star-studded clients including Paul Pogba, Erling Haaland and Zlatan Ibrahimovic, is understood to have been living with a serious illness since the beginning of 2022. A tweet from Raiola’s official account in January had revealed that he had undergone medical checks requiring anesthesia, but that he had not had emergency surgery.

According to a report filed by The Sun as well as the updates shared by journalist Fabrizio Romano, Raiola is battling his illness and remains alive ‘but in a bad way’.