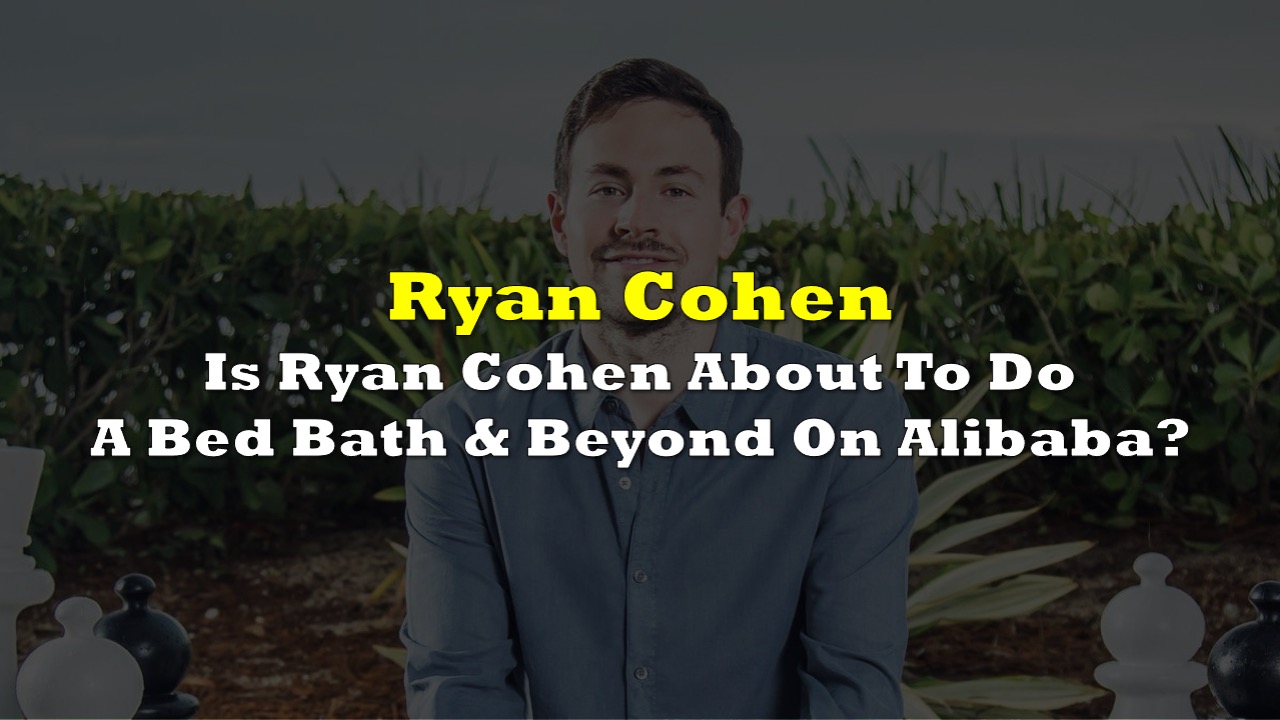 Billionaire investor Ryan Cohen has established a stake in China’s Alibaba Group worth hundreds of millions of dollars and is pushing the e-commerce giant to raise and speed up share buybacks.

According to the sources, Cohen, who thought that Alibaba shares were undervalued, told the company in his emails that he believed it could achieve double-digit revenue growth and nearly 20% free cash flow growth over the next five years.

Alibaba increased the size of its share repurchase program to $40 billion in November, an increase of $15 billion, and announced that the program will be extended through the end of March 2025. Cohen said this could be raised to $60 billion.

The company’s US-traded ADRs finished Friday at $117.01, up 30% since early August and 27% this year. However, the price remains well below its high of more than $300 per share during the COVID-19 pandemic.

Alibaba shares began a steady decline in late October 2020, just as Beijing initiated a regulatory crackdown on the internet sector. By November 2022, the business had lost around a third of its value, however shares have recently risen amid signs that the Chinese government will reduce its assault on internet companies.

In a parallel fashion, Cohen took a nearly 10% stake in Bed Bath & Beyond (Nasdaq: BBBY) back in March 2022. The investor then also wrote to the retailer’s board, criticizing it for an “overly ambitious” strategy, overpaying its top executives and failing to reverse market share losses.

“We believe Bed Bath needs to narrow its focus to fortify operations and maintain the right inventory mix to meet demand, while simultaneously exploring strategic alternatives that include separating buybuy Baby, Inc and a full sale of the Company,” Cohen wrote.

Fast forward to five months later, during a brief rally in share price, Cohen sold his entire position in BBBY. Combined with call options, total gross proceeds from all transactions are believed to total $189.3 million. Cohen, via his investing arm RC Ventures, is believed to have made a profit of an estimated $68.1 million from the trades after the price paid for the shares is factored in.

On the other hand, Cohen took a nearly 10% investment in GameStop (NYSE:GME) in September 2020, making him the company’s largest individual investor. This was then increased to 12.9% in December 2020.

In November, he started what might be called an activist investor’s campaign, in which an investor buys a not-insignificant stake in a company, then makes a nuisance of themselves, publicly questioning management’s aptitude and agitating for control of the board of directors.

Cohen joined the GameStop board of directors in January 2021, along with two Chewy executives. Cohen was also named chairman to oversee a new committee in charge of a company-wide transformation. Cohen’s appointment sparked a stock surge, with the stock increasing by 1,500% in two weeks.

While Cohen’s shares ballooned in value, the investor hasn’t yet sold his stake. He became chairman of the company at the succeeding shareholder’s meeting.

Cohen previously stated that he wants to find more undervalued companies to invest in, as well as identify those that can be managed better and urge them to implement reforms.

Information for this briefing was found via Reuters and the sources mentioned. The author has no securities or affiliations related to this organization. Not a recommendation to buy or sell. Always do additional research and consult a professional before purchasing a security. The author holds no licenses.