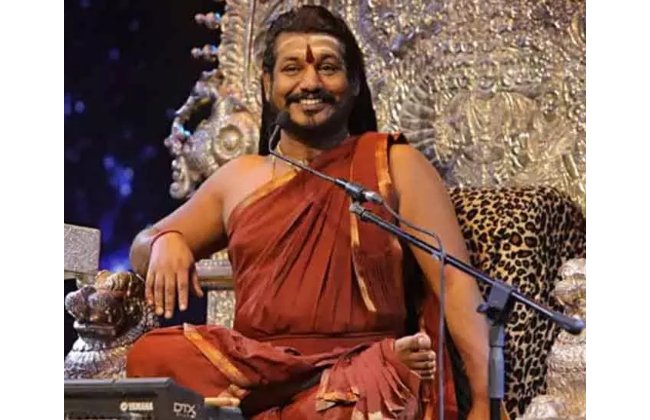 Self-proclaimed spiritual leader and rape accused Nithyananda is reportedly on death bed. Rumors are doing the rounds that his health has deteriorated and is seeking political asylum in Sri Lanka. According to the reports, Nithyananda penned a letter to the president of Sri Lanka on August 7 for Nithyananda’s medical treatment. In the letter, it was mentioned that rape-accused Nithyananda was critically ill and in dire need of treatment.

According to India Today, “Letter was written by Nithyaprematma Ananda Swami, who claims to be the minister of foreign affairs of Shrikailasa.” The letter requested by the president as follows – “The Supreme Pontiff of Hinduism (SPH) His Divine Holiness Sri Nithyananda Paramashivam is in need of urgent medical care for a serious medical condition. After exhausting the medical facilities currently available in Kailasa, the doctors are still unable to diagnose the underlying medical condition. The SPH is presently in the Sovereign Land of Shrikailasa, which does not have the required medical infrastructure that is most urgently needed at this time.”

In the letter, the Shrikailasa minister said, “Keeping the health of Nithyananda in mind, we request Your Excellency to grant irrevocable political asylum immediately to SPH so he can be airlifted via air ambulance and receive medical treatment in safety in the Democratic Socialist Republic of Sri Lanka. In addition, given that SPH’s life is in danger from the forces of persecution, we believe that the best way to guarantee his safety is for SPH to travel from and to Shrikailasa as a Head of State.”

“Shrikailasa will purchase and bring any medical equipment required to treat SPH and will take care of all the medical expenses incurred in Sri Lanka. And as an expression of our gratitude, we will leave behind that medical equipment worth millions of dollars for the benefit of the people of your nation,” Nithyananda minister’s letter read.

After this news has come out, netizens are questioning why Nithyananda has chosen only Sri Lanka which is facing a severe economic crisis. It is all known knowledge that Nithyananda fled from India in November 2018 after Gujarat police arrested two of his disciples on charges of kidnapping. He belongs to Tamil Nadu and his real name is said to be Rajasekharan.