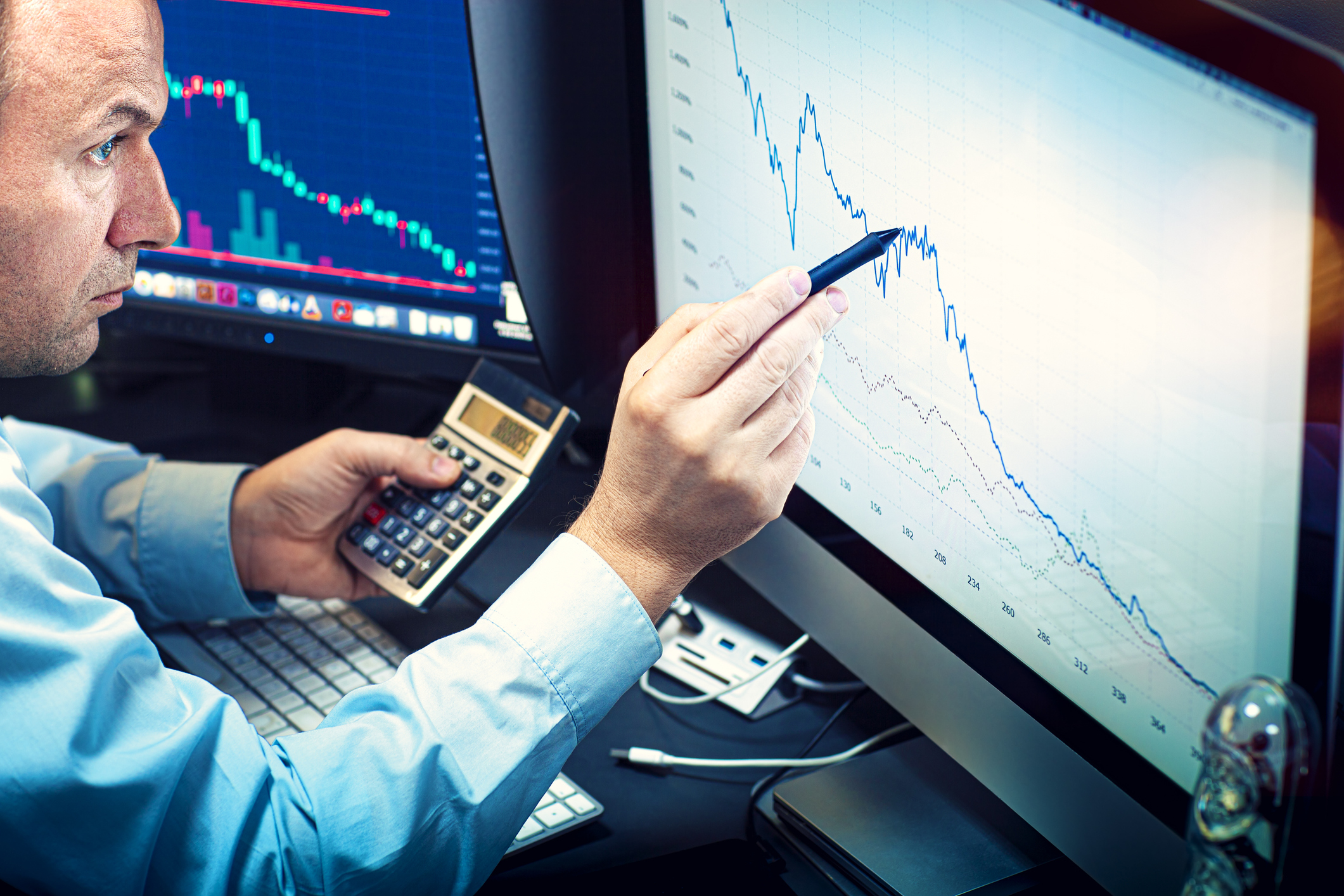 Troubled retailer Bed Bath & Beyond (BBBY) has become a bit of a meme stock for investors looking for a speculative play with the potential for a short squeeze. But the stock is a complete gamble. At this point, the company may file for bankruptcy, which could destroy investor wealth, even from the company’s already-low share price.

Companies file for bankruptcy when they’re unable to meet their debt obligations. While bankruptcy can put a company out of business (Chapter 7), oftentimes, bankruptcy is a tool to restructure the company (Chapter 11). Restructuring helps keep the business running while negotiating a repayment plan with its creditors. But shareholders often lose in a bankruptcy filing. After all, dividends can be suspended, the stock could be delisted, or shares could even be canceled. Generally speaking, it’s a good idea to avoid stocks of companies facing potential bankruptcy filings.

But how likely is it that Bed Bath & Beyond will have to file for bankruptcy? The company’s recent actions suggest it’s a real possibility, and investors can look at charts for all the reasons they need to avoid Bed Bath & Beyond altogether. Here is what you need to know.

Bed Bath & Beyond has been struggling for years

Bed Bath & Beyond’s hardship is hardly news; a glance at the company’s long-term performance will reveal a business declining for some time now. You can see in the chart below that both revenue growth and operating margins have deteriorated, steadily increasing cash losses. In fact, the company burned $1 billion in cash over the past year alone. 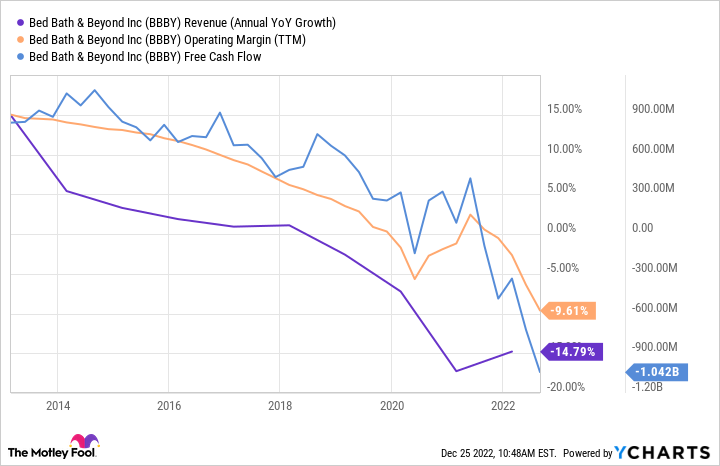 Ongoing cash losses have forced Bed Bath & Beyond to borrow money to keep the business running. Today it has roughly $1.7 billion in long-term debt on the books. Debt costs money to service (interest expenses), which can create a debt spiral; Bed Bath & Beyond’s losses increase, which forces more borrowing, resulting in worse losses.

There’s nothing left for shareholders

You can see that shareholder equity is negative $577 million. In other words, Bed Bath & Beyond owes so much to creditors that it could liquidate all of its assets and would still fall $577 million short of paying everyone back. 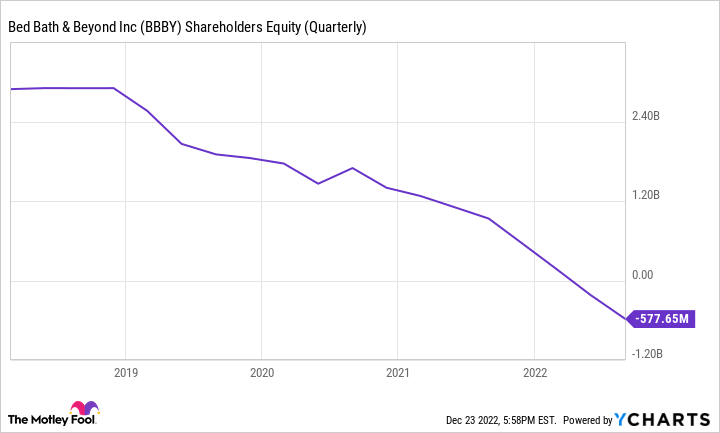 This is a huge red flag. The stock has a market cap today of roughly $230 million, but one could argue that it should be worthless because the business itself isn’t worth anything hypothetically. Of course, it’s possible Wall Street could be pricing in a turnaround (or at least the possibility of one).

But again, how likely is that? Bed Bath & Beyond is trying to restructure itself without declaring bankruptcy. With just $135 million in cash, management is trying to maneuver around some of its debt. For example, in November, it privately negotiated an exchange of $69 million in notes due in 2024, 2034, and 2044 for 11.7 million shares of stock. This takes some of the debt burdens off the company, but dilutes investors by increasing the number of outstanding shares.

However, that was a slight drop in the overall bucket, and management is still trying to get creditors to exchange notes. Bed Bath & Beyond is struggling with finding takers, though. In fact, management has extended its deadline to arrange a deal multiple times. The latest deadline is Jan. 4, 2023, and the company could extend it again from there.

The problem for shareholders is that Bed Bath & Beyond may file for bankruptcy if it cannot make the arrangements it needs with its debt. In that scenario, shareholders could easily get wiped out because the company has no equity (remember, shareholder equity is negative at the moment). In the interest of caution, investors should treat the stock as a lottery ticket type of gamble, with the likeliest outcome being that it goes to zero if the company does in fact file for bankruptcy.

In other words, Bed Bath & Beyond isn’t the stock for you if you’re looking for investments instead of high-risk gambles.