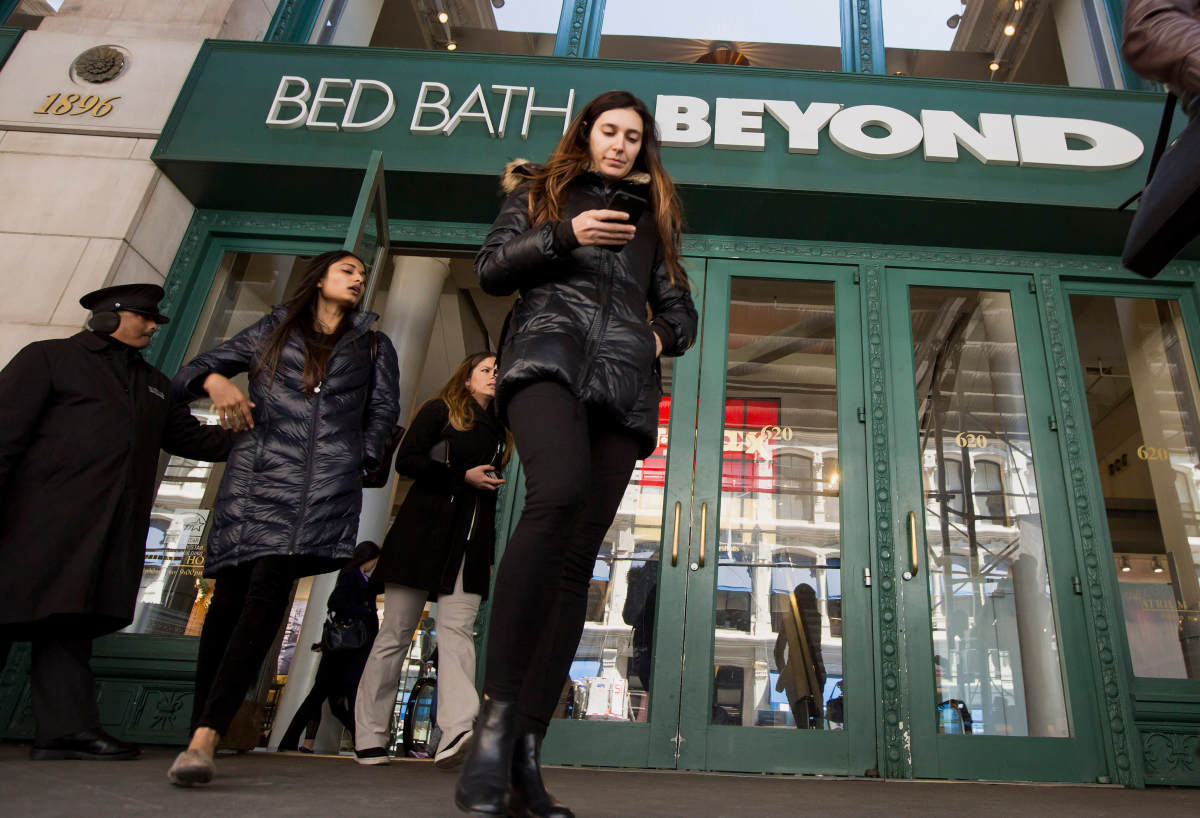 Bed Bath & Beyond (BBBY) – Get Bed Bath & Beyond Inc. Report stock has been the recipient of lots of Wall Street skepticism. And the company did itself no favors when it failed, miserably, to beat market expectations during its most recent earnings report on April 13th. Weakness in consumer demand over the usually strong holiday season was a large contributing factor to BBBY’s disappointing results.

However, since March, BBBY’s business has been influenced by activist investor Ryan Cohen, who also happens to be GameStop’s (GME) – Get GameStop Corp. Class A report Chair. Thanks to Cohen’s involvement, Bed Bath has regained the attention of mainly retail investors. Some see a possible repeat of GME’s “meme” darling storyline.

There are no doubt some striking similarities between Bed Bath and GameStop. Both are strong, established retail brands. And both businesses have been heavily affected by retail headwinds, including the rise of e-commerce and the slowdown in traffic to brick-and-mortar stores. And now, both are also being influenced by activist investor Ryan Cohen, who has become a major shareholder in both companies (Cohen is also Chair of the board for GameStop, though he does not hold a similar position at Bed Bath).

During the COVID-19 pandemic, both BBBY and GME took huge hits to their core businesses. Short sellers saw weakness in the fundamentals of these companies, and several large hedge funds decided to bet massively against them. But the very high short interest on both GameStop and Bed Bath caught retail investors’ attention… and we all know what happened next. Retail traders’ frenzy to crush the short sellers spurred historic short squeezes in early 2021. GME is of course the most famous of these squeezes, but BBBY had a serious short squeeze of its own.

Now, it’s been more than a year since the so-called “meme frenzy” gripped GME, BBBY, and a handful of other stocks. Many institutional investors and hedge funds, however, continue to be very skeptical of both Gamestop and Bed Bath.

Indeed, the latest short interest data on Bed Bath, provided at the end of March, showed that about 36% of the stock’s float is being shorted. And GameStop isn’t too far behind – its short float is 26%.

Keep in mind that short interest above 15% is generally considered very elevated. And while elevated short interest can signify well-founded, fundamentals-based market pessimism, it can also mean that short sellers are vulnerable to a short squeeze.

What The Heck Does Ryan Cohen See In Bed Bath & Beyond?

For some time now, Bed Bath’s business has been showing signs of decline. Throughout fiscal 2022, the company has not managed to beat market earnings estimates for a single quarter. According to the company’s management, “major headwinds in the macro environment” have been affecting the company’s growth. Inventory problems have been blamed as a major culprit, and a strategic turnaround plan is being developed.

In their most recent quarter, Bed Bath reported a considerable net loss and a drop in practically all sales indicators. And the next year could be an even more challenging one – the company will have to show that its new strategies are gaining traction and having a positive effect.

So in light of the company’s problematic structure and recent poor performance, why did billionaire Ryan Cohen choose to invest in Bed Bath & Beyond?

Well, it’s hard to know for sure, but apparently Cohen sees underestimated potential in the company. Cohen has a successful track record in retail management and e-commerce – he turned former pet shop retail startup Chewy (CHWY) into a billion-dollar company.

In early March, Ryan Cohen purchased nearly 10% of Bed Bath’s total shares through his holding company, RC Ventures. This purchase immediately made Cohen one of the company’s top five owners. Cohen is an activist investor, so it should come as no surprise that along with his purchase came a letter with demands for strategic changes. In that letter, he harshly questioned the way Bed Bath’s business was being conducted by its management.

Among Cohen’s demands, one caught a lot of attention: spinning off Buy Buy Baby, a subdivision of the company, to relieve operational stress. According to Cohen, Buy Buy Baby is estimated to reach $1.5 billion in sales by fiscal 2023, representing a double-digit growth profile and at least 50% digital penetration. Given these figures, Cohen estimates that Buy Buy Baby alone is likely to be more valuable than BBBY’s entire market cap at current levels ($1.8 billion, as of April 1).

Cohen believes that, if it achieves continued growth under the right circumstances, Buy Buy Baby could be valued at a double-digit earnings multiple, which would justify a multi-billion dollar valuation. That alone may be a good reason to have bought a sizable chunk of Bed Bath’s shares.

So, is BBBY a GME rerun?

What happened (and has been happening) with GameStop’s stock since late 2020 is probably a truly unique phenomenon. External and company-specific issues converged in just the right way and at just the right time. We don’t see any other stock writing an equal, or better, story in the near future.

But the similarities between Bed Bath and the late 2020 GameStop are not insignificant. Both companies are under the strong influence of Ryan Cohen’s fanciful mind, and Cohen has seen opportunity in both companies even in the face of strong market bearishness.

Both companies have also gained strong acceptance from retail and meme stock investor communities. Bed Bath and GameStop stocks’ trading performance are somewhat influenced by fundamentals, but their main drivers are momentum and FOMO.

With Bed Bath & Beyond gaining the spotlight once again, we may well see some wild, Gamestop-like activity play out. BBBY’s 36% short ratio could certainly help fuel some fireworks.

(Disclaimers: this is not investment advice. The author may be long one or more stocks mentioned in this report. Also, the article may contain affiliate links. These partnerships do not influence editorial content. Thanks for supporting Wall Street Memes)