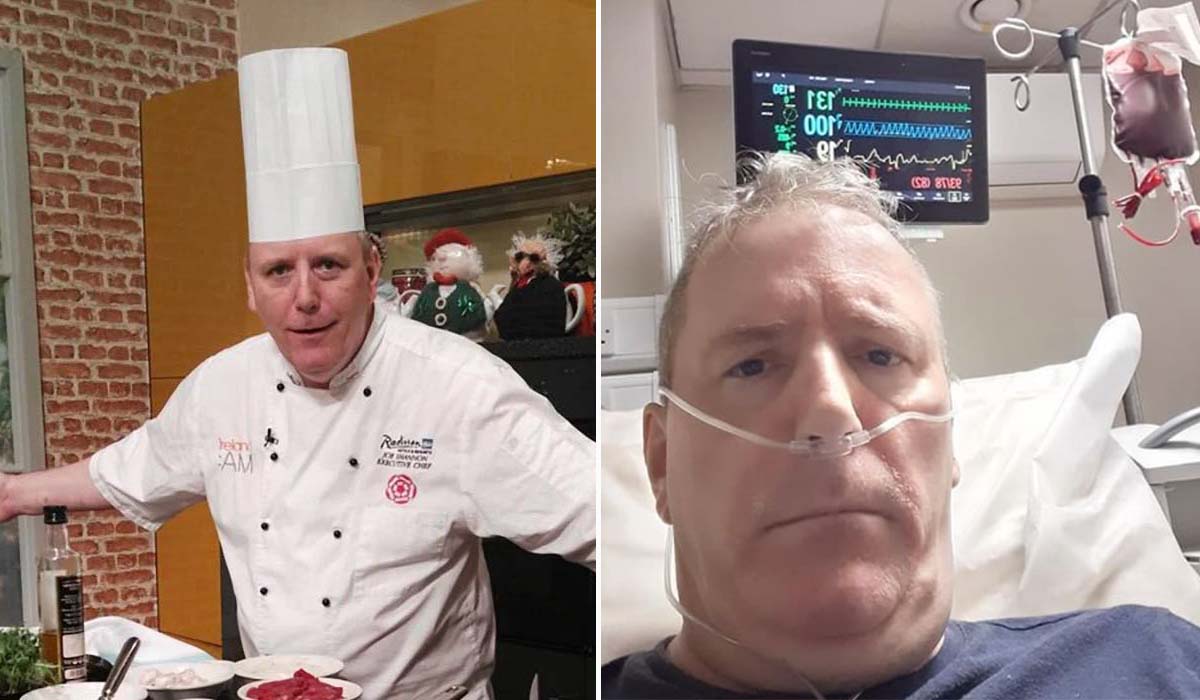 Ireland AM chief Joe Shannon believes he ‘experienced a miracle’ on his death bed after being given his last rights by a priest in hospital.

In March last year Joe was diagnosed with bowel cancer after a blockage in his intestines was discovered by doctors. Following a fiver-hour surgery, it was discovered that Joe’s cancer had spread to his liver.

Joe became extremely ill in July last year to the point he ended up in ICU, with doctors concerned that he ‘wouldn’t last the night’.

However while he was in a ‘sort of coma-sleep’ he saw his late mother before waking up to find that ‘something dramatic has changed for the better’.

‘At one stage I was given my last rites by the priest. They were very, very concerned that I wouldn’t have made it through the night. The infection had taken over my body and I was very weak.

‘On my lowest night I was in some sort of coma-sleep. And in that situation, I saw my mother, who died in 2007, at the end of my bed smiling down at me. I thought she was taking me to the next life, to be honest.

‘I had no fear, but the next thing I know, I was awake and the doctor said, “You’re a miracle man, something dramatic has changed for the better and there’s been a reversal of where you were 12 hours ago”. I told the doctor of my experience and joked that maybe it was the drugs that I was on,’ he told the Irish Sun.

The doctor couldn’t provide an ‘answer’ for why Joe had suddenly gained a burst of strength outside of that ‘something strange had happened’.

Thankfully, the celebrity chef is now fully recovered, but admitted he wouldn’t have gone to the hospital if it wasn’t for his wife Marie.

He explained: ‘We were in the midst of lockdown. One of the days last March in 2021, I was chatting away on a Zoom call and, all of a sudden, I felt terrible stomach cramps and a sensation of retching. It was just general cramping like a wind pain.

‘I hadn’t gone to the toilet so I thought it was just a simple thing like constipation. I was taking all sorts of laxative thinking if I went to the toilet all my troubles would be over, but it was far from that.

‘That pain went on for two days and I eventually caved into my wife, who insisted that I went to the hospital. Like a lot of men I was stubborn and I thought it was a bad case of constipation.’

Three days after going to Sligo Hospital with cramps, the Virgin Media star was told by doctors he had stage three cancer.

‘The next day, Tuesday, the surgeon said to me, “Look it Joe, we took a tumor out of you, it looked very aggressive and I suspect it’s cancerous”. The lab came back and it was confirmed I had stage three cancer. So I started the chemo and, in parallel, the doctor started the tests.

‘By the time it came to my second session of chemo, they realized there was a second tumor that developed in my liver. So we had to suspend the chemo for a month. I had a second surgery where they removed part of my liver and gall bladder,’ he said.

After finishing his chemotherapy on April 18, Joe is happy to report that there is ‘no evidence of disease’. While he can’t tell ‘if it’ll never come back’, Joe is going to continue living life to the fullest.

‘I am not afraid of death as life owes me nothing. I have had — and hopefully will have for a while — a great life, brilliant wife and kids. I was brought up by beautiful loving parents, brother and sisters.

‘I have great friends and have had the pleasure to meet fantastic people. I have made lots of mistakes and could have made better choices on occasions, but show me anybody who is any different…

‘Some people are walking the streets with cancer and don’t know it. I had no symptoms that I can tell you leading up to it, so the message I really would love to get out is to go to your GP even if you feel 100 per cent and get them simple tests done. Early prevention is the key,’ he advised.