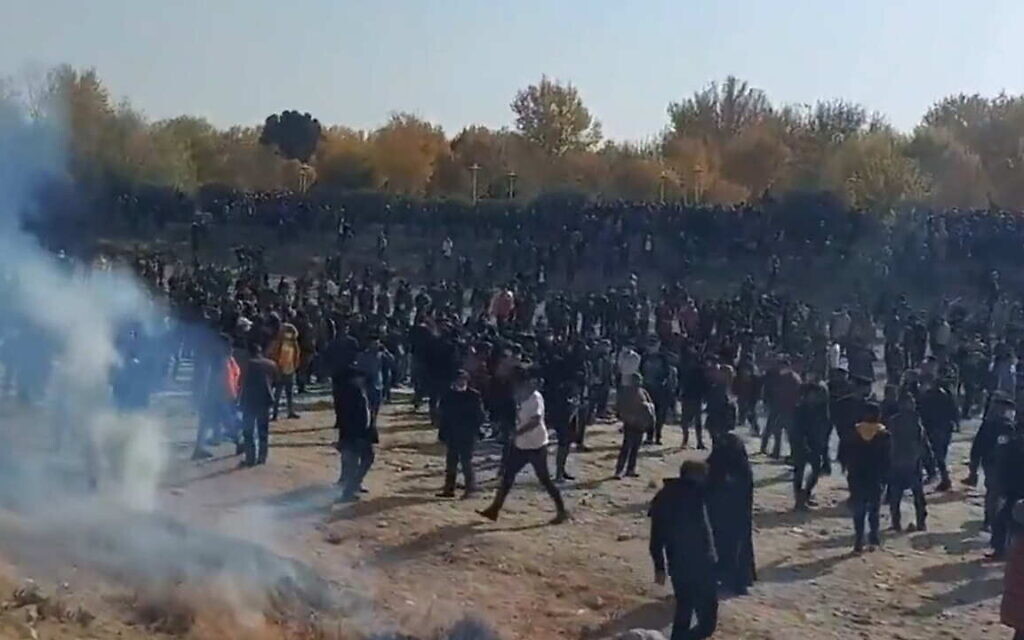 Police used tear gas to disperse hundreds of people in a central Iranian city who were protesting to demand government action over a drought, media reported Friday.

Some videos on social media showed police officers and protesters clash in the dry riverbed of the Zayandehrud River. The video corresponded to known features of the area, although original posters of the material from The Associated Press could not be immediately obtained. Other videos showed similar unrest in the surrounding streets of Isfahan.

The Iranian semi-official Fars news agency said a heavy force had ended the gathering of about 500 people in Isfahan. In a separate report by the semi-official Tasnim agency, unknown perpetrators damaged a pipeline that transports water from Isfahan to other provinces on Thursday evening.

Farmers reportedly ended a nearly week-long protest in the region on Thursday after authorities promised to compensate them for losses in drought-stricken areas in central Iran.

Drought has been a problem in Iran for about 30 years, but has gotten worse over the past decade, according to the United Nations Food and Agriculture Organization. The Iranian Meteorological Organization says an estimated 97% of the country is currently experiencing some drought.

By registering, you agree to the terms and conditions

The agricultural area around Isfahan was once well supplied by the Zayandehrud River, but nearby factories have increasingly benefited from it over the years. The river once flowed under historic bridges in downtown Isfahan, but is now a barren stretch of dirt.

In 2012, farmers clashed with police in a town in Isfahan province. In the process, a water pipe broke that carried around 50 million cubic meters of water to a neighboring province every year. Similar protests have continued sporadically since then.

That is why we come to work every day – to give discerning readers like you indispensable coverage of Israel and the Jewish world.