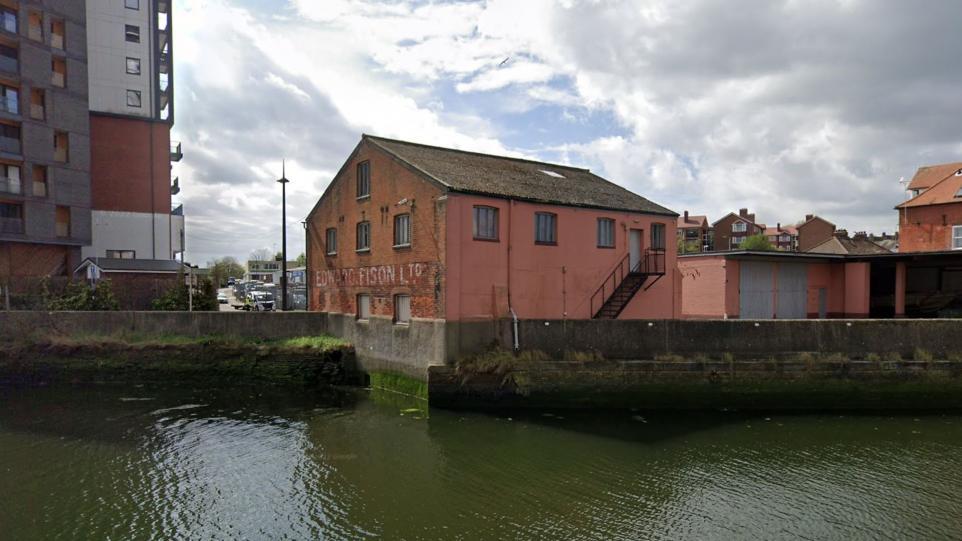 Plans to convert a well-known Waterfront building into a four-bed home have been approved by the Borough Council.

The proposals will see the former Webster’s Trade Yard become a two-storey dwelling.

The first floor of the building will accommodate four bedrooms, with two of them having access to a terrace overlooking the waterfront.

The second floor will provide a kitchen and living space with office/snug, and further terraced areas with views down the river.

There will also be a utility, shower and plant room within the form protruding from the warehouse’s actual brick walls.

Two-storey extensions will be added to the site, while some of the outbuildings will be demolished.

Plans to convert the former Websters Trade Yard into residential homes have been ongoing for the last 10 years.

In 2012, an application to convert the building into three flats with integral garage parking was refused, with the council arguing that the proposal failed to take the opportunity to improve the character and quality of the area.

However, the latest plans have been approved based on “the protection and enhancement of the character of the street scene and the Stoke Conservation Area.”