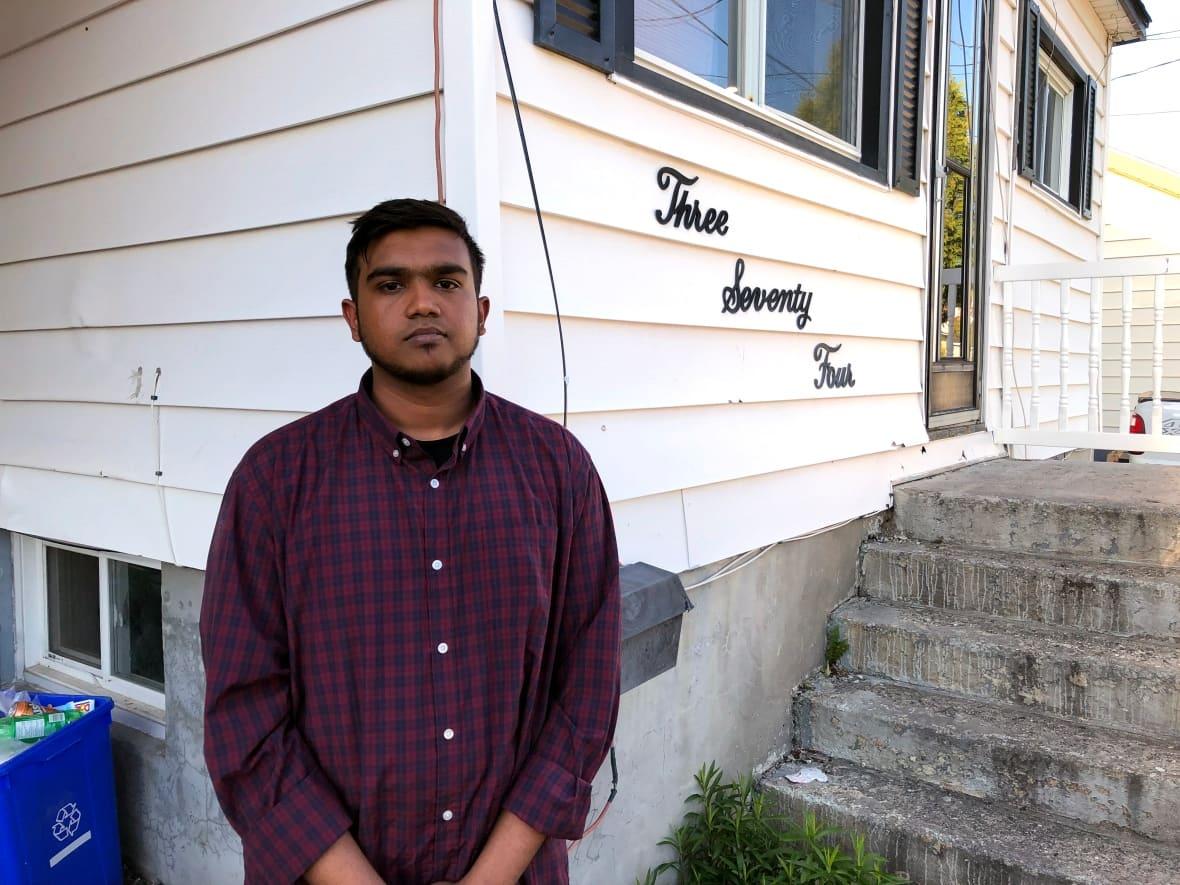 When Chinmoy Kar Victor first arrived in Greater Sudbury, Ont., it was after midnight on May 2. After paying an expensive cab ride from the airport to his new rental unit on Bond Street, he was shocked to find it wasn’t anything like the pictures he saw online.

What was supposed to be a three-bedroom house had been converted to seven bedrooms, with multiple people living in each room.

Being an international student, Victor didn’t have extra money to go to a hotel, and his work placement was to begin at 9 am that morning. So he stayed.

“My first night was the most difficult night, because I had to stay in a room where there was no heater. I didn’t have a bed, I was cold. I wrapped up with my warm jacket, but it was still not enough ,” he said.

“Then I realized there was something bigger, which was bed bugs, cockroaches, rats walking all over me.”

Victor is originally from Bangladesh, but he moved to Canada in the fall of 2019 to attend Memorial University in Newfoundland.

He moved to Sudbury in northern Ontario earlier this month for his four-month work placement toward his engineering degree.

He saw the ad for the rental on Kijiji, but it was also posted elsewhere on social media. He agreed to pay $525 per month.

Victor has tried to get his money back from the landlord with no luck. It’s the same for his seven housemates, all of whom are international students attending school in Sudbury.

When they try to ask for their money back, Victor said the landlord threatened and bullied them. They have screen shots of texts and recordings of phone calls with the landlord.

“I insisted him to give me the money back, and he brought up all the legal implications that I have to face if I want to move out,” said Sibi Soundarajjan, one of the other tenants.

“I called my friend who is studying law, and according to what he said, I contacted the landlord again and tried to convince him to give me my money back and he ended the call on me.”

The tenants said they feel the landlord is taking advantage of the fact that they are new to Canada and don’t know Canadian laws or Ontario tenant rights.

“He was himself contacting potential tenants whom he was thinking as newcomers,” Victor said of the landlord. “His only target is the newcomers because newcomers will take some time to realize what’s happening.”

Victor and his housemates are among the 622,000 international students studying in Canada. That number was 248,000 10 years ago.

CBC left multiple messages for the landlord, with no response. The phone number provided to the tenants is based in New Jersey.

A spokesperson with Tribunals Ontario said the tenants can file an application with the Landlord and Tenant Board for multiple reasons. There is a fee to file the application, but applicants can request that be waived if they meet financial eligibility requirements. The spokesperson suggested tenants get legal advice before proceeding.

The tenants at the Sudbury house were concerned that it didn’t have working smoke alarms.

During an initial inspection, Greater Sudbury Fire Services found no working smoke alarms or carbon monoxide (CO) detectors. Those were installed immediately by fire services, with the expense billed to the owner.

“In the event a fire should occur that night, they need to be able to be alerted to that emergency and be able to evacuate that building in a timely manner.”

Greater Sudbury Fire Services is moving forward with court proceedings against the landlord for severe violations under the Provincial Offenses Act for renting a home that did not have working smoke alarms or carbon monoxide detectors. If found guilty, that fine could be as much as $50,000.

Creating a secondary unit in a home requires a building permit. If that’s not the case, the city will issue a notice of violation, either of the building code or the zoning bylaws. The owner must take steps to comply. If that doesn’t happen then enforcement occurs, which could include court orders, fines or other repercussions.

“You have a vulnerable population coming into our city, choosing to come to our city, and being taken advantage of by slumlords,” she said.

“We want to make sure that the students who are welcomed here are safe — the parents want to know that — but we also want them to be responsible and responsible to the areas that they are moving into. This applies to the landlords. They will be identified one by one,” Landry-Altmann said.

At least one of the students living on Bond Street attends Cambrian College. Most post-secondary schools have departments that help newcomers get settled, a spokesperson for the college said, adding they have no jurisdiction over the behavior of private landlords.

The tenants at the Bond Street location filed a complaint to the local public health department. Complaints may be submitted by tenants, or concerned neighbors and friends.

An inspector will attend to check for any violations of the Health Protection and Promotion Act, a spokesperson for the department said. The landlord will be responsible for rectifying problems. Failure to comply with that order involves hefty fines.

“Staying with rats, staying with lots of insects, it’s definitely making us sick,” Victor said, adding that it’s also taking a toll on his mental health.

“I completely do not feel safe in this place, but at the same time I do not have much options.”

Victor said he wants to make sure no one else goes through the same experience.

“As soon as we move out on the first of June, I have a strong feeling that he’s going to bring another new set of students and is going to do the same,” he said.

“He just took very bad advantages of us…. And I just don’t want anyone else to feel the same.”