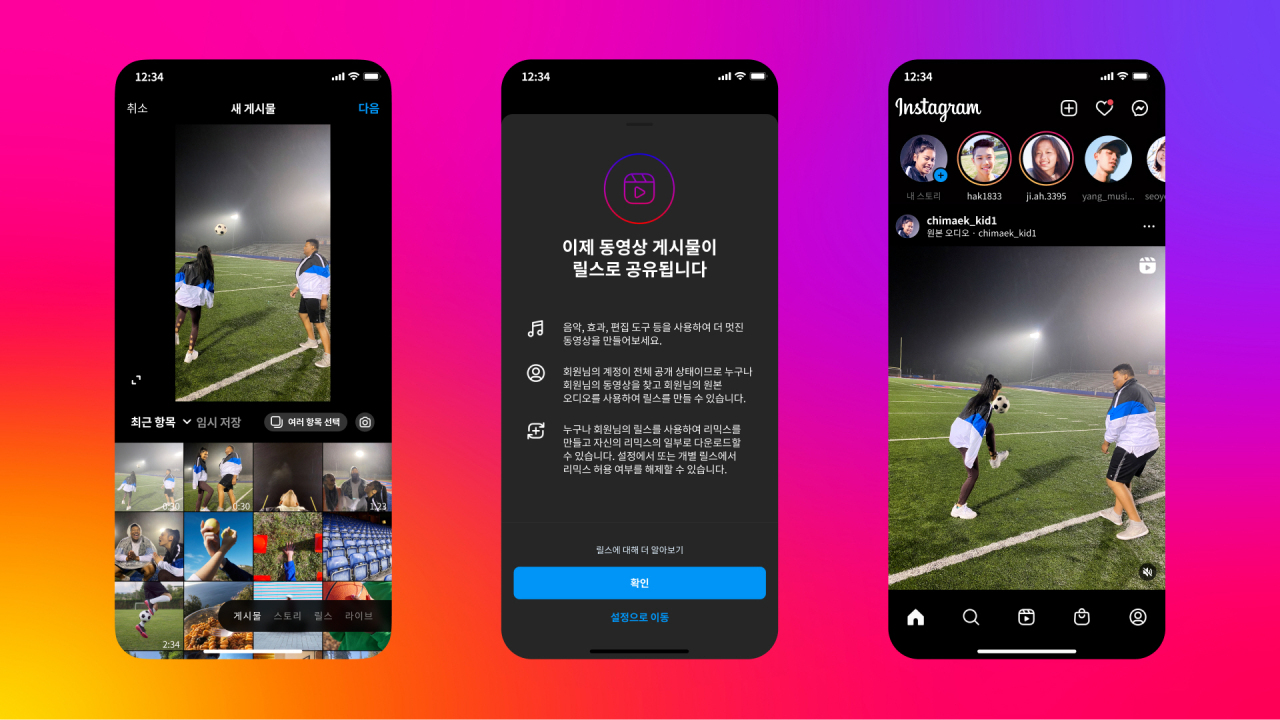 Instagram has picked South Korea as a test bed for its expanded Reels service, the social media platform said Wednesday.

The new Reels feed will include videos that can be up to 15 minutes long. The previous reels feed only showed short clips up to 60 seconds, according to Instagram.

Korea, along with Brazil, was one of the only two countries to be selected for the trial run of the more inclusive Reels service.

As the video tab will be removed from each account’s profile page, all videos uploaded by users will be shown under the Reels tab for profile pages.

With the latest update, Instagram said users will be able to utilize editing tools that were limited to shorter Reels clips for all video uploads. These tools include adding stickers and drawing and writing text.

According to Instagram, Korea has been selected as a test market because it is a leading country in Instagram trends around the world, including the K-content craze.

Although the social media platform did not reveal how long the trial operation of the new Reels service will take place, it said the response of Korean users will play a significant role in deciding whether it will go ahead with an official global update.