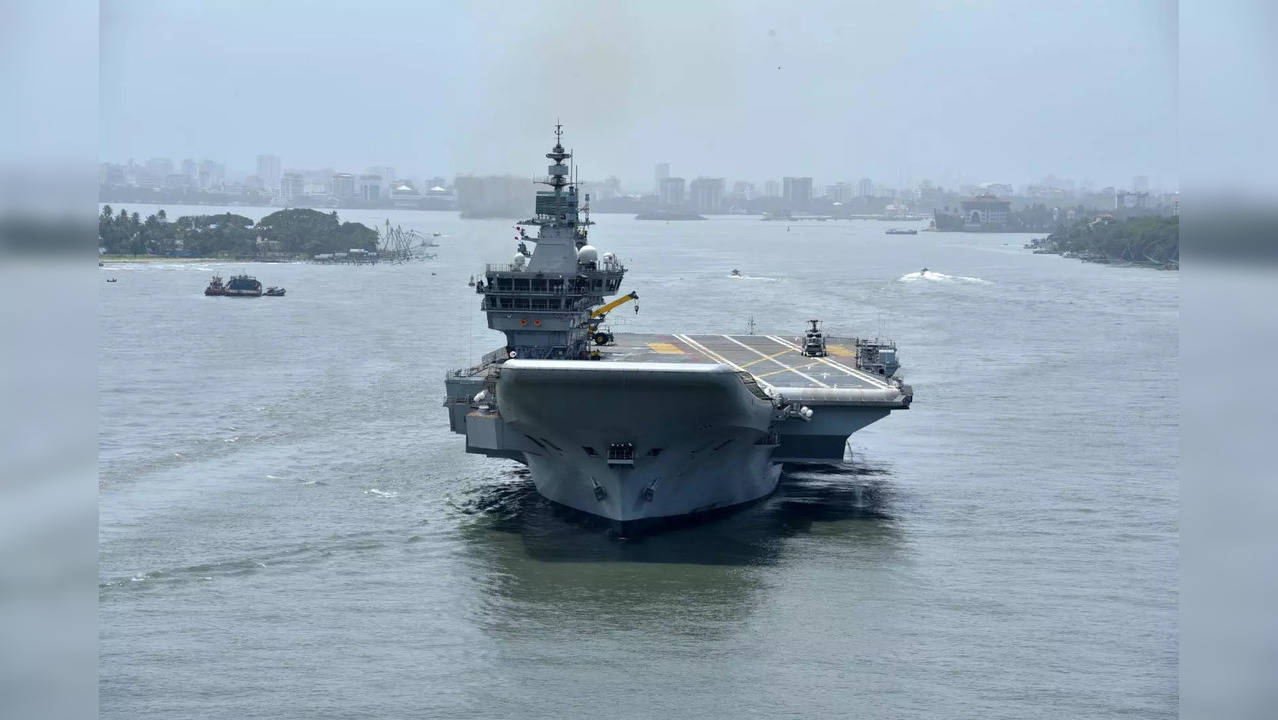 New Delhi: In a big boost to Indian maritime security, India’s indigenous Aircraft Carrier (IAC) ‘Vikrant’ will be commissioned on September 2. In order to cater to the needs of medical emergency on board, the aircraft carrier comprises of a mini hospital with 16 beds , two operation theaters and a CT scan machine.
Speaking to ANI, Lieutenant Commander Harsha MR, the medical officer posted on INS Vikrant, said, “Vikrant has a primary medical complex and we have more than 40 compartments spread over the entire ship. We have a 16-bed hospital with all the facilities such as laboratory, CT scan, ultrasonography, X-ray as well as the blood transfusion department and two dental chairs and dental treatment facilities.”
The Lieutenant Commander further informed that the IAC Vikrant will be the first Indian warship to have a CT scan machine and two operational theaters.

The indigenous aircraft carrier is designed by the Indian Navy’s in-house Directorate of Naval Design (DND) and built by Cochin Shipyard Limited.

The ship would be capable of operating air wing consisting of 30 aircraft comprising of MIG-29K fighter jets, Kamov-31, MH-60R multi-role helicopters, in addition to indigenously manufactured Advanced Light Helicopters (ALH) and Light Combat Aircraft (LCA ) (Navy). Using a novel aircraft-operation mode known as STOBAR (Short Take-Off but Arrested Landing), the IAC is equipped with a ski-jump for launching aircraft, and a set of ‘arrester wires’ for their recovery onboard.

INS Vikrant would bolster India’s position in the Indian Ocean Region (IOR) and its quest for a blue water Navy.