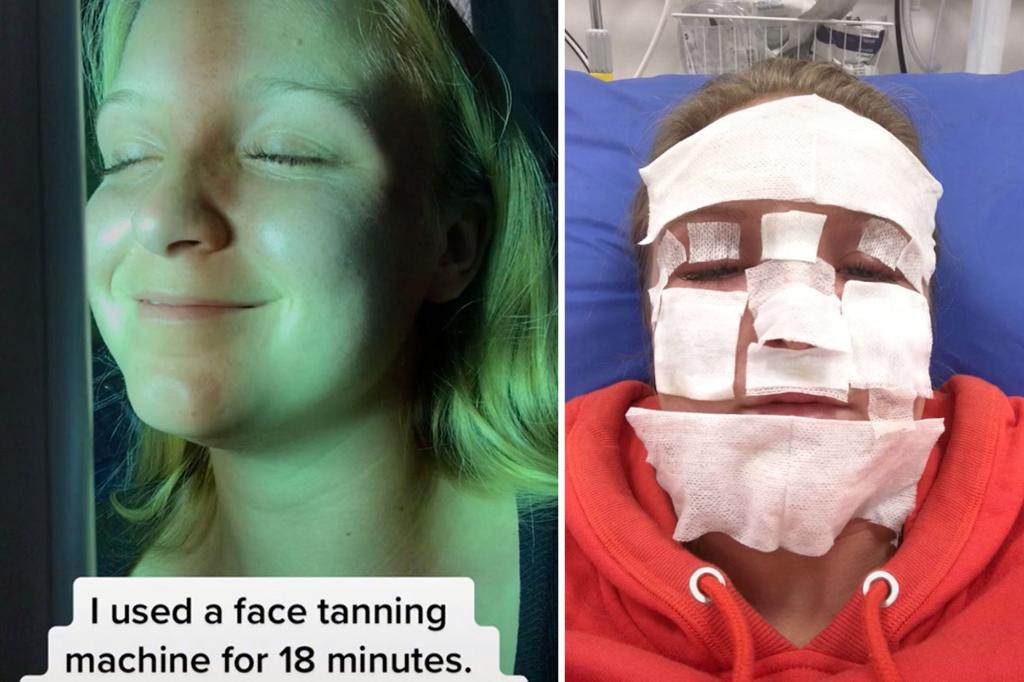 A woman’s experience with a tanning machine left her feeling red in the face.

Emma Hoffstrom, a fitness influencer from Sweden, is now healing from severe burns and scars after spending 18 minutes in a “broken” tanning machine at a salon.

Hoffstrom posted a now-viral video to her TikTok last month that shows before and after photos and details her horrific ordeal.

The first image in the video shows her smiling in a tanning booth followed by snapshots of her with severely red skin and blisters. In one photo, she lays in a hospital bed with gauze on her face.

”The tanning bed was actually broken. It’s supposed to have a limit of how much UV light you get – and on this one, it had no limit,” Hoffstrom says in a follow-up video.

Hoffstrom did not name the salon and said she chose not to sue them. Some commenters on Hoffstrom’s video offered their support but others warned her about the dangers of tanning beds and argued the salon wasn’t to blame.

“I used a year ago for a few minutes with my eyes open. I burnt the cornea in my eyes. I was blind for days. They things are dangerous ❤️,” said Lynn.

Tanning beds and sun exposure speed up the process of aging and they could also cause cancer.

“There is no such thing as a safe tan from a tanning booth. If you want a tan, consider using sunless tanning products,” writes the Mayo Clinic on their website.

There are over 1 million new skin cancer cases every year, according to the Mayo Clinic.