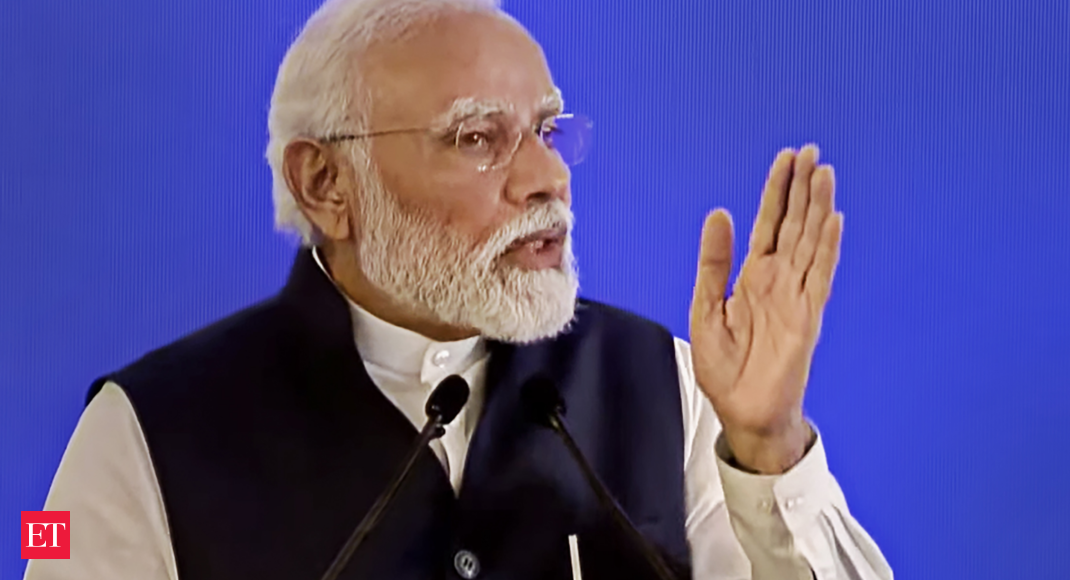 Prime Minister Narendra Modi on Friday said the country will get a record number of doctors in the next 10 years due to the central government’s policy of establishing at least one medical college in every district.

Speaking after dedicating to the nation a 200-bed KK Patel Mutli-speciality Hospital in Bhuj in Gujarat’s Kutch district via video-conferencing, he said coronavirus is still lurking and people should not take it easy and be watchful.

India to have a record number of doctors in the next 10 years: PM Modi

Speaking after dedicating to the nation a 200-bed KK Patel Multi-speciality Hospital in Bhuj in Gujarat’s Kutch district via video-conferencing, Prime Minister Narendra Modi on Friday said the country will get a record number of doctors in the next ten years due to the central government’s policy of establishing at least one medical college in every district.

The modern health facility is the first charitable multi-speciality hospital in the Kutch region and it has been built by the Leuva Patel community of Bhuj with help from donors based in India and abroad.

“The goal of having at least one medical college in every district and ensuring that medical education was in reach of everyone will result in the country getting a record numbers of doctors after 10 years,” the PM said.

He said two decades ago, Gujarat had just nine medical colleges with around 1,100 MBBS seats, but the medical education scenario has improved vastly in the last 20 years.

Stressing that coronavirus has still not gone away and people should not take it easy, the PM said Yoga and Ayurveda, which have their origins in India, caught the world’s attention during the pandemic.

He said export of turmeric from India has increased after the advent of the pandemic as people across the globe learned about its health benefits. To spread the message of healthy living, Modi urged the people of Kutch to set a world record by ensuring maximum participation of citizens in the district during the International Day of Yoga on June 21.

To boost tourism in Gujarat and in the country, the PM sought help of people from Kutch living abroad in persuading foreigners to visit attractions like the White Rann of Kutch during Rann Utsav and 182-metre tall Statue of Unity in Narmada district dedicated to Sardar Patel .

“This is my appeal to the Kutchi diaspora spread across the world. Every year, one such Kutchi family should persuade at least five foreigners to visit the Rann of Kutch and the Statue of Unity. This will definitely boost tourism activity and also help poor people such as auto drivers and tea sellers in earning livelihood” said Modi.

The PM called for constructing 75 lakes per district to mark the 75th anniversary of India’s independence. He urged the diaspora to contribute in building at least 75 large lakes in the arid Kutch region so that people do not face water shortage.

Modi expressed concern about the Maldhari (cattle-rearer) community of Kutch whose members are forced to migrate to other districts with their livestock and family in search of water and fodder after the monsoon months get over and dry season sets in.

“I want the people of Kutch to convince these Maldharis to stay back because Kutch is no longer water deficient. They must be made aware that there is no need to migrate because enough water and fodder is now available in Kutch. This migration also deprives them children of studies. This pains me a lot,” said the PM.