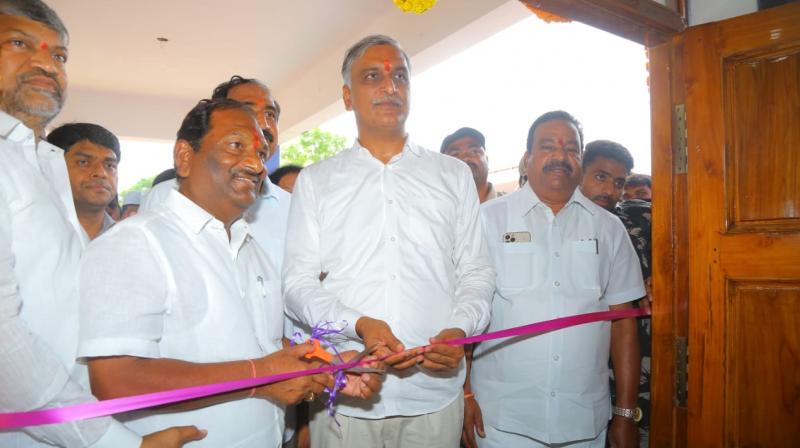 JAGTIAL: Health minister T. Harish Rao has asked medical department officials to increase normal deliveries at government hospitals to around 50 per cent in the coming six months. Inaugurating a 100-bed mother and child healthcare center here on Wednesday, he assured that Chief Minister K. Chandrasekhar Rao will provide incentives to those hospitals which conduct normal deliveries.

Before inaugurating the healthcare centre, the minister, along with his family members and welfare minister Koppula Eshwar, visited Sri Anjaneya Swamy Temple at Kondagattu in Malliala mandal and offered special prayers to the presiding deities.

Harish Rao pointed out that before formation of Telangana state, only 30 per cent of deliveries used to take place in government hospitals. But the percentage has increased to 56 percent with sanctioning of ₹ 12,000 incentive to pregnant women along with KCR kits.

The minister pointed out that the household health survey taken up by Telangana government in the state has become a model for the entire country. Even Niti Aayog has appreciated Telangana government for taking up such a survey. The health minister congratulated medical staff for rendering efficient services during the outbreak of Covid-19 pandemic.