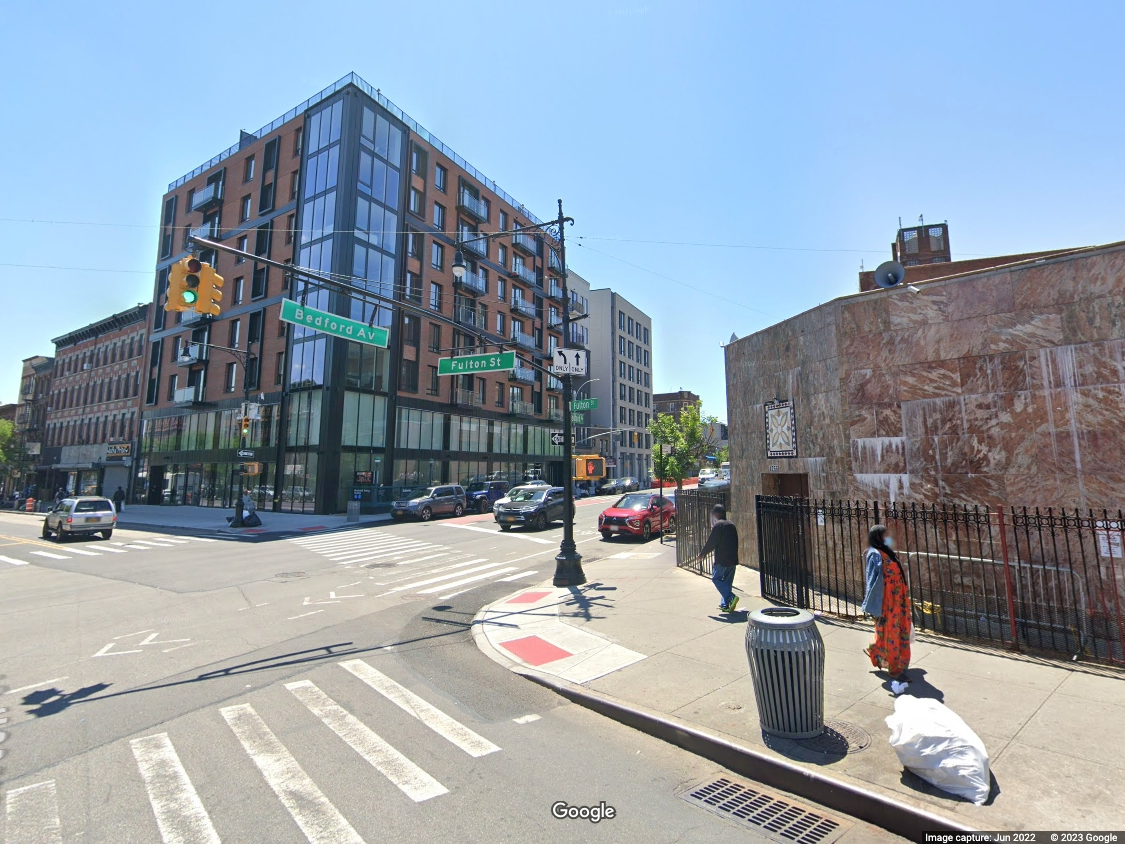 BED-STUY, BROOKLYN — A Shake Shack is set to open at the corner of Fulton Street and Bedford Avenue, according to reports, and some neighbors are concerned that the new fast food spots mark a turning point in a changing Bed-Stuy.

On social media, many residents point out that while there have been commercial vacancies at that corner that section of Fulton Street has long been a center of Black Muslim and African businesses, and many are concerned that the big chains could spell the end of a unique business corridor in Bed Stuy.

Just across the street from the new building where the two food chains will be located, at 1190 Fulton St., is the main Sunni mosque for the neighborhood, Masjid AT Taqwa.

Shake Shack did not respond to a request for comment or for information about the restaurants opening.

Residents and business owners told Patch about what they think this news means for Bed-Stuy and Fulton Street.

Bed-Stuy resident Sabrina Persaud said she was all for a growing and changing neighborhood, but said the new major fast food chains were one change she was not happy to see.

“This is not good for the neighborhood,” said Persaud. “This is going to harm the smaller restaurants in the community that have been here contributing to the neighborhood for years.”

“We saw what the big retailers and restaurants did to Harlem. We don’t want to be next.”

Another neighbor said it’s a good thing the business are coming in, especially with all of the empty storefronts available.

“I’m sensitive to the disruption gentrification brings, but in this case, I think it’s a net positive,” said Nigel, who only wanted his first name used and has lived in the neighborhood since 2004.

He told Patch that Shake Shack will add to the food options on Fulton Street, and that they can coexist with the current commercial scene.

Nearby business owners too voiced a range of reactions, from concerns about rent to welcoming more activity.

“There used to be people on Fulton all day long,” he said.

From his perspective — and long hours at his Fulton Street restaurant — Toure reports that neighborhood has many more residents who commute to work in Manhattan than it used to.

“You can see all the people leaving in the morning and getting home late at night,” he told Patch.

“People used to live and work in the neighborhood,” Toure said, “there used to be people around here all day long.”

“Now, during the daytime, you don’t see anybody.”

Toure said he’s concerned that the Shake Shack is going to convince commercial landlords that they can ask for bigger increases in rent, and that will push more business out.

Next door to the new building where Chipotle and Shake Shack will soon be located is Nouri’s Halal Meat Market.

Nouri said he’s been at his Bedford Avenue location for 20 years and isn’t much bothered by the newcomers moving in, and hopes they bring foot traffic with them.