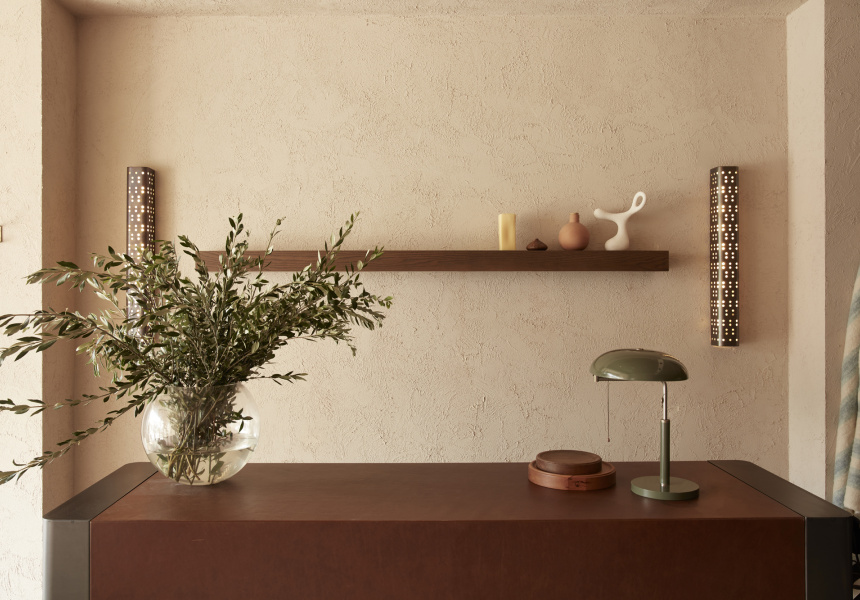 Since launching online in 2013 – and opening a boutique in Sydney in 2018 – In Bed has garnered a loyal following for its luxury bedding, sleepwear and homewares.

Now it’s expanding into Melbourne, with founder Pip Vassett describing the feel of her first Melbourne boutique as more of a (well-appointed) home than a retail outlet.

“I wanted it to feel like I was walking into a friend’s house,” says Vassett leaflet. “A space that is genuinely warm and inviting, filled with beautiful objects that make you want to linger.”

True to their word, the new In-Bed space on the High Street in Armadale includes dining, kitchen and bathroom areas, as well as a bedroom set-up with signature linens. Find a wooden kitchen table, dual sinks, Akari pendant lights, terrazzo tile and textured walls, all working together to give the space a delightfully homey feel.

Rounding out the range are cozy nightwear and towels – and table linens – as well as a selection of pretty statement homeware, skincare products and incense sticks. The store also stocks brands like Walk in the Park, Workaday and Tara Burke Ceramics and more.

Vassett commissioned interior designer Flack to conceive the space, which focuses on natural materials with varied textures. “We wanted to work with a local studio in Melbourne that really understands and loves the city,” she says.

With the studio’s David Flack and Mark Robinson: “It was more of a discussion about what we’re about and how we wanted the space to feel [rather] than to dictate, ‘We must have this, we don’t want this,'” says Vassett.

The result is a 120 square meter space – nearly twice the size of the flagship store in Sydney – that reflects the continued growth of a label now poised for global expansion.

“For us, 2021 has been all about focusing on home soil and getting our Melbourne business up and running,” says Vassett. “For 2022 we are looking a lot at our international expansion, which is super exciting.”

In Bed recently launched its nightwear in the UK with Mr Porter, which will soon also be stocking its bed linen. And this year it will also launch a dedicated US e-commerce site.

“We’ve been thinking about it for so long,” says Vassett, “but with so many ups and downs over the past few years, we couldn’t fully commit the time and resources until this year.”