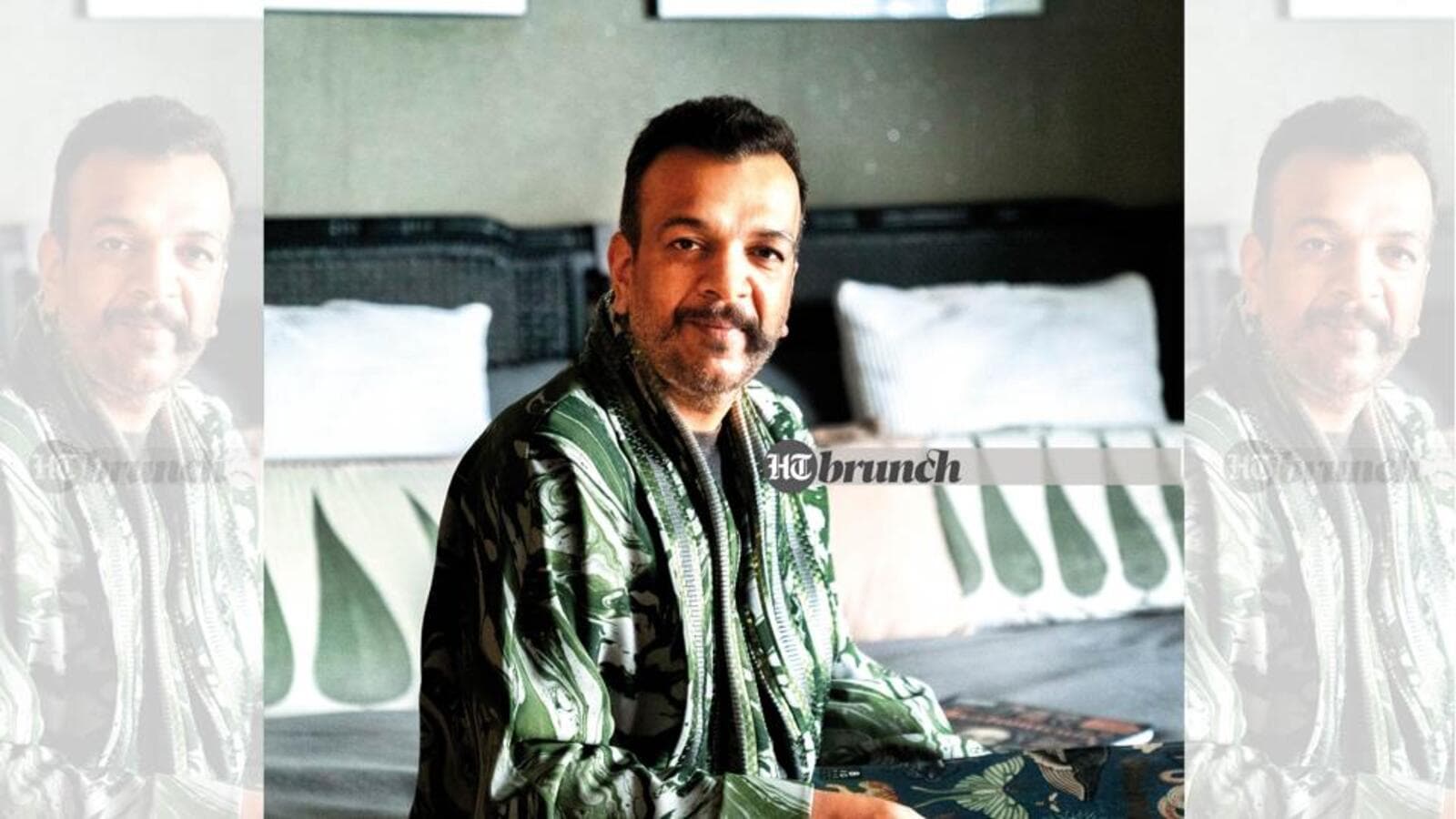 Looking at Amit Aggarwal the designer today, you’d never guess that the younger son of an engineer and a homemaker, Amit always excelled in his studies, with maths and biology being his favorite subjects. “I would rush to tuitions post my school, and afternoons and evenings were typically spent with the colony dogs and making homes for litters,” he says. But that doesn’t mean he ignored his creative instincts. Forever drawing in his coloring books or on the walls of his house, he was only nine when he realized he wanted to do something with clothes. At 18, he left Mumbai for Delhi to study at NIFT, a journey he says turned him into a man that needed to take responsibility for himself.

Today, the couturier is famed for his modern, unique designs often seen on red carpets. Personally, you’ll only see him in casual oversized black clothes, as he likes “air between my skin and the fabric. My arms need to be free to move, drape, sketch and hug!” In a nutshell, Amit says he is “Human. I am everything and I am not. I’m the same as you.”

The wackiest request you’ve ever gotten from a bride?

Once a mother-in-law of a very humble bride asked me to amalgamate five very different concepts of the collections in one piece because it was a huge wedding of 4,000-odd guests and, in her own words, said I could make the most expensive outfit we had ever made. I looked at the bride, who had her heart set on something the way it was and felt sad that she would have to wear something she wouldn’t be happy in. I politely declined.

Who was the first celebrity to ever wear your designs?

It was Priyanka Chopra Jonas and Sonam Kapoor; incidentally they ended up wearing the same outfit. This was during Morphe.

What was your biggest fan boy moment?

Meeting Mehr Jessia in 1993, at a trade show in Mumbai. I remember not washing my hand for a whole week where she signed it!

1. I am a very private person to the world, but to my partner and my family my life’s an open book. I share every little detail with them.

2. I have a very graphic sense of humor. I am actually superbly humorous.

3. I am a street food addict! I do very well with my forks and knives but it’s dipping my fingers into food that makes me weak in the knees.

What music do you listen to while working?

I don’t listen to music when I’m sketching or working. It distracts my thought process.

What is the one place you could go back to over and over again and why?

Thailand. It’s time the Thai government announce me as a citizen. There’s the sea, shopping and a sense of freedom. What more can one ask for?

What are you watching and reading now?

I just finished watching heartstopper and season 3 of Gullak. I like mush, humor and honesty, and if it has a great background score, then it’s a home run for me.

Describe yourself in a hashtag.#Forever.