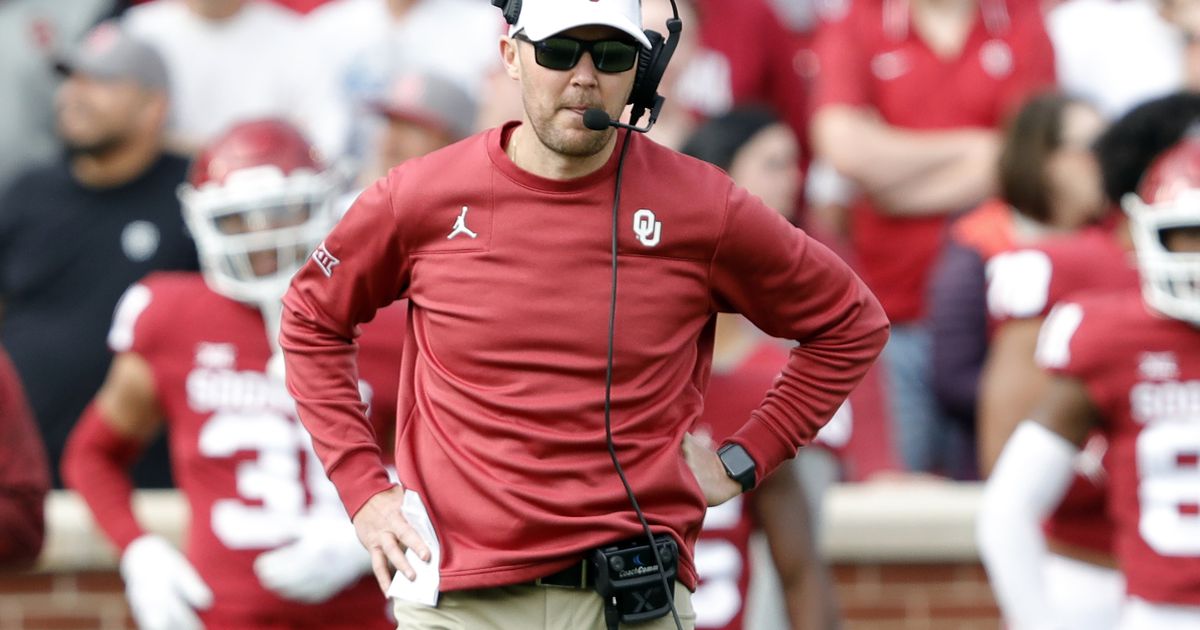 Lincoln Riley appears to have brought the rumors to bed.

The Oklahoma head coach was asked about rumors of a tie between himself and the soon-to-be-open LSU head coaching job after his team’s 37:33 loss to the state of Oklahoma on Saturday.

Riley didn’t wait for the question to end before answering.

Riley has previously denied any connection between him and the LSU head coaching post, and has done so in a similarly blunt, blunt manner.

But the rumors have been circulating since October, when the LSU announced that it would part ways with head coach Ed Orgeron at the end of the season. Those rumors were even brought back to life tonight during the Bedlam game when an LSU student reporter tweeted that Riley and LSU had reached an “oral agreement” on a contract offer. It has been retweeted over a thousand times.

Widely regarded as a connoisseur, Fox Sports college football correspondent Bruce Feldman doesn’t seem to think much of the possibility of a Riley-to-LSU deal.

As we reported last week, Lincoln Riley was a no-go at LSU, but that rumor and deals deal was like a wild train that only seemed to gain momentum as the days went on. https://t.co/bKia4tJXN7

Orgeron trained his last game with LSU on Saturday and led the Tigers to a 27-24 win over Texas A&M.

More coverage of Oklahoma from The Dallas Morning News can be found here.