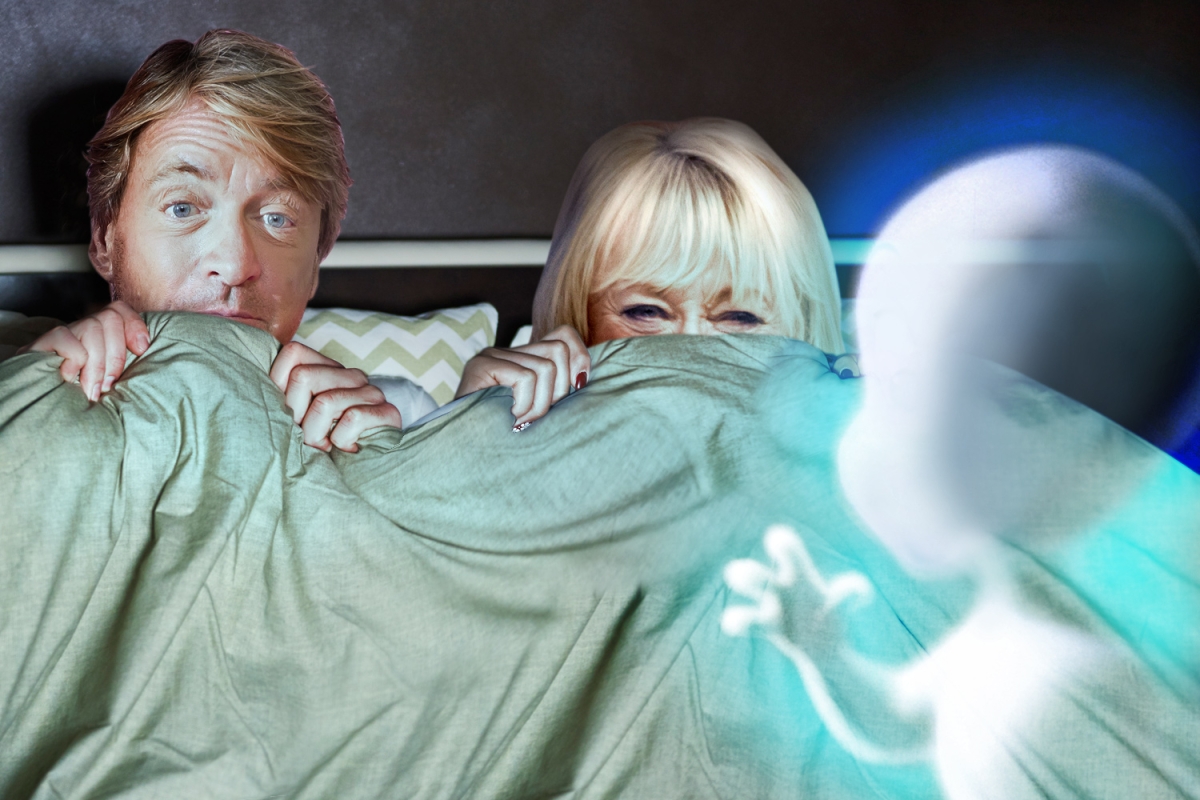 RICHARD Madeley has revealed that he and his wife Judy Finnigan were visited by a ghost in bed as he prepares to enter the haunted castle of I’m a Celeb.

The 65-year-old recalled the terrifying incident from a trip to Paris a few years ago – and revealed that he woke up when Judy, 73, got up, who he initially thought of.

He said, “I could see Judy sitting with her back to me on her side of the bed like she was going to the bathroom or something – but she didn’t move.

“And so sat a hunched figure on the other side of the bed. And it was such a shock that I made a strange, inarticulate noise. “

Good Morning UK host Richard added that its sound shocked the “ghost”, saying, “The moment I made a noise, this thing got up at ridiculous speed and shot across the room.”

But that wasn’t the only creepy thing that happened during Richard and Judy’s trip that night when she revealed her own paranormal experience the next morning.

Richard continued, “I was really shaken. The next morning Judy said to me, ‘Oh my god, I had the most bizarre nightmare. I dreamed that a ghost walked over my grave’.”

This weekend, Richard will be among the 10 celebrities moving into Grwych Castle and he will be joined by Loose Women’s Frankie Bridge, Emmerdale actor Danny Miller and Radio 1Xtra DJ Snoochie Shy.

And Richard insisted he won’t have a problem with the I’m a Celebrity haze – since he had an outside toilet as a kid.

He said, “My father’s parents had a farm in Shropshire.

“We used to spend a lot of time up there on vacation and stuff. They didn’t get full power until the late 1960s.

“It was very remote, or so it was then, and there wasn’t an indoor toilet until I was about nine or ten.

“So they were stupid. It was known in the family as the gloryhole. It was basically a wooden hut in the orchards behind the farmhouse. “

Richard Madeley reveals a terrifying moment when he was haunted by a ghost at Disneyland Paris, Ms. Judy