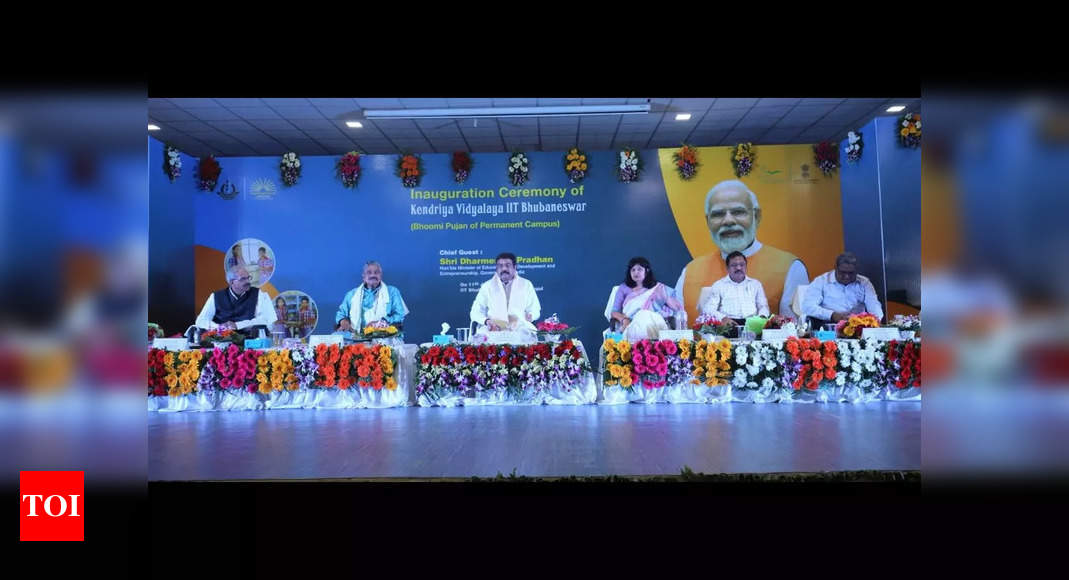 Bhubaneswar: IITs will soon offer four-year bachelor in education (BEd) courses under the Integrated Teacher Education Program (ITEP). Union education minister Dharmendra Pradhan said this while inaugurating the temporary building of Kendriya Vidyalaya (KV) inside the IIT Bhubaneswar campus at Argul near the city on Saturday.
He said the level of many BEd colleges in the state or country is not up to the mark. “We found that we could not get the teacher according to our expectations. If we do not get good teachers, we cannot expect good education. In view of this, Prime Minister Narendra Modi has advised us to teach the upcoming teachers well. That’s why we will start ITEP on pilot mode from this year,” he added.
Pradhan said IITs are the best institutions to train the upcoming teachers. “IITs have started offering humanities courses to students. Four-year BEd course will also be started from IITs. If the IITs teach and provide training to aspirant teachers, we can imagine the level of teachers will go up and students will get the best education,” he added.
Official sources said, IITs including IIT Bhubaneswar have already submitted applications by May 30 to start BEd courses in their institutions. After getting approval from the Union education ministry, these courses will be started. Most probably, IIT Bhubaneswar may start the admission process for four-year BEd courses from this year, said the sources.
Pradhan said ‘PM Shri Schools’ will be started in the country to prepare the students for the future. These schools will be the laboratory of National Education Policy (NEP). Under this scheme, each block of the country will get one or two such schools. “Around 15,000 such schools will come up in the country. If we calculate, Odisha will get more than 500 schools. Instead of opening new schools, we will convert any state government school or central schools under this programme,” he added.
He said five new Central schools will be opened in Odisha. The KV at IIT Bhubaneswar is the 66th KV in the state. The Union minister further said Rs 25 crore will be spent for the permanent campus of the KV spread over 10 acres of IIT land. Besides, the IIT Bhubaneswar will spend Rs 3-4 crore per year to run the school. It will allow admission from this current session for classes starting from standard I to standard V (single section in each class).