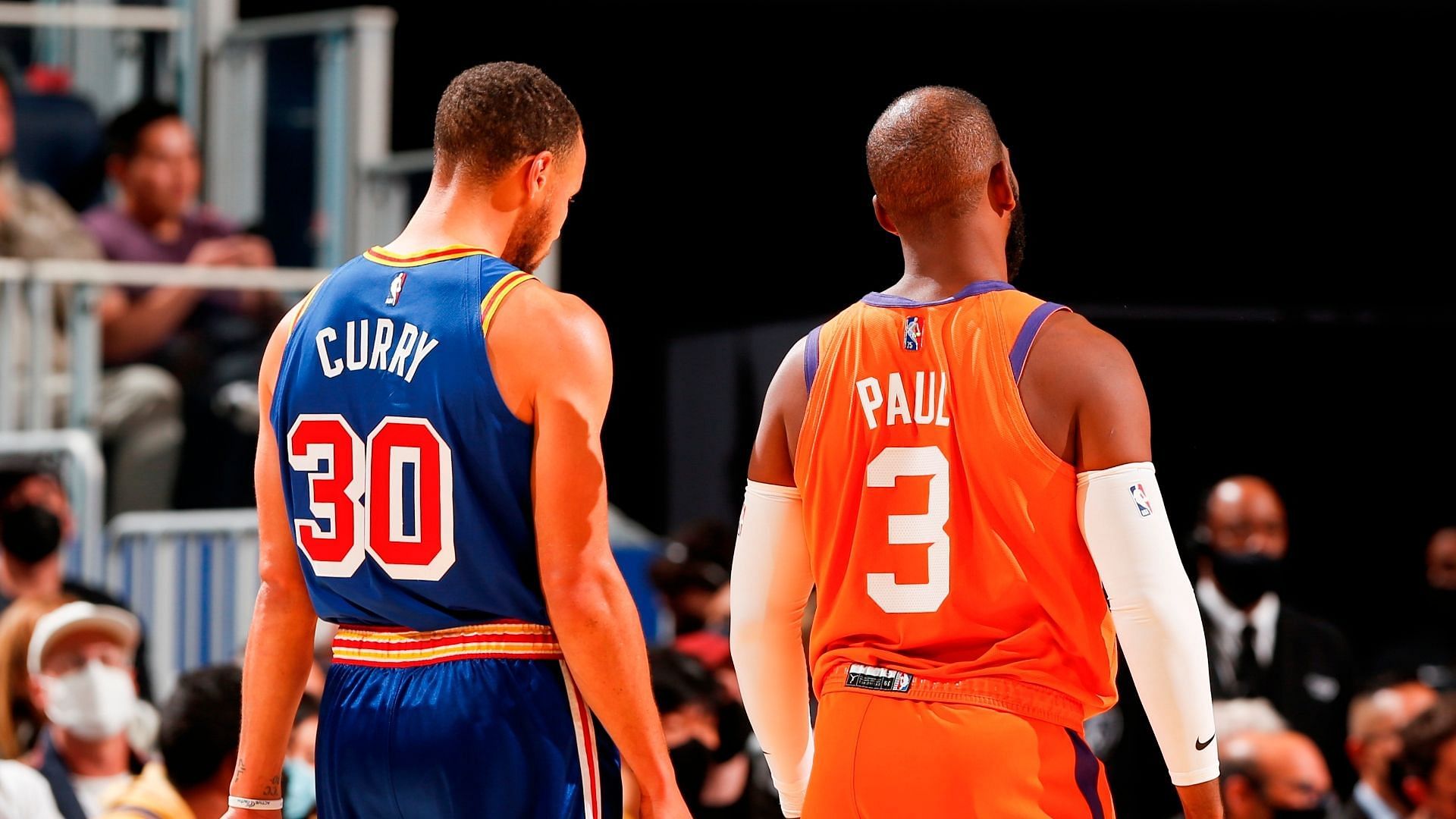 Patrick Beverley gave a hilarious response when asked to compare Steph Curry and Chris Paul after the Phoenix Suns got eliminated. Beverley is one of the league’s best perimeter defenders and is routinely tasked with guarding superstar point guards like Curry and Paul. He believes the greatest shooter of all time is certainly a tougher matchup than the Point God from Arizona.

Patrick Beverley’s Minnesota Timberwolves were eliminated by the Memphis Grizzlies in the first round of the playoffs. Beverley has since been tweeting and mocking teams and players in the postseason, taking on a pundit-type role. He appeared on a bunch of ESPN shows like “GetUp” and “First Take” to talk about the Dallas Maverick’s 123-90 Game 7 win over the Phoenix Suns.

When asked which matchup scares him the most as a defender, Curry or Paul, Beverley gave a funny answer:

“Do guys in the NBA go to sleep early the night before playing the Phoenix Suns? Hell, no. No … Chris Paul, individually. No. I’m going to Steak 44 over there in Phoenix. Imma have me some nice little wine, probably sweat it out in the pregame shootaround and get ready for Chris Paul.”

Beverley downright disrespected Paul and said that NBA players, especially himself, don’t take the Suns matchup seriously. Paul is 37 years old, and he doesn’t scare opposing defenders like he once used to. Beverley then drew a comparison with Curry, suggesting that the two-time MVP gets him locked in for the game:

PatBev says he’s staying up and enjoying steak/wine the night before playing CP3…In bed at 8pm and telling his mom and girl not to bother him when he has Steph the next night 😭😭😭😭https://t.co/icqrYxAghJ

Curry is the greatest shooter of all time who can erupt for a 50-bomb at any point. Any defender needs to be incredibly focused as the Baby-faced Assassin runs the court the entire game and launches shots with an insanely quick release.

Paul, on the other hand, is not someone who will torch the defense with his shot-making but rather his playmaking. Hence, the primary defender doesn’t have to worry about CP3 raining shots on him.

Patrick Beverley pointed out a key mistake coach Monty Williams and his staff made during Game 7 against the Dallas Mavericks on Sunday.

The Mavericks consistently targeted Chris Paul on defense and were hunting him down for matchups. Practically every Mavs player could post up or back down CP3, and they were making him work on the defensive end to tire him down. That’s a strategy the Pelicans showed worked well in taking the first round to six games.

On ESPN’s “GetUp,” Beverley suggested a bold idea to bench Paul during spurts when the game got out of hand:

“They benched the wrong person. Should’ve benched Chris. I’m not saying bench him out, once you see they start attacking Chris early and you know that might become a problem later on. You need to see how my team works without Chris in the game a little bit. I got benched, we won, though, so you don’t even remember that.”

“They benched the wrong person. They should’ve benched Chris.”

Beverley then brought up LA Clippers coach Tyronn Lue, saying he would have made the tough decision to bench Paul:

“As a coach, you have to understand ‘They’re attacking my main guy, and I can’t get buckets from him. I have to make an adjustment, whatever that adjustment is.’ And this is no fault against Monty. He’s a great coach. Coach of the Year. But T Lue? If T Lue is there, he is making that decision. It’s a hard decision, but he’s making it. … Coach the game , not the player”

The Suns were on a collision course with Steph Curry and the Golden State Warriors all season long. Many expected the two to be the ideal Western Conference finals matchup, but they blew a 2-0 series lead and then collapsed in Game 7.

Q.Who is the scarier matchup?