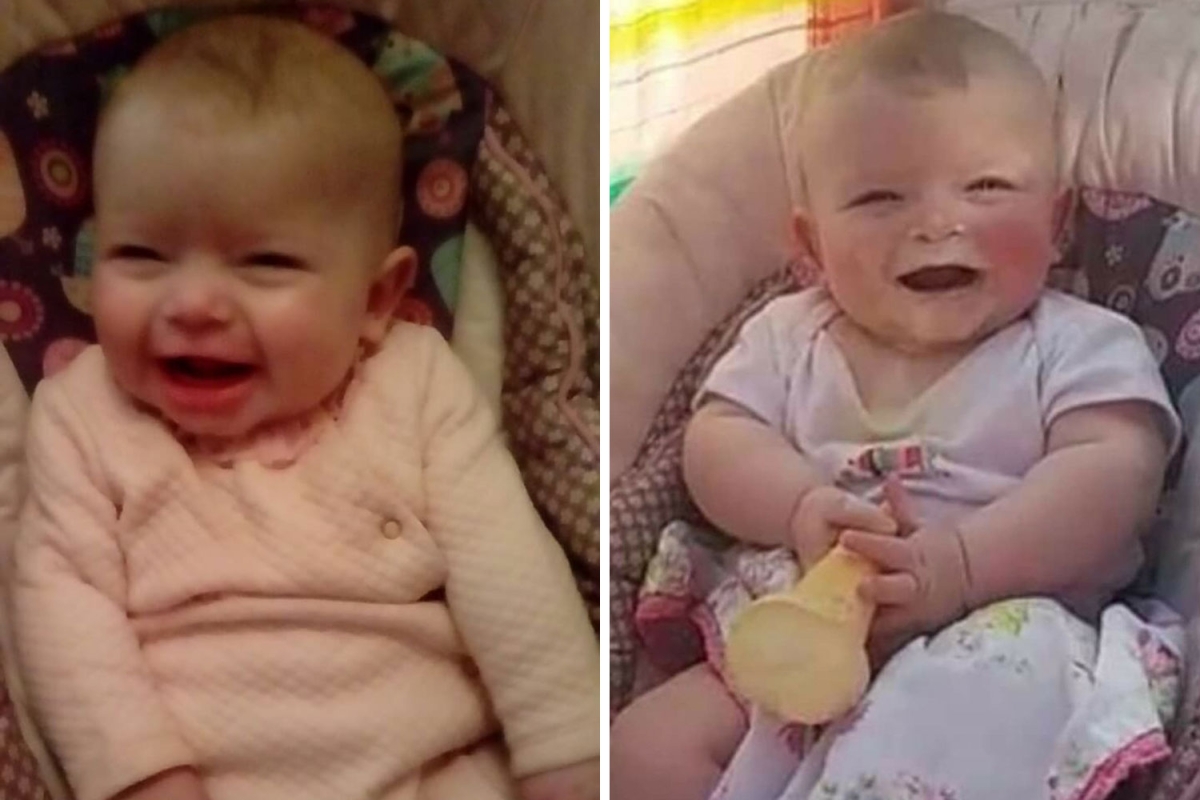 A HEARTBROKEN mum has told how she woke up to a “living nightmare” as she found her “happy, beautiful” baby girl dead beside her.

Faye Hughes, from Wales, was left devastated when her eight-month-old daughter Jorgie-May Nancy Thorpe passed away just months after being diagnosed with bronchitis.

The 31-year-old says the tot’s “life changed” two months after she was born in October 2017 as she was admitted to a hospital in Bangor with breathing difficulties.

Faye, who has four other children, told North Wales Live: “She was so poorly she was nearly vented off (put on a ventilator) and taken to Alder Hey. I thought that was the worst day, but that was still to come.

“Jorgie scared the doctors because she couldn’t keep oxygen in her body or generate it around her body like other children.

“She was monitored at Bangor in case we did have to go to Alder Hey, but my girl smashed it and was allowed home in time for her brother and sister’s Christmas shows.

“She was finally diagnosed with bronchitis.”

Faye says she and little Jorgie became “regular” patients at doctor surgeries as she feared for her breathing.

After giving her Calpol at 11.30pm, Faye tucked Jorgie into bed next to her.

“It was 7am the next morning when I woke and something was telling me to look at Jorgie,” she said.

“That feeling no mum should ever feel. My world was broken.

“My Jorgie-May fell silently to sleep. I just knew in my heart she was gone. I just remember screaming my house down.”

Devastated Faye has channeled her grief by supporting fundraisers and campaigns about baby loss.

The mum is now organizing an event called Sleeping Babies Fundraiser to raise cash for the Lullaby Trust, which supported her family after Jorgie’s death.

“Everyone she met instantly fell in love with her. She will always be remembered and will never be forgotten.

“When Jorgie-May grew her wings, the support from the Lullaby Trust was absolutely amazing.

“They even provided toys and books for the kids to help them cope with their loss.

“Let’s keep our babies’ memories lit so bright and remember them with smiles or tears.”