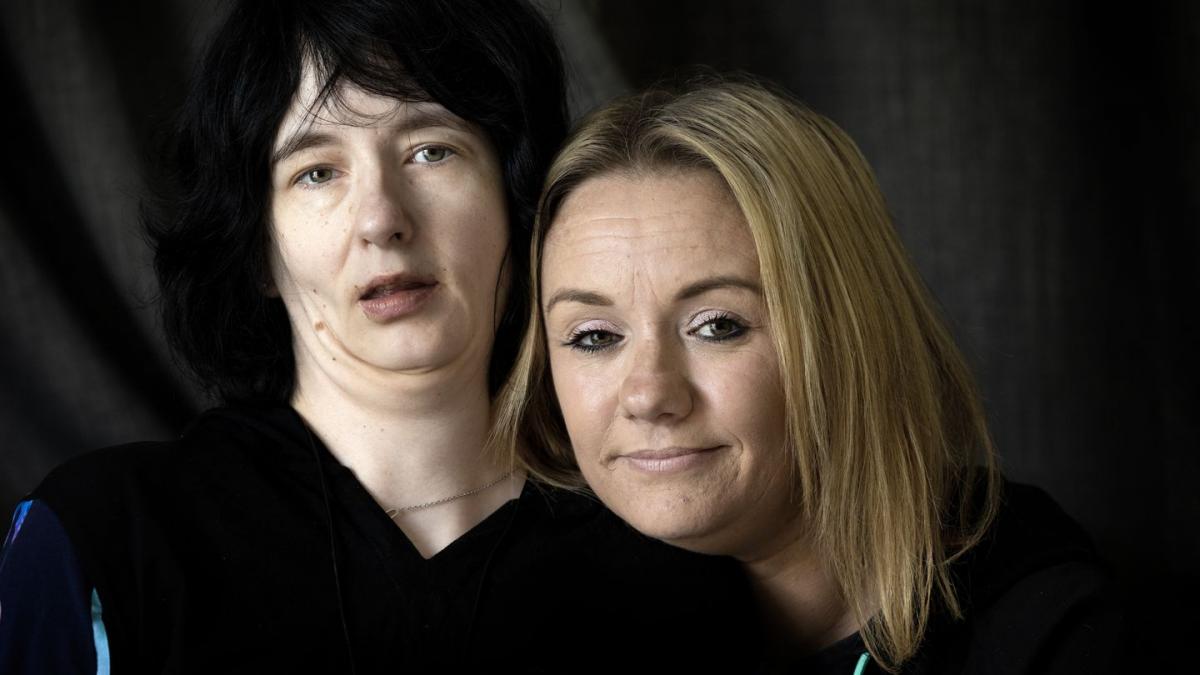 A woman has lodged complaints about the care of her disabled sister who, she says, was left lying in a soiled bed, covered in her own faeces and unable to sit up because she was so malnourished.

Anna Mills (38) was severely underweight when her sister Sarah-Jane Mills removed her from an IDEA Services residential care home in Gisborne.

“The weight was horrific. She was 35 kilos. She smelled like someone dead,” Sarah-Jane Mills told The New Zealand Herald.

“Her bedding was soiled. She was completely incontinent. It was like she hadn’t been showered for weeks.”

Mills was so shocked by her younger sister’s condition she has now complained to the Health and Disability Commissioner (HDC) and the Human Rights Commission about the care provided by IDEA Services, a subsidiary of IHC. She is also considering legal action.

IDEA Services has said it cannot comment on the case while it is before the HDC.

Anna was born with the genetic condition myotonic dystrophy, which causes progressive muscle weakness – the same condition her mother died with 17 years ago, aged 53.

In her 20s Anna lived with her sister in Pirongia, Waikato, until Mills became pregnant. She then went to live with her father and stepmother in Gisborne and moved into an IDEA Services care home a decade ago.

Mills said Anna was initially happy living in a house with others, but after a move to a new home with an unpredictable, intellectually disabled flatmate, Anna began to fear leaving the safety of her bedroom.

Mills claims that earlier this year she tried repeatedly, but without success, to video call her sister.

She suspected Anna was sick with a virus and going downhill. Then, for three weeks she couldn’t get hold of Anna at all, she says.

Without contact from her sister, Anna became distressed and stopped eating, Mills said.

“No one tells me she’s stopped eating,” Mills said. “And then Anna rings me and says: ‘I’m going to see Mum now’. I said ‘No that’s not going to happen’ and I got to Gisborne real quick.”

Mills said what she found was disturbing.

“She had no energy to the point where she couldn’t even sit up and get out of bed. She’d had two falls within the last three-week period I was not aware of, and she was hospitalized both times. She was so badly smelling that I put her in the shower to do her care and her legs were like toothpicks. And I’m bawling. Because how can they keep that from me?”

In her complaint Mills said Anna was “critically unwell”, had lost 16kg and was malnourished and dehydrated.

“I was crying for help and nobody would even come and check on me,” Anna told the herald.

Mills claims that Anna’s clothing was soiled, stained and had holes. Anna’s balance was poor and she needed urgent dental treatment, Mills said.

Mills, a former caregiver, said ultimately she did not blame the workers for Anna’s state.

“I blame the service. Those workers, 75 percent of them were amazing. They were constantly under the pump with five clients with high care needs and no support,” she claims.

Before she found Anna underweight, Mills said she tried to find out what was wrong with her sister but claims her concerns were downplayed.

She was able to get Anna eating again and left Gisborne to attend a prior commitment, only to get a call from her sister that weekend.

When Mills returned to Gisborne she found Anna in the hospital emergency department with trouble swallowing.

On discharge, Anna couldn’t return to the care home because a staff member had tested positive for Covid-19, Mills said.

Anna decided to relocate to Mills’ home and since returning to Pirongia four months ago she has put on 18kg.

She no longer needs the antidepressants prescribed in the care home. Her incontinence has largely resolved and she can toilet herself. She can swallow again and eat food. She has a social life – celebrating her 38th birthday with a party – and is no longer living in fear.

Anna qualifies for funding for a weekday caregiver who takes her shopping and horse riding among other activities, as well as a cleaner and respite carers.

the herald has seen Mills’ complaints to the HDC and the Human Rights Commission. She is also seeking legal advice regarding a civil suit against IDEA Services and is considering a complaint to the Ombudsman, who monitors the rights of disabled people.

She is telling Anna’s story because she wants systemic change. She wants IDEA Services held accountable for what she describes as Anna’s neglect and for the home in Gisborne to be audited.

“We want everybody in New Zealand to know this is happening and everyone who has people in residential care facilities to check on their people.”

She said in the past they had been “too scared” to complain about incidents in case it negatively affected Anna’s care or that the family might be asked to remove Anna.

“So families think ‘We can’t complain’. But I can complain because she’s never going to be put in care for the rest of her life.”

An IDEA Services spokesman said it was unable to comment while a complaint was with the HDC.