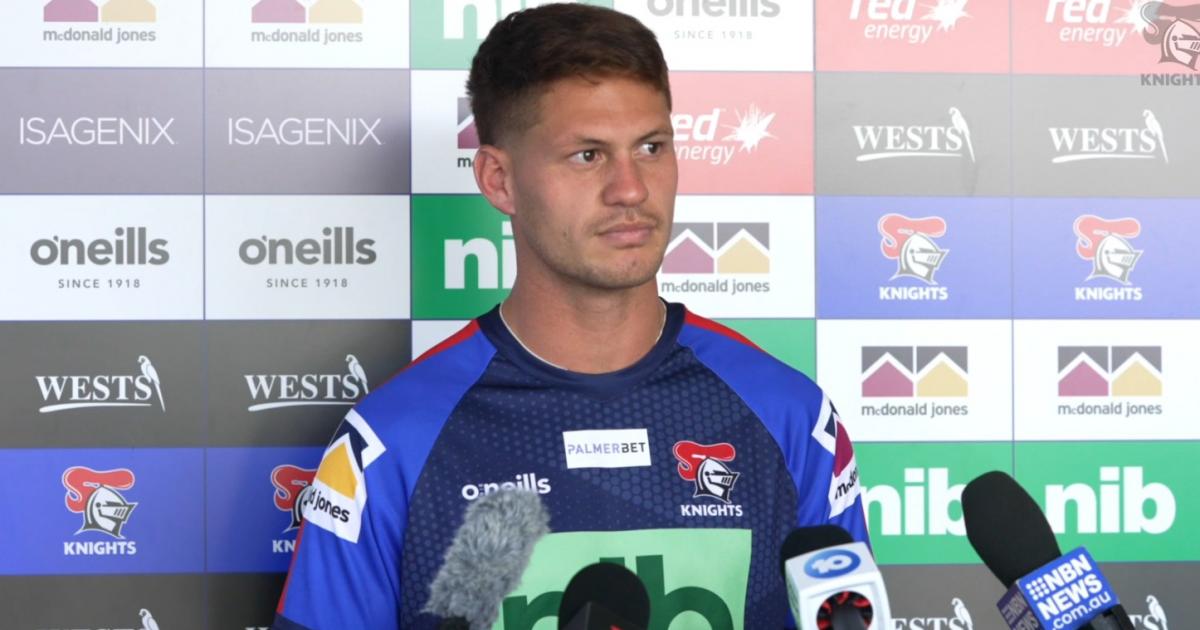 Kalyn Ponga has put an end to suggestions that it could be postponed in half to cover Mitchell Pearce with the Knights next season.

On his first day back to Newcastle’s pre-season training, the Queensland Origin star announced that he has teamed up with manager Adam O’Brien to outline his hopes of sticking to the # 1 jersey for the next season.

Ponga, perhaps the NRL’s most dominant offensive weapon, has long been debated for a permanent move to the halves where it would be closer to the ball.

It has been suggested as a solution to cover outgoing Pearce who will be joining the Super League next year, but the superstar defender believes he has a lot more to offer in his favored position.

“There was discussion, but I put that to bed,” Ponga told reporters on Wednesday.

“I had a chat with Adsy and we decided what I wanted to do and what we think is best for the team and now I’m pretty reassured – I want to play full-back.

“I want to work on the back of my craft. I still think I have a lot to do, so my aim is to be better in my position.”

The Knights have been linked with Luke Brooks and Scott Drinkwater as Pearce replacements, but Ponga is confident the club will have the cavalry to occupy the halfback space at Adam Clune and Phoenix Crossland.

Newcomer Clune, who has 25 NRL caps for the Dragons, made an impression at the start of the pre-season and won many of the club’s fitness tests, while the 21-year-old Crossland has also made 16 appearances for the club since his debut in 2019.

“They are massive shoes (Pearce’s) but it’s a chance for our younger guys to assert themselves so they can shine,” added Ponga.

“I’ve had a bit to do with Clune and obviously Phoenix got the hang of it, he’s getting better every year, I’ve played with Cliffo (Clifford) and he’s going to get better too.

“We have some good characters (and) we’re in a position where we want to work hard and get better.

“So I think it’s a healthy competition in halves.”

While Pearce means a great loss of experience on the field, the arrival of club-sized and immortal halfback Andrew Johns as a spinal consultant in the coaching department leaves many looking forward to the Hunter in anticipation.

Ponga already had a few one-on-one sessions with Johns before pre-season officially began and believes its impact will be “massive” across the club over the next year.

“I’ve already had two sessions with him and from those two sessions alone I can already feel the amount of detail, attention and care he has,” said Ponga.

“It’s pretty exciting for me and for the halves, the spine, the strikers. He’s going to be great for us.”

“He speaks for himself and I look forward to working with him.”

At Pearce, Ponga was sad to see such a strong club carry on but admitted that it was the best decision for him.