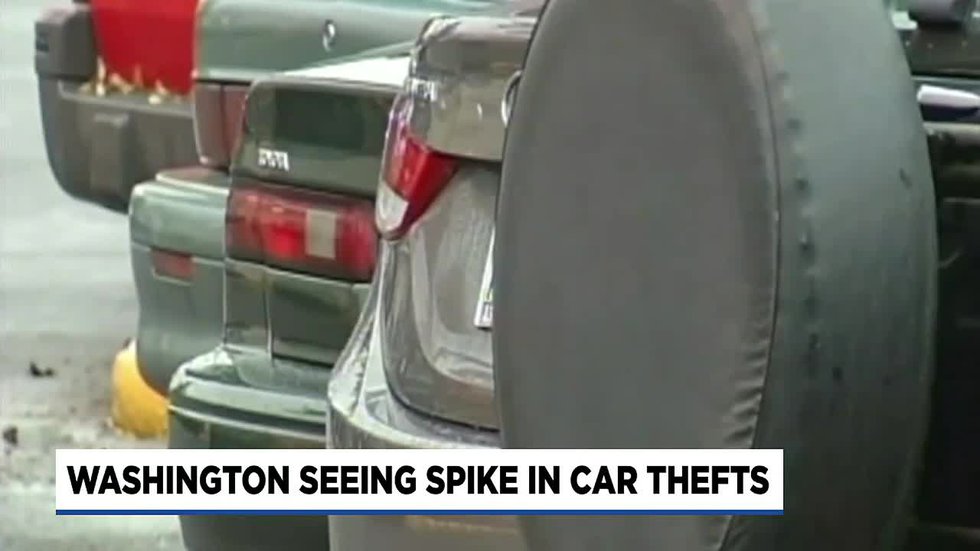 CLARK COUNTY Wash. (KPTV) – Car thefts have nearly doubled in Washington, according to a report released by the Washington Association of Sheriffs and Police Chiefs.

The report found that the thefts have increased 88 percent from this time last year and are up 99 percent from March of 2022 compared to March 2021.

In Clark County, victims describe it as the Wild, Wild West, where criminals take their pick of cars without fear of consequence.

“People come in and they will use five cars as a battering ram just to get the one out that they want,” said Rachel Frankel, who owns Top Auto Brokers LLC. In Hazel Dell with her husband.

Frankel said they’ve had four cars stolen off their lot in the last year and 17 catalytic converters sawed off their inventory.

Nobody has been arrested for the crimes.

“It’s crazy because there’s no consequences,” Frankel’s husband, Curtis Powell said. “They’ll catch them in the car, and they’ll let them go.”

“You want to throw up and think, maybe I should segue to something else because how long can I keep doing this,” Powell added.

Frankel said deputies rarely come out to investigate after a car is stolen or damaged, but the family doesn’t blame the sheriff’s office.

“They don’t have time for that,” Frankel said. “They have to triage the most important stuff because the crime rate is through the roof here and they can’t keep on top of it.”

Most of their stolen cars are later found in Portland, trashed with a cruddy paint job.

“We’re just taking a loss and it hurts as a small business,” Frankel said.

Victims said they’re not only footing the repair bills — but also investing hundreds, if not thousands of dollars to protect their property from future crimes.

Tim Brandemihl told Fox 12 his catalytic converter was stolen from his truck over the summer, in broad daylight while he was shopping at Kohl’s in Hazel Dell.

Then, a couple of months ago, the truck was stolen from outside his home.

When he got it back and the damage fixed, Brandemihl said someone tried to steal his truck again.

So now he has a new alarm system, new cameras and new flood flights.

“I sleep with my gun next to my bed now and my truck parked right outside my window,” Brandemihl said.

“Unfortunately, I think it’s going to come down to a lot more vigilantism is going to start happening,” Brandemihl added.

The Washington Association of Sheriffs and Police Chiefs (WASPC) believes that new laws that went into effect last July are partially to blame for the explosion in car thefts.

The consequences, according to WASPC, “placed blanket restrictions on the tools law enforcement could use to detain, pursue, and investigate suspects. Since the laws changed in 2021 vehicle thefts have increased 93 percent which WASPC believes is a direct result of the restrictions on investigating criminal activity.”

WASPC said the organization expects more than 50,000 vehicles will be stolen in 2022 if something isn’t done to make it easier for law enforcement to pursue suspects and investigate car theft crimes.