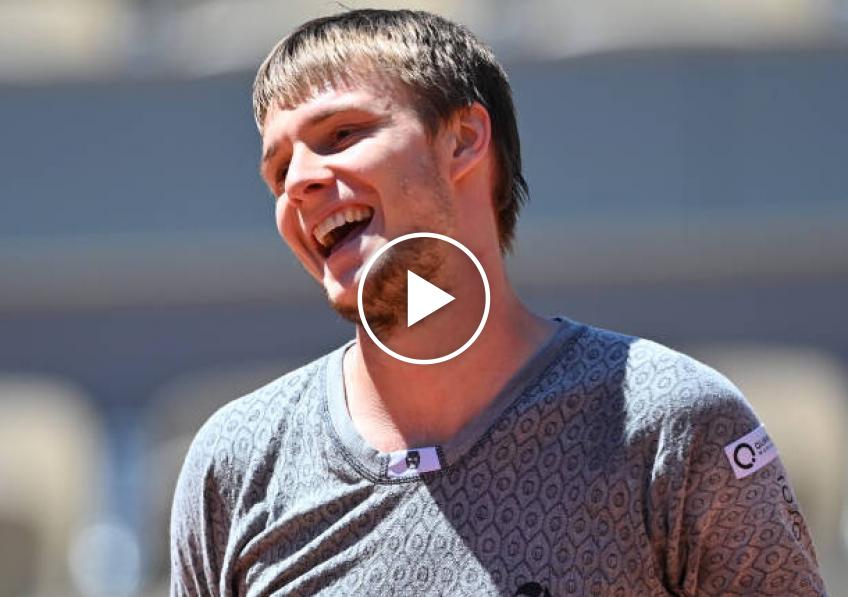 Laughter is almost always guaranteed when Aleksandr Bublik is interviewed at the end of a match. The Kazakh tennis player made some curious statements to the ATP, immediately after the ‘crazy’ victory obtained in three sets over the American Frances Tiafoe in Eastbourne.

“I don’t like playing in these windy conditions. I’m enjoying playing on grass, at least I don’t need to run a lot, you don’t get too tired. It’s not like dirt, I mean everything is good except clay.

So I’m happy to play here anyway,” he analyzed first. When asked: what do you like? The 25-year-old didn’t hesitate with the answer: “I like lying on a bed. That’s what I do, I like lying in bed and enjoying the view, not being here.

But I have to do my job. Come on guys, don’t you like the same thing? Nobody wants to go to their work,” he concluded amid the laughter of the audience. Here is the video released by Tennis Tv on the curtain at the end of the match.