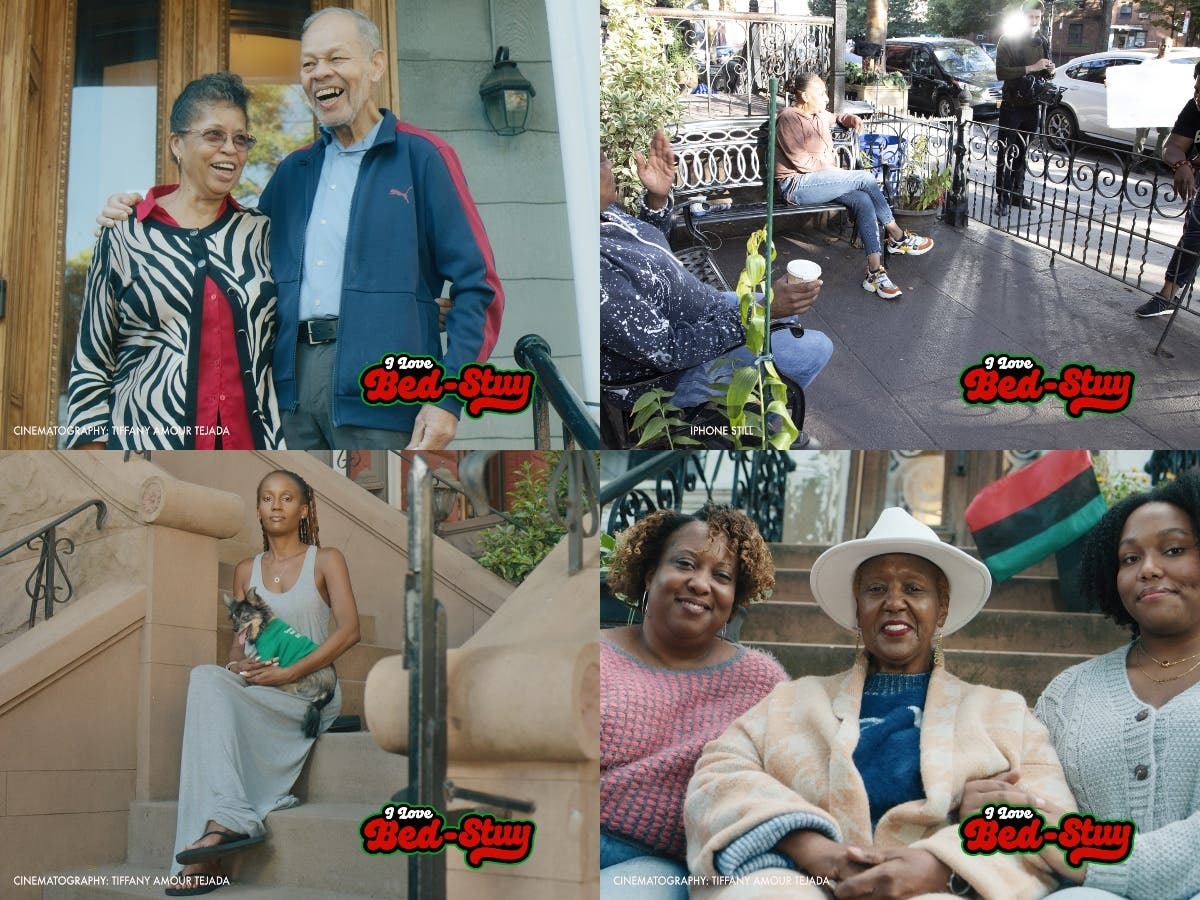 BED-STUY, BROOKLYN — Filmmaker Sekiya Dorset first started exploring the magic of Bed-Stuy with a camera more than a decade ago.

A neighborhood newcomer herself at the time, Dorset got to know her neighbors by interviewing longtime public housing residents for a graduate school project.

It wasn’t until one day just a few years ago, though, when she says the need for those stories really clicked.

As she left her Bed-Stuy home for a Juneteenth event, an Airbnb tenant who was staying in her building texted her, saying she had heard gunshots and seen broken glass and had to leave.

“She said, ‘I don’t feel safe here,'” Dorset told Patch. “I was like — I just came off my block, I live in this building. This perception of Bed-Stuy is what I realized really needed to be addressed.”

The moment revived a motivation in Dorset — whose work has been featured on Netflix, NBC, the Tribeca Film Festival — to document the history of the neighborhood she called home.

It was a history, it seemed, that was at risk of disappearing as thousands of new residents move in.

Dorset’s new film, aptly named “I Love Bed-Stuy,” will memorialize that history by combining documentary-style interviews with longtime residents and a fictional recreation of the experience that inspired the piece.

It will follow an actress playing an Airbnb guest as she learns, through the Airbnb host, “how cool Bed-Stuy really is” through real-life stories of the neighborhood, Dorset said.

Newcomers who view the film will be able to learn about the Bed-Stuy “beyond the Biggie Smalls or the Jay-Z” that lives within its residents’ experiences, Dorset said.

But the film should also be exciting for longtime neighbors, who will recognize well-known families, elected officials or pop culture moments that make up Bed-Stuy’s history.

Interviews include legacy families like the Atwells, iconic Brooklyn politician Albert Vann and one of the first people Dorset met when she moved to the neighborhood, longtime Brevoort Children Center teacher Ms. Brown.

The film will also include some footage from Dorset’s 2008 graduate school project, in particular a beloved neighbor who called herself a “stoop sitter” and has since passed away.

Dorset said filming has also helped uncover lesser-known personal stories about her neighbors — whether that be Executive Producer Will Durrah’s parents bringing horses to a block party decades ago or a three-generation Bed-Stuy family she found through Facebook, one of whom worked on Spike Lee’s “Do the Right Thing.”

“There are these little gems of stories that I feel like are slowly but surely fading,” Dorset said, adding they’ve become even more important given the coronavirus crisis. “So many people have died during the pandemic we even missed some stories — and we don’t want that to happen again.”

“I Love Bed-Stuy” will likely premiere in 2023 when Dorset and her team are able to finish filming the documentary parts and wrap up post-production. One of their bigger goals for the rest of the year is getting in touch with Spike Lee, Dorset said.

The team is also still open to finding Bed-Stuy stories from neighbors and are encouraging residents to reach out on their Instagram page or through a fundraising campaign for the film.